Home Carroll video is a joy to watch 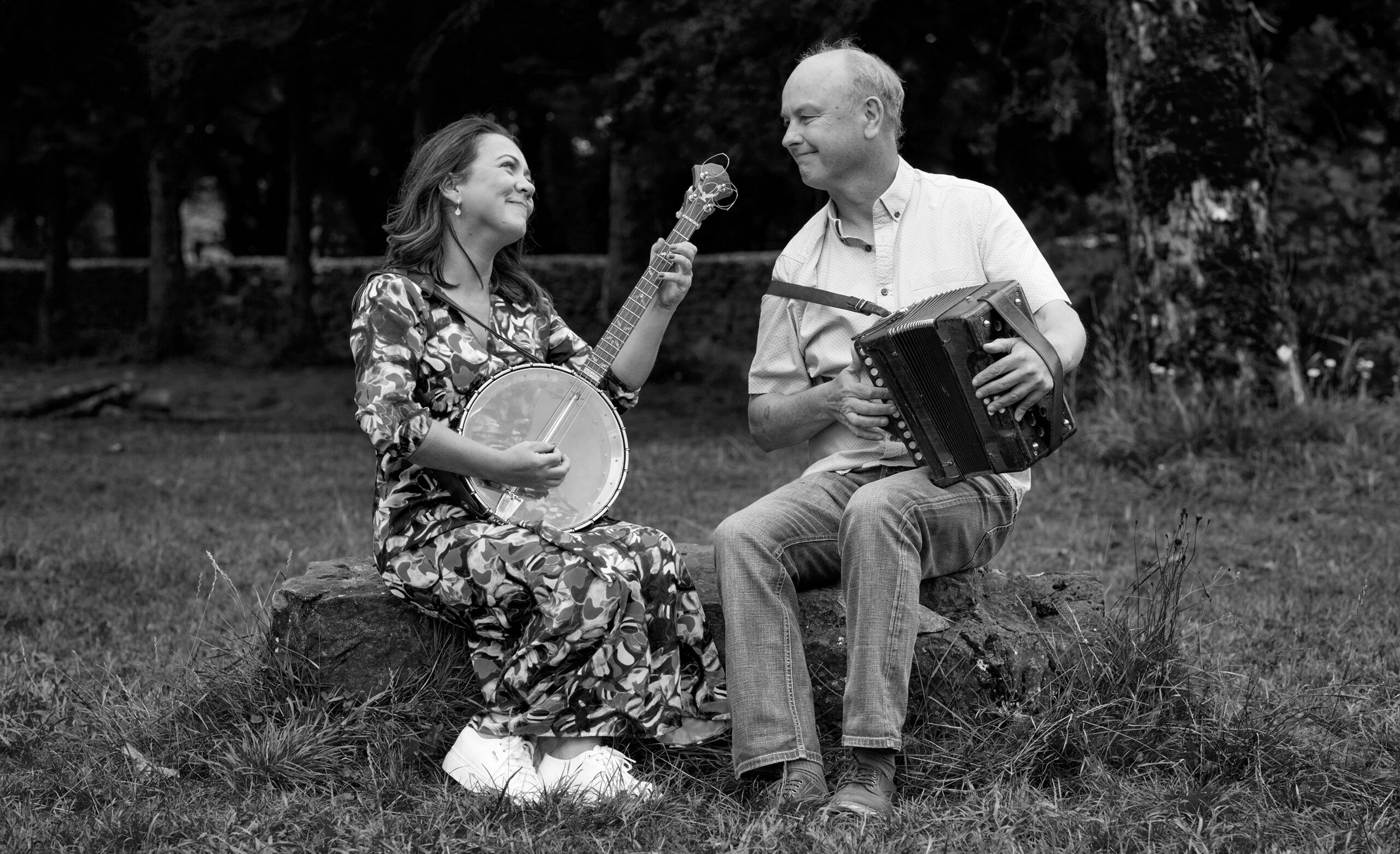 Carroll video is a joy to watch

The name Donie Carroll is well known to folks in the Tri-State Area and beyond.  A great singer and one of the most generous people out there, Carroll traveled back to his native Cork for Christmas for the first time in 28 years.  While he was there, he spent time with his son Frank (among many other friends and family members), and when it came out that Donie had no recordings of his own father singing, Frank “decided it wouldn't happen with him” and arranged a video shoot that’s really worth watching.

Filmed in Cork’s An Spailpín Fánach, Carroll sings three songs (“Isle of Marie,” “Till We Meet Again,” and “Come To the Bower”), talks about where he got them, and says a bit about the old days in Cork.  It’s beautifully shot, a joy to watch, and captures Carroll in a most engaging way.  Have a look at tinyurl.com/DonieInCork.

This week, I’ve been listening to “Back in Time,” the newest album from Angelina Carberry and Dan Brouder.  A banjo/accordion outing that includes no fewer than 13 guests (on a variety of instruments), it is a brilliant recording of very rooted and very relaxed playing with an added dose of heavy soul.

This pair of musicians really needs no introduction to traditional music fans.  Brouder is an outstanding button accordion player who grew up in West Limerick, where learned the local style from a number of folks grounded in the area’s music.   Although his 2011 solo debut the “Lark’s Air” raised his professional profile, he had already well established himself (and continues to, still) through numerous recordings, festival appearances, and performances on Irish radio and TV.

Carberry is one of today’s most consequential and widely loved banjo players.  Born in Manchester to a County Longford family with long roots in traditional music, she’s moved around some but eventually returned to Longford, where she and Brouder call home.  She’s made several distinguished albums, including “Memories from the Holla” (with her dad Peter and John Blake, 2001), “Angelina Carberry and Martin Quinn” (2003), “An Traidisiún Beo” (2005), “Plucking Mad” (2014), and “Waltz for Joy” (Brouder, 2014), and in a major bit of recognition was last year named the Gradam Ceoil Ceoltóir na Bliana/Musician of the Year.

The two make incredible music together.  Their tempos and approach to phrasing are deliberate but light, and they play with the finest tone.  (Carberry, in particular;  the sound she pulls from her instrument is incredible – often imitated but never duplicated.)  However, what makes their music even more attractive is the tune selection.  Carberry’s albums (like those of her father) seem to have more than their fair share of great and interesting tunes, and this one’s no exception.

On this one, Carberry and Brouder have made a concerted effort to explore the history of music in Longford.  For example, many of the tunes here come from the “Michael Leonard and Thomas Kernan” manuscript, which dates to 1844-1850 and provides an incredible glimpse into the music people were dancing to in the mid-19th century. (Great story for this one – the manuscript was found in the attic of a pub in Abbeyshrule, Co. Longford, in 1962.  It turns out that Kernan was Leonard’s teacher, and Leonard’s family owned the pub.)  Others tunes come from rare 78rpm recordings of Longford musicians like fiddle player Packie Dolan, Frank “Patrolman” Quinn, and Margaret McNiff-Locke, made in New York City in the 1920s-1930s, while others still are of more recent vintage.

There is so much to enjoy on this album.  I love the playing and spirit on “Tommy McCarthy’s / …,” a set of jigs on which Carberry is joined by her father Peter (banjo) and daughter Shaunagh (tenor guitar).  Another of the album’s great jig tracks is “The Mule That Broke My Heart / …,” which features Carberry alone, backed by John Blake (who appears on eight tracks).  Her playing here is so cool, as are the tune selections, which are suitably unusual and quite interesting.  (You get more of this sort of thing on “Seamus Thompson’s / …,” a great reel track with Blake on piano instead of guitar.)

“Back in Time,” after which the album is named, is a terrific and recently composed waltz by Grace Kelly of Manchester, who plays whistle.  Here, the phrasing and tone of Brouder’s accordion sit really nicely with the sounds of the whistle and tenor guitar and makes for a standout track.  Brouder – this time on melodeon – is excellent on “The Rolling Rocks of Glan / …,” a set of tunes that comes from the famous McNulty family.  Here, dancer Ryan Owens adds a step to the proceedings that brings to mind a feature on some of those early 78rpm recordings.

Carberry is joined by Longford banjo player Elaine O’Reilly on “Kit’s Dream / …,” a great set of relatively recently composed hornpipes  I find the sound of the two banjos on this one angelic, ’tho the hard-hearted and uncultured out there might disagree with me there – great music all the same!  I’m also fairly partial to “Green Grows The Rushes O / …” a set with highland and a couple strathspeys.  Carberry and Brouder sound very much at home with each other on this track.

The album closes with a salute to the next generation of players.  “The Night of Fun / …” leads a set of slip jigs that includes lovely musical contributions from Shaunagh (tenor guitar), Carberry’s nephew Conor Lane (flute), and Carberry cousins Meabh (fiddle) and Deirdre (harp).

“Back in Time” is an amazing album.  I am a big fan of the banjo/accordion pairing – and you’re not going to do much better than this – but I also appreciate the local archeology that’s gone into the curation here.  The sum total is just gorgeous and a must-have if you’re a fan of traditional music.  There are a lot of musical reasons to want to rush out and get this one (and if you’re from Longford, especially, there’s really no reason not to have it), and I highly recommend you do. To learn more and to order, visit carberrybrouder.com.