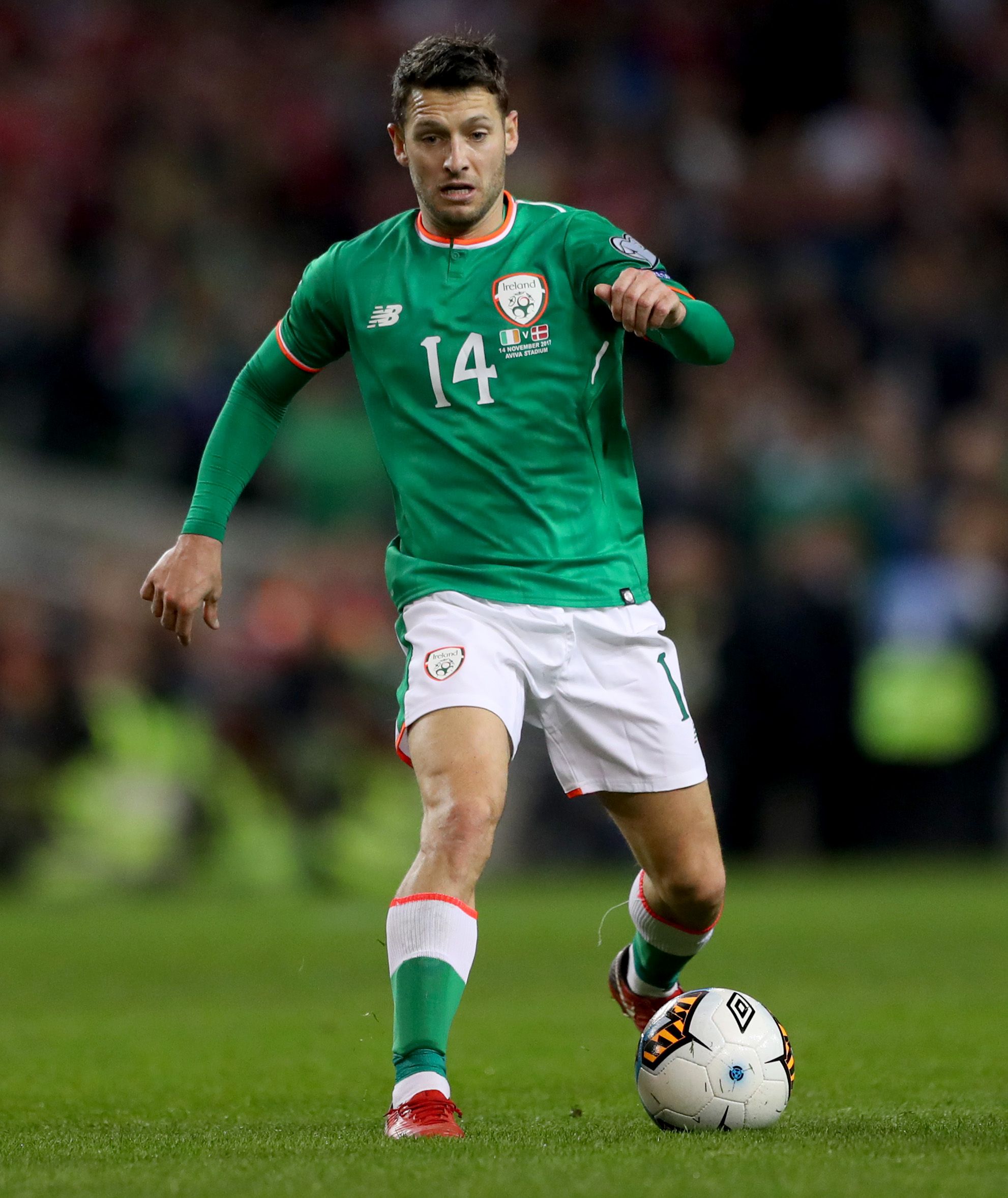 Cambridge United's Wes Hoolahan playing for the Republic towards the end of his international career in 2017. INPHO/JAMES CROMBIE

A few decades back when we were all a bit younger the FA Cup Final at Wembley was the highlight of the English soccer season. In recent years the high stakes of the EPL have replaced the Cup Final as the main event in England, but there is no doubt that the excitement of the FA Cup where the minnows always have a chance of pulling off a shock result, lives on in the earlier rounds. This year the FA are celebrating the 150th anniversary of the FA Cup; the first -ever FA Cup Final between Wanderers and Royal Engineers was  played at Kennington Oval on March 16, 1872. And there's no doubt that the “magic of cup” continued last weekend with several shock results in the 3rd round.

Pride of place probably went to Cambridge United from the third-tier League One who beat Premier League club Newcastle United 1-0 at St James’ Park. Former Irish international Wes Hoolahan, who will be 40 in May, was a second half-sub for the winners. Once again Jeff Hendrick spent the afternoon on the Newcastle subs bench and with Kieran Trippier joining the Magpies last week, one has to wonder about the Dubliner’s future at the club. Another former Irish international in the news was Shane Long, who got Southampton’s third goal in their 3-2 away win over Swansea, who included Irish players Ryan Manning and former Saint Michael Obafemi.

Arsenal have been to a record 21 FA Cup Finals, and have notched up a very impressive 14 final wins, also a record. The most recent was in 2020, but 2022 will not be the year for a 15th as they lost away to Nottingham Forest at the weekend. Michel Arteta criticized his players “lack of hunger” in the 1-0 defeat to twice European Cup winners Forest, who are currently 8th in the Championship.

Manchester United, then, have a chance to close the gap on the Gunners. The 12-time FA Cup winners had a potentially difficult 3rd round hurdle on Monday evening at Old Trafford in the form of Steven Gerrard’s Aston Villa. The Birmingham-based club have seven FA Cup Final wins to their name, but the last was back in 1957 when they edged United’s Busby Babes 2-1 at Wembley. The Villans hadn't won an FA Cup tie since their 3rd round replay against Wycombe in 2016. And heir cup woes continued with two 2nd-half goals being disallowed, which meant that Scott McTominay’s 8th-minute header proved enough to put United into the 4th round.

Callum Robinson gave West Brom the lead at home to Brighton, who were captained by Shane Duffy. Republic of Ireland under 21 international Evan Ferguson was introduced by Brighton manager Graham Potter in the second-half and the 17-year-old from Bettystown in County Louth set up an equalizer for Moder in the 81st minute and then Maupay got the winner for the Seagulls in extra time.

Seán McLoughlin says he is the only Kerryman playing in the English Leagues right now. The 24-year-old midfielder, who was was born in the Bronx and lived there until his family moved to Castleisland when he was 5 years old, started for Morecambe in their big game against Spurs at the White Hart Lane Stadium. The League One visitors opened the scoring thanks to a goal from Cork-born captain Anthony O’Connor, but the EPL club came back to win 3-1. Dubliner Matt Doherty started for the winners.

Cork-born Caoimhin Kelleher continued in goal for Liverpool on Sunday and 17 year-old Kaide Gordon became Liverpool’s youngest FA Cup goalscorer as Jurgen Klopp returned from Covid to watch his team beat Shrewsbury 4-1. Gordon’s goal was set up by 18-year-old Conor Bradley from Aghyaran in County Tyrone. Youri Tielemans, who got the winner for Leicester in last season’s Cup Final win over Chelsea, got their first goal from the penalty spot on Saturday as the Foxes beat Watford 4-1.

Irish international Adam Idah was a late sub for Norwich, who put their relegation worries aside for one weekend to beat Charlton from League One 1-0 at The Valley. Wigan, who won the Cup for the first time in 2013, started Will Keane, and James McClean was a second-half sub in their 3-2 win over Blackburn Rovers, who included Irish international Darragh Lenihan in their defense.

Seamus Coleman started at right back for Everton, who won 3-2 away to Hull. When Everton fell behind within a minute, some traveling Everton supporters joined in with the underdogs’ time-honored ‘‘you’re getting sacked in the morning’’ chant, things appeared bleak for manager Rafa Benitez. Coming into the game on a run of just one win in 12 EPL game that has seen the Toffees slip to 15th after a decent start to his reign, the former Liverpool boss is still struggling for acceptance from the Goodison faithful.

All of the games will be played on Saturday afternoon, Feb. 5, at 3 p.m.

Republic of Ireland striker Ronan Curtis has broken the record for Portsmouth’s top goal-scorer in the 21st century. The former Derry City player scored twice in the EFL Trophy win over Exeter on Friday night. It brought his goals tally to 45. Curtis said: “I’ve been waiting a long time for that. It’s a huge honor for me and my family and an amazing feeling. There are some massive people on that list and I’m grateful to be up there with those quality names. It’s not bad company to be in.’’

Portsmouth FC are a storied club whose last stint in the top tier was from 2003-2010. They were English champions in consecutive seasons 1948-49 and 1949-50, and the FA Cup winners in 1939 and 2008. When Pompey won the League Two title in 2017, they joined a small group of teams that have topped all four tiers of professional football in England.

The London-born, Donegal-raised Curtis joined the club in May 2018, and six months later he got his senior debut with the Republic.

Spurs manager Antonio Conte says the door is always open for Christian Eriksen to train with the club as he chases his dream of playing at the 2022 World Cup. Eriksen suffered cardiac arrest while playing at Euro 2020 last June and said last week that he’’ died for five minutes’ when he collapsed. Eriksen is looking for a new club after leaving Inter Milan as rules meant he could no longer play in Serie A. Conte said Eriksen is a really important player and a “top man.” The Italian signed Eriksen from Spurs during his time at Inter Milan. Eriksen helped Conte win the Serie title last season but was no longer able to represent the club as players fitted with the implantable cardioverter defibrillator (ICD) he required after his collapse cannot compete in Serie A. Eriksen was filmed striking balls on his own in training last week said he feels back in top shape with an aim of playing for Denmark at the World Cup in Qatar.