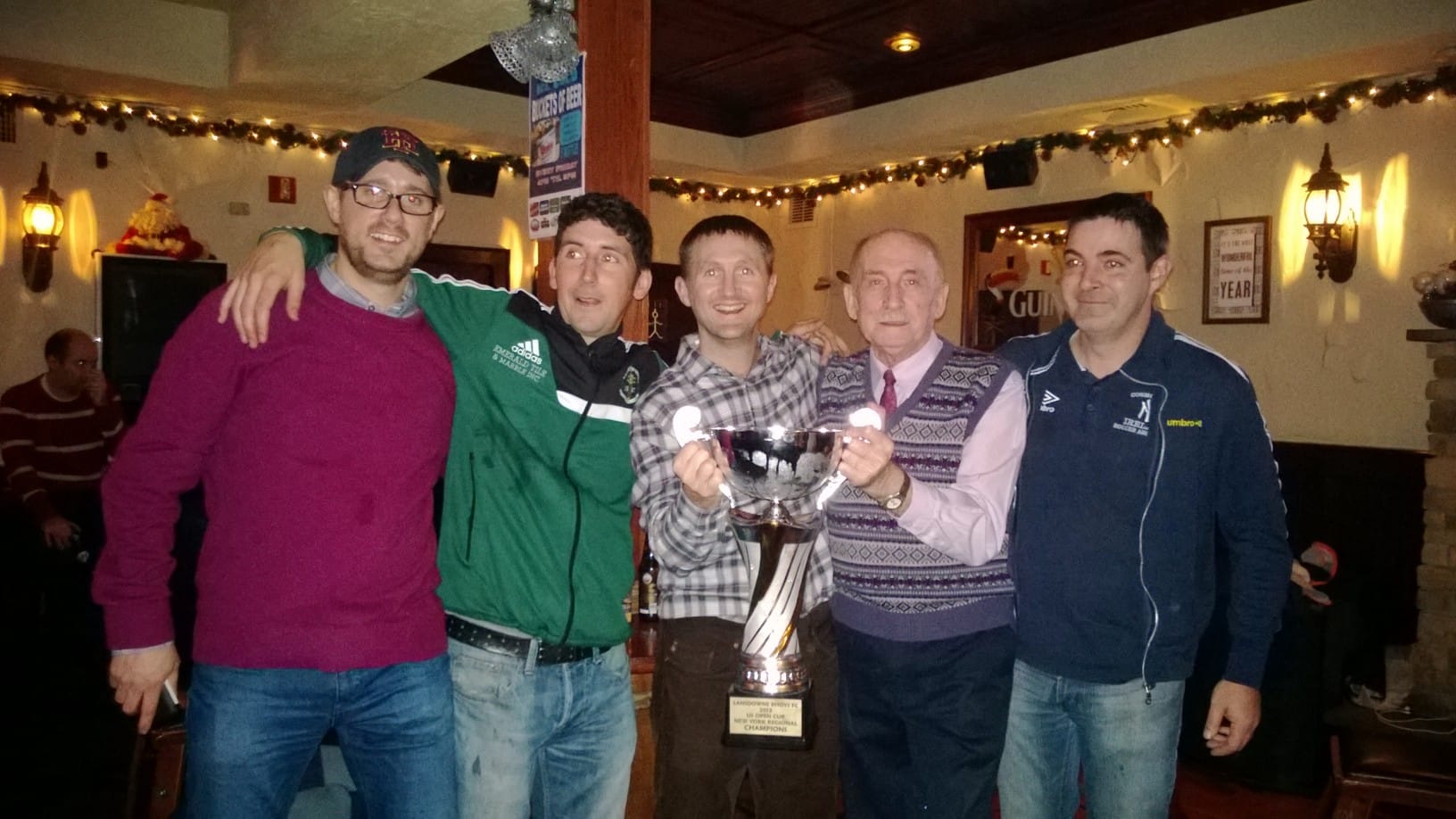 After an unbeaten run since fall 2020 -- during which they’ve won nine competitions including two national cups -- Lansdowne Yonkers suffered their biggest loss in the last two years with the death of long-time official Patrick “Pat” Diamond. The Derry transplant, whose duties with the Bhoys included that of kit master, died peacefully at St. John’s Hospital in Yonkers on Jan. 18. He was 87.

“Once a Bhoy, always Bhoy,” said an emotional Paul “Doc” Doherty, player-coach when Lansdowne was founded in 1997 and now a club stalwart. “Pat Diamond, was our godfather…he was the godfather of the Bhoys. He’s a Lansdowne legend.”

“Pat will be sorely missed and remembered around the soccer fields of New York,” said Lansdowne president William McGrory. “Pat looked after the soccer balls, kits and brought water for both reserves and the first team for many a year. He also supplied the half-time snacks for all the teams.

“[He] was a critical cog in the chain of Lansdowne’s climb up the soccer pyramid. [He] always attended any fundraising or benefits that the club held, and always had a story to share. Pat was also the first member inducted into the Irish American Soccer Hall of Fame, which he was really proud of.”

According to Doherty, Diamond’s formal association with the Bhoys dates back to 2001. He was there for the Yonkers emergence into the best amateur club in the United States.

In the last two seasons alone, Diamond was in the dugout as the Bhoys -- now a semi-pro championship side -- swept all the silverware at stake. The trophies included:

The Region 1 US Amateur Cup

The Region 1 US Werner Fricker cup.

The US Amateur Cup; and

The Werner Fricker US Open Cup.

Diamond emigrated to New York in 1971.

According to his obituary, “he had a great love for GAA which found him in Gaelic Park every Sunday and often during the week. He took great pride in being the 'kit man' and washing the jerseys for his beloved Derry and Clare GFC . He was also a devoted fan of the Lansdowne Bhoys Soccer Club and supporter of Manchester United.

"He had many lifelong friends, both young and old, who stayed with him to the end. He took pride in carrying the Derry banner every St. Patrick’s Day to represent his beloved Derry.   Pat was a larger-than-life character, who enjoyed life to the full. He will be sadly missed and remembered in our hearts.”

Born in County Derry to Patrick and Mary Jane Kearney Diamond, Diamond was pre-deceased by his wife Mary in 2004.

He was interred at St. Mary’s Cemetery in Yonkers.