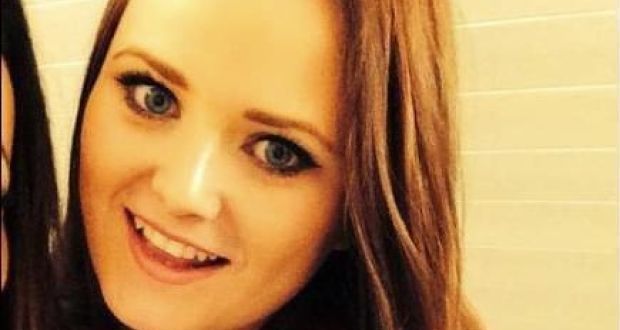 One of the survivors of the 2015 Berkeley balcony collapse in California, Aoife Beary, has died, aged 27.

Beary, from Blackrock in South County Dublin, and six other students were left with life-changing injuries after the accident at an apartment block in California, which claimed the lives of six of her friends.

Beary, according to reports, died from a stroke.

Beary had suffered life-altering injuries after the fourth-floor balcony of an apartment building in Berkeley, California collapsed and plunged 40 feet to the ground while she and her friends were celebrating her 21st birthday.

The tragedy occurred as the group of students, most of whom were in the US on J-1 summer working visas, were celebrating in the Library Gardens apartment block on June 16th, 2015.

Five of the dead were Irish J-1 students who were in California to work for the summer. They were Niccolai Schuster (21), Eoghan Culligan (21), Eimear Walsh (21), Olivia Burke, and Lorcan Miller (21).

The Irish American victim was Ashley Donohoe from Santa Rosa in the San Francisco Bay Area. She was a cousin of Olivia Burke.

Four died at the scene and two others were pronounced dead in hospital. Some of the survivors, including Aoife Beary, suffered traumatic injuries.

The balcony gave way as a result of rotted wood joists linking it to the front of the building.

Beary suffered a serious brain injury in the fall and subsequently underwent open heart surgery. She was left with multiple injuries including broken bones and organ lacerations and received treatment and rehabilitation at hospitals in California and Dublin in the months after the accident, the Irish Times reported.

Ms. Beary died at Beaumont Hospital in Dublin on Saturday, January 1, after suffering a stroke the previous Wednesday. She had been studying at Oxford Brookes University in England in recent years and was doing a a pharmacology degree at UCD at the time of the 2015 accident.

According to the Times report, in the years after the tragedy, Beary was involved in a campaign to force building companies to release public safety records and report any work-related crimes or settlements to the California’s building regulator.

She testified before the California state legislature in 2016 in a hearing on legislation to force contractors to be more transparent about past legal claims against them.

The balcony was constructed by a company that had a history of legal claims against it, which were not disclosed to the Californian state licensing board that regulates the industry.

Aoife Beary is survived by her parents Mike and Angela, her younger brother Tim, her younger sister Anna, and her wider family.

University College Dublin, where Beary graduated from pharmacology in 2016, also extended its “deepest sympathies” to the Dubliner’s family and friends.

And  Loreto College Foxrock, her former secondary school, said it was with “great sadness” that they had learned of the death “of our much loved past pupil."

In an interview with RTÉ Radio 1's "Morning Ireland" program, one of Beary's former college professors, Orina Belton, head of Pharmacology at University College Dublin, paid tribute to her, saying: "Aoife really was an incredible student... Following Berkeley, in the face of the tragedy and those horrific events, Aoife became a real beacon of hope and courage in life and determination."