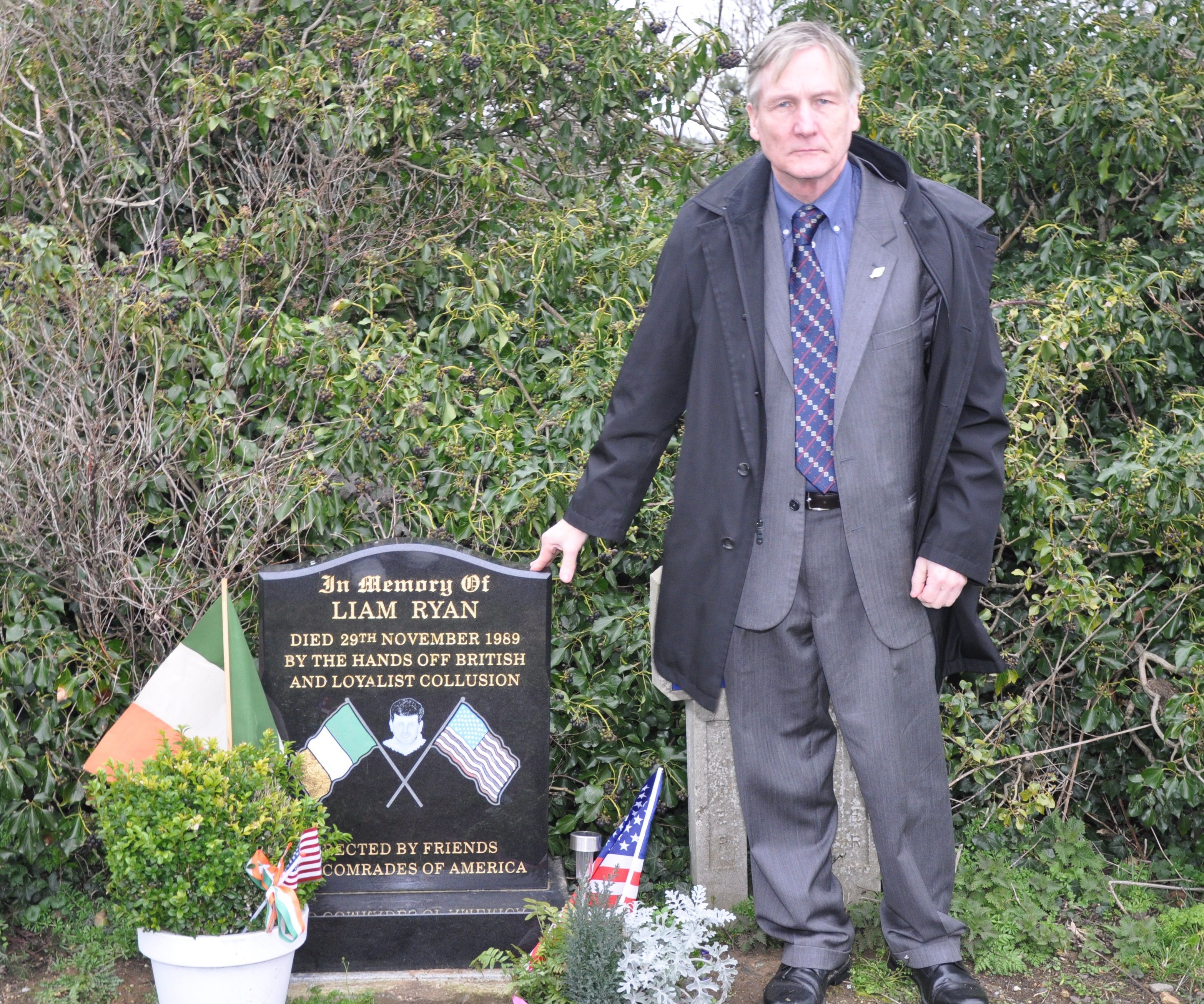 The Ancient Order of Hibernians will host a legacy issues webinar this coming weekend that will focus on three separate cases that have been investigated by the Relatives for Justice campaign group.

Stated AOH National Freedom for All Ireland Chairman Martin Galvin: "With Britain still moving to take away all legal channels for legacy justice, victims’ campaigners will open the New Year with a direct appeal for American help.

"Mary McAllan, previewing an explosive Relatives for Justice report into the murder of American citizen Liam Ryan, a representative of the New Lodge Six, and Seana Quinn the sister of one of four Cappagh collusion murder victims, will be speaking on the second anniversary of Britain’s broken New Decade New Approach agreement.

"The live webinar broadcast, hosted by the Ancient Order of Hibernians, will be held this Saturday, January 8, at 11 a.m. Eastern Time, 4 p.m. Irish time."

Stated a release from the AOH: “Liam Ryan an American citizen and longtime Bronx, New York resident, returned to Tyrone to purchase the Battery Bar Ardboe, and was murdered on November 29, 1989, along with patron Michael Devlin.

"Despite formal demands by Congressman Thomas Manton, and the Ad Hoc Congressional Committee for a State Department investigation into this murder of an American citizen, and public accusations of crown force complicity, by Bernadette Devlin McAliskey, among others, evidence of collusion was ignored by the Royal Ulster Constabulary.

"Now with an explosive investigative report compiled by Relatives for Justice and scheduled for public release and presentation to the PSNI Ombudsman later this month, Mary McCallan, will preview the proof of British Army Ulster Defense Regiment involvement in the murder of an American citizen, and explain why the British want to block investigations by the Ombudsman.

“Although the British began interning Catholics on August 9, 1971, no Protestants were interned until February 1973. Members of the Ulster Defense Association, a loyalist paramilitary group legal despite its role in sectarian murders, marched in protest. Britain responded by killing six nationalists in the New Lodge area on February 3rd and 4th.

“Shortly before midnight on February 3rd, James Sloan and James McCann were shot dead in a drive-by shooting, and four others wounded. A British Army Saracen parked nearby did nothing to catch the killers. Local people then responded to the shooting and were shot at apparently by both loyalists and British Army snipers. Tony Campbell, Brendan Maguire, and John Loughran were shot dead. a sixth man Ambrose Hardy, was killed by a British Army sniper as he came out holding a white cloth above his head. The British Army justified the murders claiming there was a 'severe gun battle' with the IRA and that troopers had killed six gunmen. None of the victims were armed. Evidence has emerged that instead of loyalists, the first shooters may have actually members of a plainclothes British Army unit. After years of campaigning a new inquest was ordered by the Attorney General.

"Seana Quinn's brother Dwayne O’Donnell was murdered in Cappagh County Tyrone, along with John Quinn, Malcolm Nugent, and Thomas Armstrong on March 3rd, 1991. There is strong evidence that these murders were carried out by off-duty members of the British Army's Ulster Defense Regiment and is linked to a series of other collusion murders in East Tyrone.

"The British government now intends to discard the Stormont House Agreement and impose new laws to end criminal cases, Historical Investigations, Inquests, civil suits or Ombudsman investigations which could give the truth in hundreds of other crown force or collusion killings.

“These speakers are appealing to America and the Ancient Order of Hibernians in America, because they believe that American pressure can stop Britain from closing down their chances for justice and the truth. Prominent politicians and members of Irish-American organizations including the Irish American Unity Conference, Brehons, Irish Northern Aid, and Ladies Ancient Order of Hibernians have been invited to join."

Chairman Galvin added: “The murders of Liam Ryan, the New Lodge Six and Cappagh victims clearly show what is behind the new British legacy proposals.

Victims’ families have been fighting for the truth using British Inquests, civil actions, Ombudsman investigation and other proceedings allowed them under British law. Britain does not want to face the facts which inquests or impartial investigations into these cases and hundreds of others would reveal.

“The British want to take away all legal channels for justice and bury the truth under proposed amnesty laws, despite the public opposition of the Irish government and all six county political parties.

“Victims’ campaigners want to speak directly to Irish Americans because they feel American pressure is their best hope for justice.

The Zoom Webinar can be joined live by registering at: https://us02web.zoom.us/webinar/register/WN_c37S0uapTMSpFb52wxP4Vw. And it can be viewed live on YouTube at https://youtu.be/5XCkA_v-6D0