Home Anger And Angst Outside Court 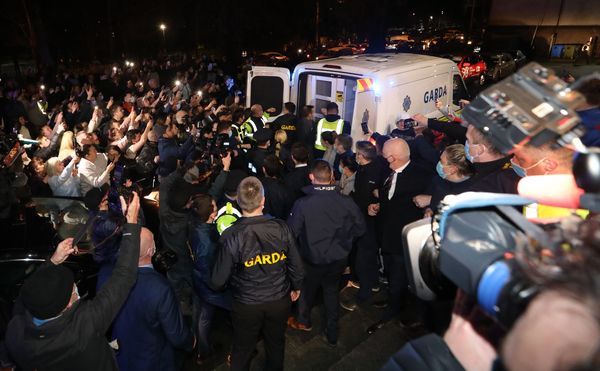 Photo of the Day: There were angry scenes outside Tullamore District Court Tuesday evening as the man accused of murdering Ashling Murphy was brought out after an initial hearing. Pictured are members of the media and public around a Garda van into which the accused, Jozef Puska, is being placed after the hearing. RollingNews.ie photo.