Home Opinion ADAMS: The blight of sectarianism must be ended 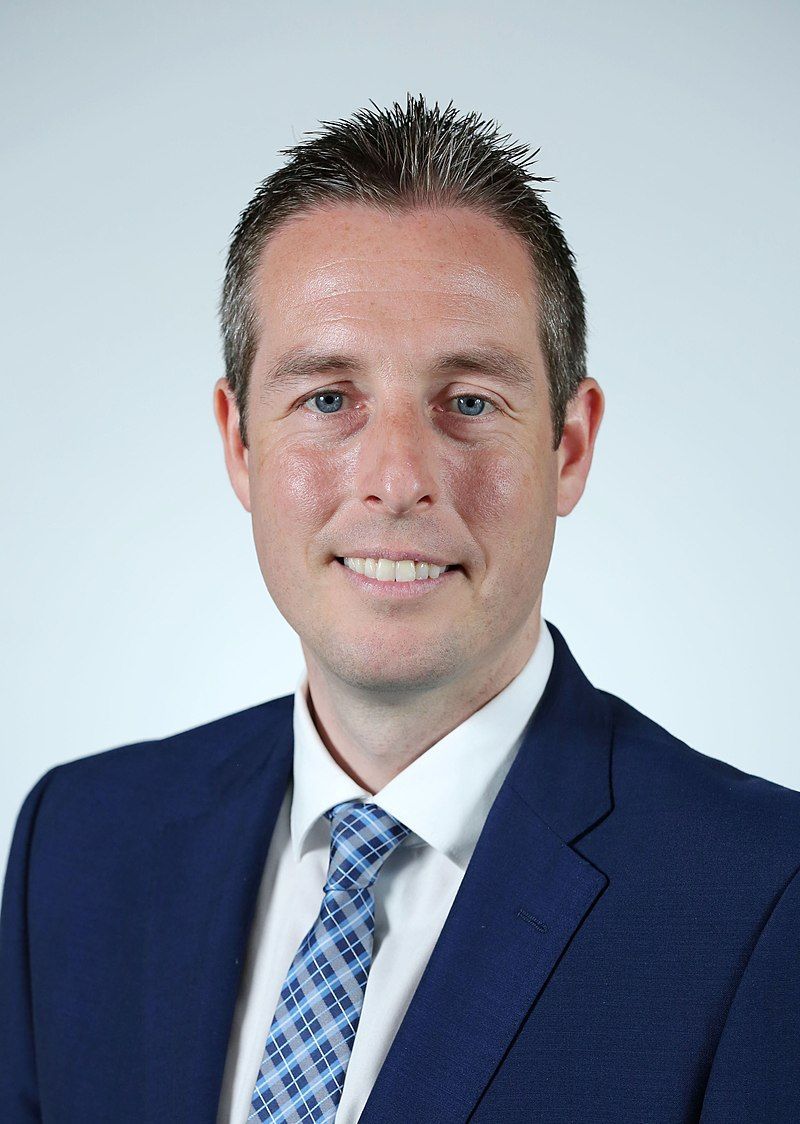 ADAMS: The blight of sectarianism must be ended

The narrow vote in the Dáil 100 years ago last week in favor of the Treaty imposed the partitionist institutions demanded by the British under threat of "war – and war within three days."

The vote led directly to the calamitous Civil War in the South, years of violence in the North and a fractured society.

Nationalists in the North were abandoned by the Southern political establishment. The recent comments by Joe Brolly and Bernadette McAliskey which have given expression to this have been sharply criticized by apologists for that establishment. The evidence of a century of lived experience by northern nationalists has been brushed aside as irrelevant.

The sectarian apartheid state in the Six Counties did not emerge by happenstance in 1921. Sectarianism – the deliberate playing off of northern unionists against nationalists as a means of maintaining unionist/British hegemony – was central to the communal, industrial, and political divisions that dominated life in Ireland’s north eastern counties in the nineteenth century.

The unionist business class and landed aristocracy, along with the British Tory party, were in the vanguard of enforcing this.

Citizens across Ireland were, and are, denied our national rights. Those living in the northern state following partition saw their rights further trampled upon and denied. Whether it was the right to vote, the right to a home, to a job, to the use of their language and culture or to the expression of their political aspirations. All of this was banned.

A succession of reports produced in the 1960s, 1970s and 80s revealed the all-pervasive nature of sectarianism and the extent to which inequality and discrimination lay heavy on the nationalist community. Unionists dominated all of the professions. Catholics were two a half times more likely to be unemployed or to be working in unskilled employment.

In the years since then, and especially following the successful MacBride Principles Campaign on fair employment in the USA and the impact of the Good Friday Agreement, the pattern has begun to shift. In 2017 a labour force survey report concluded that "employment rates among Catholics and Protestants in Northern Ireland are now level, with both communities evenly matched in most types of jobs…" The report also said that "18% of Protestants were in professional jobs, and 19% of Catholics."

However, it appears that for some the progress in eroding inequity in employment and building democratic rights into a system that didn’t have them is a bad thing. Last week, the British politician Kate Hoey wrote a foreword for a unionist paper which attacks the Protocol. In it she warned that, "There are very justified concerns that many professional vocations have become dominated by those of a nationalist persuasion, and this positioning of activists is then used to exert influence on those in power."

Her view was echoed in the report by its author Jamie Bryson who said that it "was clear that the greening of the professional class had provided nationalism with a weapon they could powerfully deploy against anyone who stood in the way of their agenda. That couldn’t be allowed to continue."

His answer to this was for unionists to get into the professions and the institutions and "weaponise the mechanisms and procedures of the institutions (for so long as they remain in existence) to benefit unionism. There can be no goodwill or balance, unionism must ruthlessly and relentlessly exploit the institutions for the benefit of unionism."

If a politician in Ireland or Britain said that there were too many Jewish people, or too many black people or too many Asian or Indian people within the media or active as lawyers or working as professionals and that this was a result of the deliberate "positioning of activists" to exert influence, there would be justifiable outrage. There would be accusations of racism and anti-Semitism and demands for it to be investigated as a hate crime.

Instead, Jeffrey Donaldson chose to welcome Hoey’s comments.  At the same time, Donaldson echoed the threat a few days earlier by the DUP First Minister Paul Givan that their party will collapse the political institutions if the British government doesn't scrap the Protocol agreement they made with the EU. To this Donaldson then added the warning that he will pull down the institutions if Westminster legislates for the Irish language as agreed in the New Deal, New Approach agreement two years ago.

This is the 21st century version of playing the orange card. It’s about trying to maximize the DUP vote in an Assembly election which threatens its political dominance. It is about heightening the fears of the unionist electorate around some fictional insidious conspiracy by nationalists. It is about some unionists believing they have the right to work in careers and in professions they freely choose while being able to express their political opinions openly and democratically. But nationalists cannot have these same rights. We are to remain lesser human beings. Lesser citizens. We should be seen – maybe. But not heard. We can have opinions, but must keep them to ourselves.

How do we end sectarianism? By putting a clear legal definition of sectarianism as a hate crime within anti-sectarianism legislation. And by making sure that there are legally enforceable sanctions. Sectarianism, in all its manifestations, must be challenged and we need to embed an anti-sectarian ethos, culture and commitment into the heart of politics and public life.

Notwithstanding the efforts by some to hold back progress the reality is that there will be a new Ireland. It cannot be the old Ireland. That means there has to be an acceptance of equality, respect and parity of esteem and a recognition of the birth-right of all the people of Ireland to identify themselves and be respected as Irish or British, or both, as they may so choose.Sectarianism is a legacy of our colonial past. We have the opportunity to confine it to the dustbin of history.

"Can dogs think? Is that what you asked me?" Your man snapped at me in exasperation. "What kind of stupid question is that to ask anyone? Are you winding me up again?"

"No," I replied evenly. "It’s a serious question.  I have my own view which I’m going to write about but I thought I would get a second opinion."

"Let me guess," he said sneeringly, "you are going to write that dogs can think? You’re gonna make an eejit of yourself…..  Again," he added knowingly.

"How come," I smiled at him, "how come you always answer a question with a question?"

"What do you mean?" he retorted.

We sat together uneasily for a minute. In silence. Eventually I broke.

"Let’s start again" I said  ‘Do you think dogs can think?"

"That’s not what I asked you."

He glared at me.

"Okay Einstein, what did you ask me?"

"I asked if dogs can think. I didn’t ask if dogs do think. As you rightly say human beings can think. But do they? Do I? I admit I don’t think as often as I should. Neither do you. In fact you usually don’t think at all. You just say the first thing that comes out of your mouth. But you CAN think if you think about it. So there is a difference between being able to think and actually thinking. If dogs can think I’m fairly sure they will be like humans. Not all of them will do it all the time. But let me tell you dogs can think."

"You are trying to tell me that dogs can think?," your man asked me  again.

"In my opinion they can. And like some of us some of them do. I’ve had a dog since I was five……"

‘Not the same one….," your man interjected with a provocative laugh.

"In my opinion dogs can think. Now it might be very basic thinking in comparison to humans but it’s thinking nonetheless. Like sheepdogs for example. Look what they can do. I knew a man who could send his sheepdog up the hill on his own to bring back the sheep on his own so obviously he was able to figure that out. And there are numerous other examples. Like our Fionn. Our Fionn figured out how to open our gate……."

"That is not proof that they can think." Your man was not convinced. "That’s learned behavior."

"Maybe," I agreed. "But if you can’t think you couldn’t learn anything. To learn you have to have some intelligence. Some dogs are very intelligent…….."