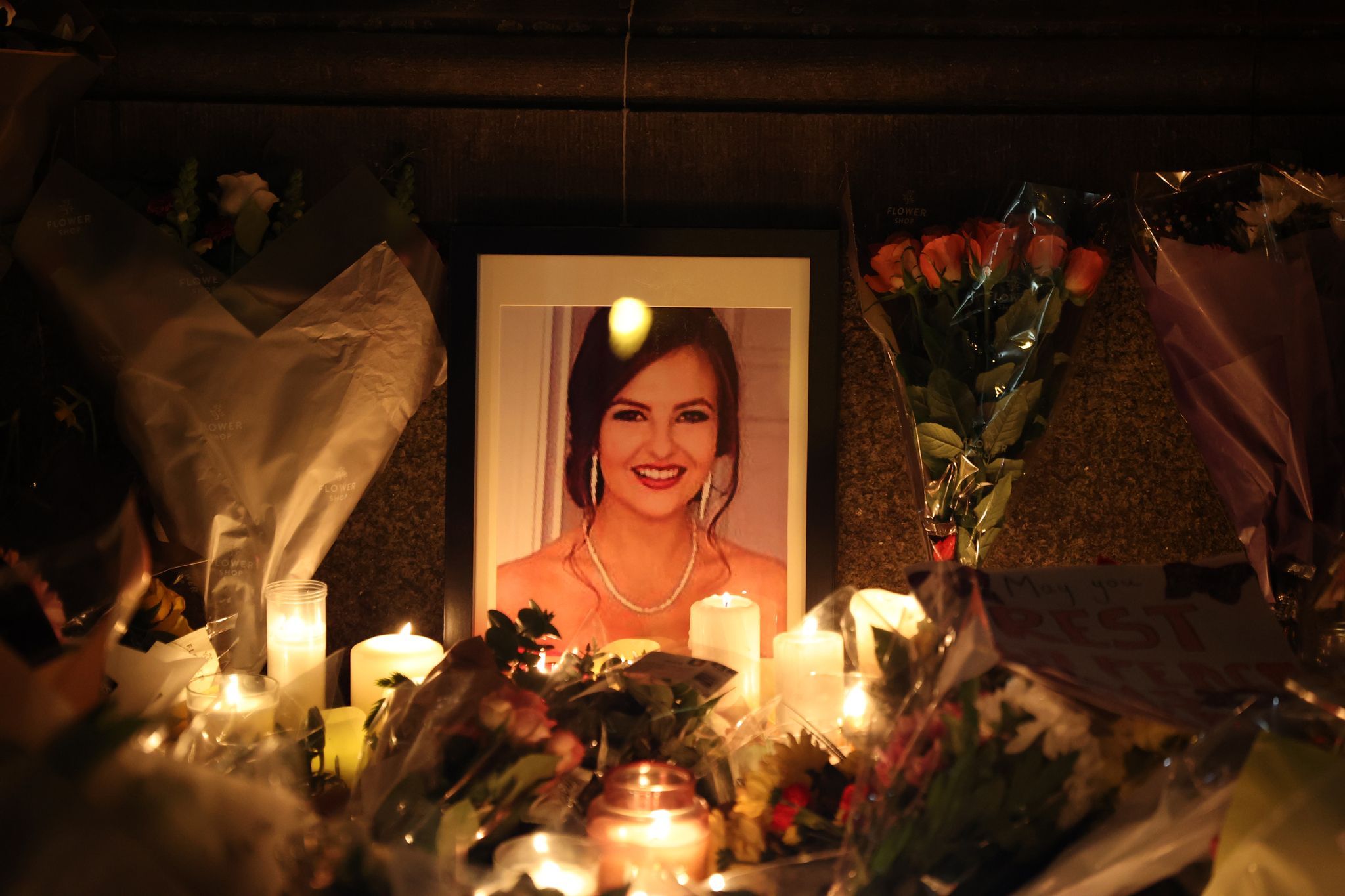 I want to extend my deepest condolences to the family and friends of Ashling Murphy. The spontaneous public outpouring of grief at her murder underlines the frustration and anger that exists at the habitual reports of violence against women.

Condolences are not enough. Men, and I include myself in this, need to take responsibility for ensuring that every woman has the right to be safe and that there is zero tolerance of male violence against women.

Our friend and Sinn Féin MLA Emma Sheerin says this better than I ever could. Here below is what she has written.

From our grandmothers, educated in Latin and the catechism, but not about menstruation; locked up whether they fell prey to a neighbor or "chose to commit a mortal sin" as if either were crimes, as if they deserved a life in an institution.

Those lucky enough to be "good girls' – what was their reward? A life locked to the kitchen sink. Caring for parents or child after child. A miscarriage? A stillbirth? No consecrated burial. "Don’t mourn your baby" the priest said, but life begins at conception.

The swinging sixties. Mini skirts and the pill. The pulpit still ruled.

"She got herself in trouble." Those who escaped the convents; the scrubbing brushes and the loss of their healthy, happy, baby, got whispers and judgment. Some fled. Boats to England. Secrets held forever.

"He gave her a hammering’" the neighbors would remark. Nobody’s business, "he’s a nice fella."

"Why does she stay with him?" a more enlightened friend might say, someone not horrified by divorce, ignorant of financial realities. "Why does he hit her?" they forget to ask?

The eighties, the nineties. Our mothers. "What are women complaining about? They can vote and work and drive! Badly hahaha."

Feminism was their joke. Now we had it all. "Abandon" your children to work outside the home or "slob" at home rearing them on someone else’s money.

Now women had all the rights that men always had.

Except of course they were paid less. And their reproductive plans would affect their careers, and if they dared to have sex they’d be talked about.

And they still had to do the ironing and the cooking, and the hoovering.

"She was drunk. Wore tight clothes. Was out along."

"What did she expect?"

"Rape" written as "sex with an underage." "Victim" was "intoxicated teenager."

The 21st century. Now we had sex education in school and a rudimentary understanding of periods. (Every 28 days, mild cramps, a tampon might give you TSS) What’s PCOS?

Rape alarms in goodie bags. No lessons on what a healthy relationship consists of, no mention of consent.

The dawn of social media. Brilliant. Now the guy in the corner of the office with the witty banter can abuse us from behind an anonymous profile.

Politician made a decision? Look at what she’s wearing! She’s ugly or she’s fat or she’s too skinny, actually.

Journalist offers an opinion? Insult her about her teeth or her hair; has she had her lips/boobs done?

Every heinous crime against one of us is followed with some advice. Don’t walk alone at night. Carry a pepper spray. Get a spiking detection kit and use it.

She went out for a run. Exercising. It’s good for us. It was in a public place, in broad daylight. She did as she was told. It didn’t matter. Because it never matters. Because the victims are never to blame. It’s not our responsibility to make sure we’re not attacked.

Of course, it’s not all men. But it is all women. We are all fed up.

The best legacy we can make for Ashling Murphy is to change the culture that allows these crimes.

I hope the outpourings of grief across the country bring some comfort to her loved ones.

May she be at peace.