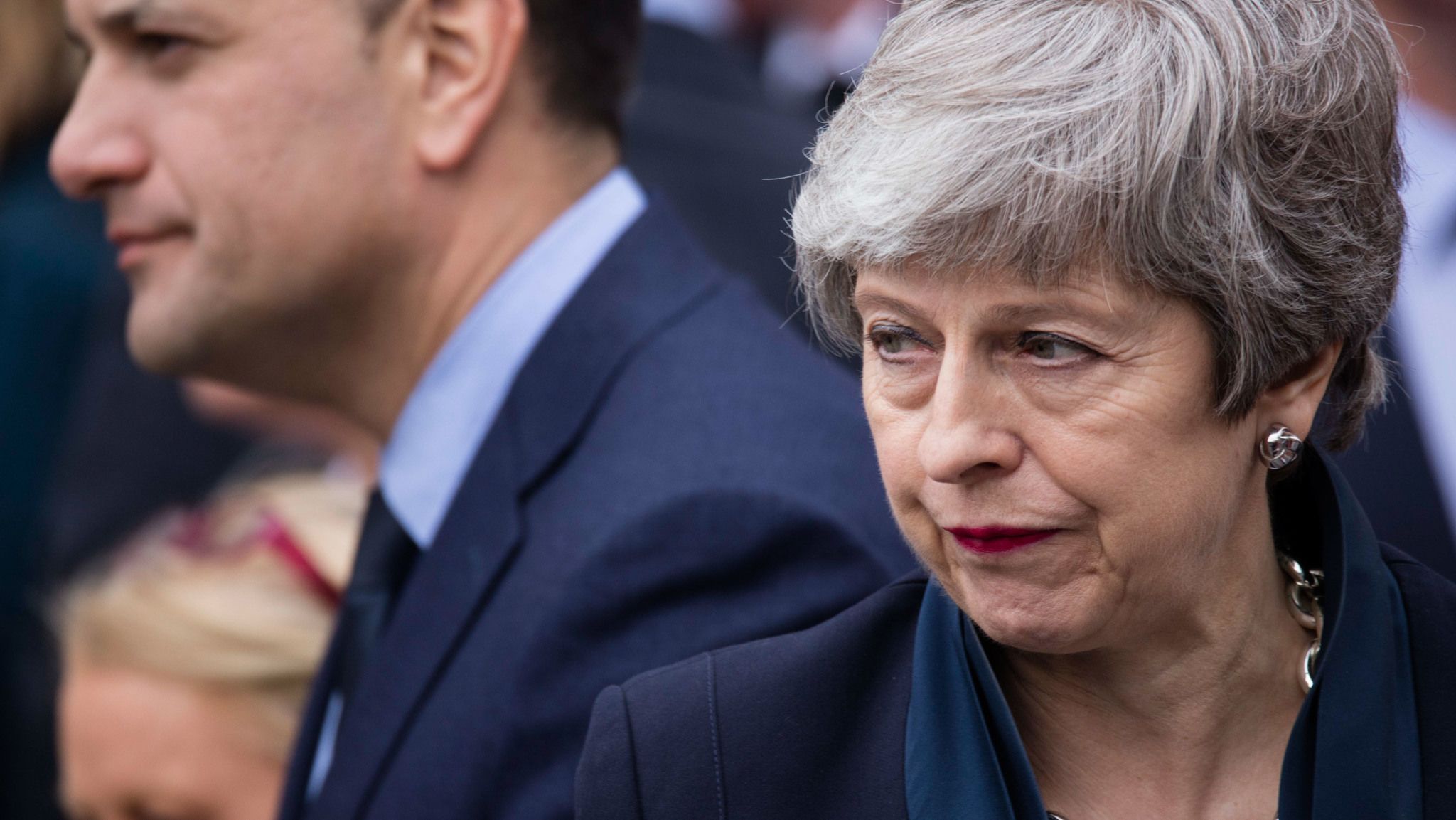 File Pic of the Day: British Prime Minister Theresa May and Taoiseach Leo Varadkar watched as the family of journalist Lyra McKee mourn her just before the hearse leaves the church after the funeral at St Anne’s Cathedral in Belfast on April 24, 2019. Detectives of the Police Service of Northern Ireland investigating the killing of the 29-year-old journalist announced late on Thursday that two men, one 21 and the other 33, have been charged with her murder during a riot she was covering in Derry. They have also been charged with intent to endanger life, rioting, possession of petrol bombs, throwing petrol bombs and arson. A third man, 20, has also been charged with rioting and throwing petrol bombs.  EAMONN FARRELL/ROLLINGNEWS.IE