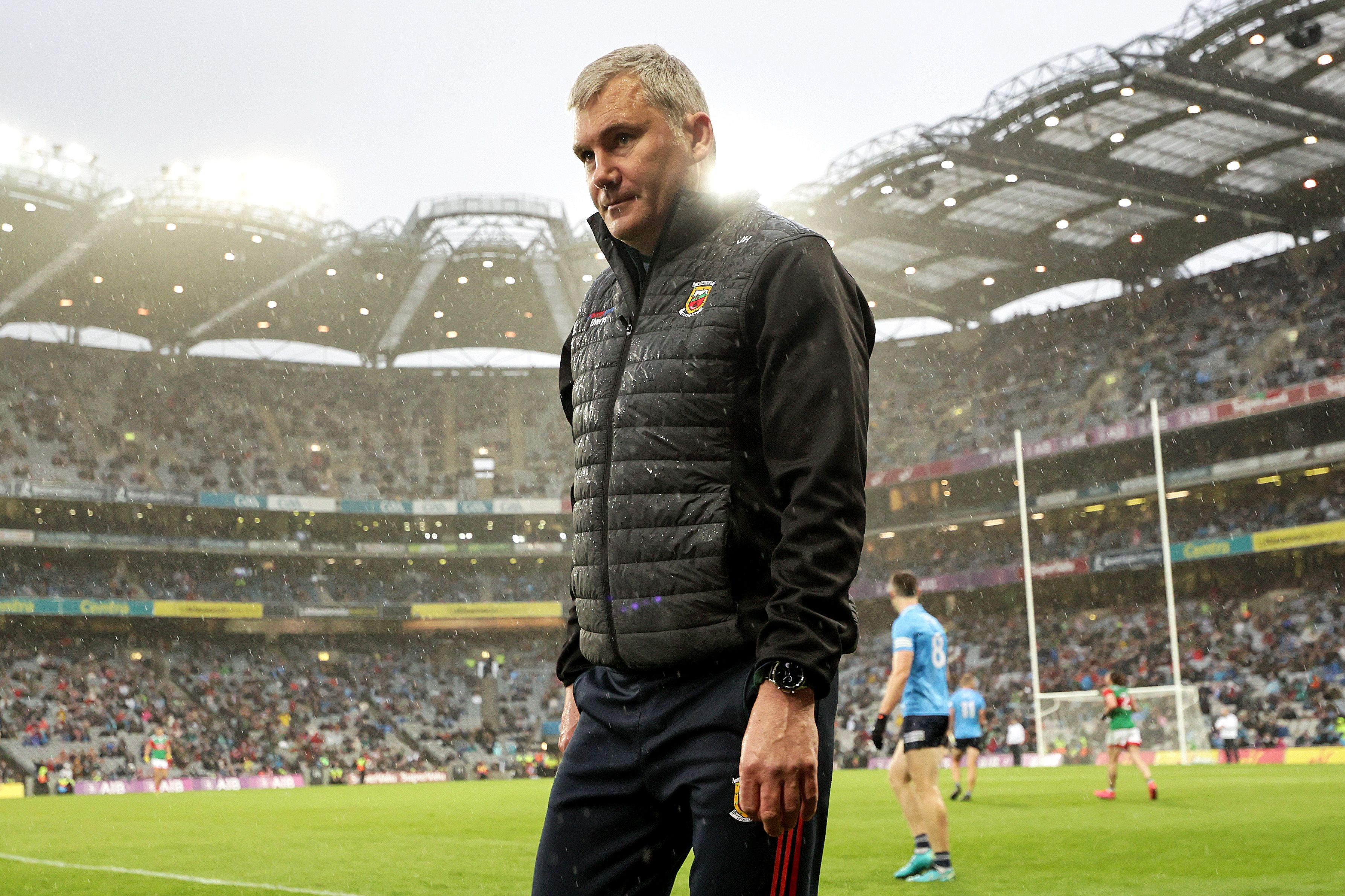 After Mayo beat Dublin in the first of the All-Ireland football semi-finals last month there was speculation that the Mayo County Board were going to fly Paddy Prendergast by helicopter from Kerry to Croke Park for the All-Ireland  football final next Saturday. I cannot confirm that story, but I’m thinking that it might be a bit presumptuous. Prendergast, the only survivor from the last time Mayo won the Sam Maguire Cup in 1951, has been living in Tralee for a long time and is now close to 95 years of age. Paddy has seen Mayo lose 10 finals since 1951 and at this stage he might be happy enough to watch the game on television.

Most Mayo people don’t believe the story about the priest in Foxford, who is alleged to have a put a curse on the Mayo players, saying they wouldn’t win another final until the last of the ‘51 team had died. The story goes that the priest was annoyed that the Mayo players didn’t show respect to a funeral in Foxford as they returned from Croke Park with the Sam Maguire Cup. I predicted that Mayo would beat Dublin, but then lose the final to Kerry. I was partly correct; it’s not Kerry, but Tyrone that Mayo will face in the final at Croke Park on Saturday evening.

It will be the first-ever meeting between the counties in a senior final. Like Mayo, Tyrone have also won the Sam Maguire Cup three times, but those wins have all come in recent years: 2003, 2005 and 2008. Mickey Harte did great work with Tyrone, but now under joint mangers Feargal Logan and Brian Dooher the Red Hand have got to yet another final. Mickey Harte was probably the first manager to opt for a very defensive formation, but there is no doubt that Tyrone can also play attacking football and score some excellent goals and points as they proved in their semi-final win over Kerry. It’s a hard one to call, but I think Mayo’s time has come to end the 70-year wait for Sam.

Cavan’s Joe McQuillan will be the referee on Saturday and it will be his 4th final, having previously taken charge of the football finals in 2011, 2013 and 2017.

On Sunday, Croke Park will be given over to the Camogie Association for their three finals. Cork, Galway, Kilkenny and Tipperary have dominated senior camogie in recent years and all four contested this year’s semi-finals. Cork, the winners in 2018 beat last year’s champions Kilkenny by a point in their semi-final and they will now play Galway, the winners in 2019, in Sunday’s senior final. Galway were a bit fortunate to beat Tipperary in their semi-final as the Tipp goalkeeper allowed the sliotar slip through her hands into the net at a crucial stage of the game. The counties haven’t met in a final since 2015 when the Rebelettes won and with the brilliant Ashling Thompson back in the team I think the Cork ladies can win again on Sunday. In the intermediate final Antrim will play Kilkenny, while the junior final will be contested by Armagh and Wexford.

Non-League Maynooth Town, who beat Cobh Ramblers in the second round of the FAI Cup, have been rewarded with a trip to Dalymount Park to play Bohemians in the quarter-finals. FAI Cup holders Dundalk are away to Finn Harps and first division UCD are home to Waterford. St Patrick’s Athletic will be favorites to beat first division Wexford Youths at Inchicore. The four quarter-final ties will be played on the week ending Sept. 19.

Conor Hourihane has completed a season-long loan move to Championship club Sheffield United from Aston Villa. The Cork native captained Villa in the League Cup win over Barrow in Round One, but didn’t feature for Villa in the EPL this season. Hourihane, who spent the second half of last term on loan at Swansea. Another Irish player who moved on transfer deadline day last week was Michael Obafemi. He left Southampton to join Swansea on a three-year deal.

In addition to losing star forward Peter Casey for a long period with a serious knee injury the Limerick hurlers have also lost Mikey Kiely their strength and conditioning coach. Kiely is taking up a similar role with Ulster Rugby.  And with performance psychologist Caroline Currid linked with a move to Munster Rugby, there are going to be changes in Limerick’s backroom team next year. John Kiely’s current term as manager of Limerick is up, but it seems certain that he will continue for another year or two.

Former Wexford hurling goalkeeper Pat Nolan died last week at the age of 84. One of the greatest goalkeepers of his generation, Pat lined-out with the Slaneysiders from 1956 to 1974. He was in the squad which captured the Liam MacCarthy Cup during his first season with the seniors in 1956 before playing in goal in Wexford triumphs of 1960 and 1968. He also won six Leinster titles, three National League crowns and four Railway Cup medals with Leinster. Widely regarded as Wexford’s greatest hurling goalkeeper, Pat won senior, intermediate and junior hurling championship medals with his club Oylegate-Glenbrien between 1955 and 1963.

And the death occurred of former Antrim and Down hurling manager Seán McGuinness. A native of Belfast, McGuinness led Antrim and Down to Ulster senior hurling titles in the eighties and nineties.  When Antrim made the breakthrough to qualify for the 1989 All-Ireland final, then manager Jim Nelson acknowledged the role McGuinness had played to help the Saffrons get there. For several years McGuinness managed Ulster’s Railway Cup hurling teams, bringing them to three finals which included the 1995 decider when they lost to Munster by a single point at Croke Park.