Home ‘Easy Way Down’ is an intimate but bold affair 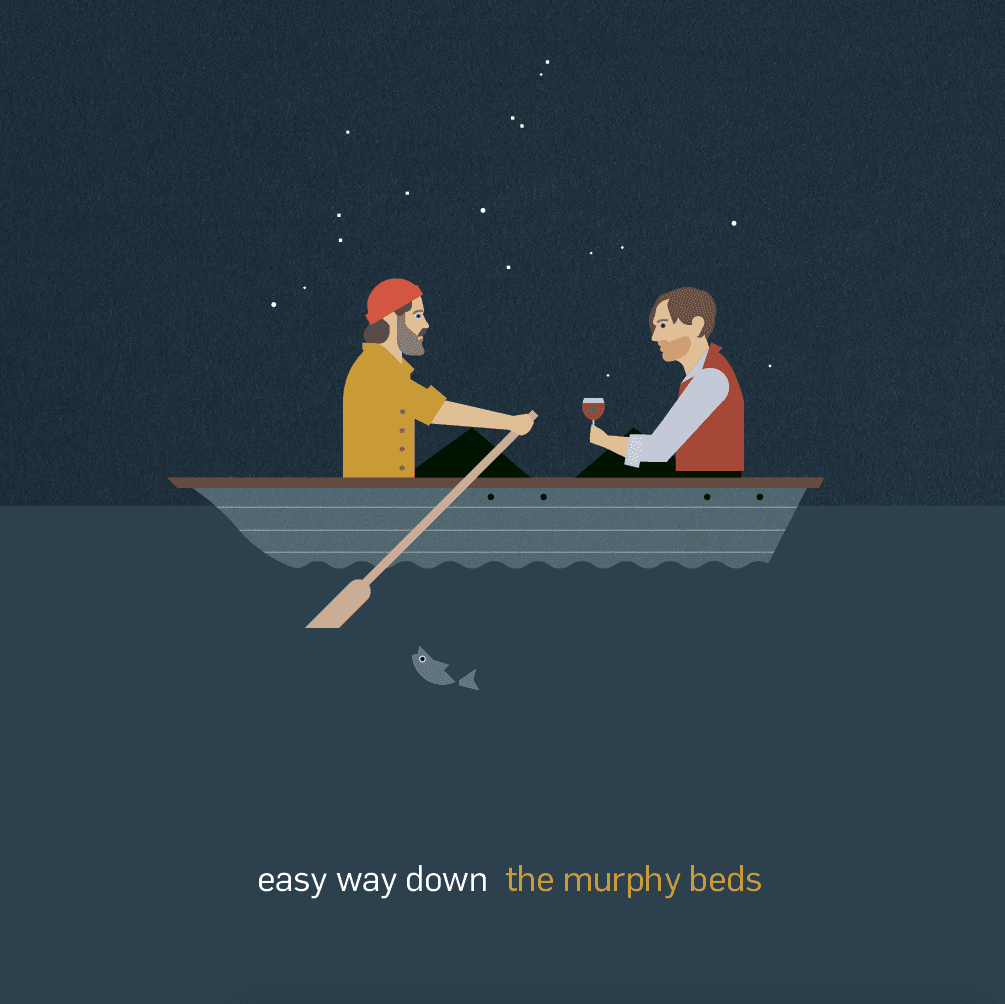 From the world of traditional music this week I bring news of the Murphy Beds' new album, "Easy Way Down." The ‘Beds, who are Eamon O’Leary (vocals, bouzouki, nylon string guitar) and Jefferson Hamer (vocals, guitar, mandolin), are one of today’s really great singing groups and if you’re not familiar with their music, do yourself a favor and remedy this by checking out "Easy Way Down" – it’s an incredible collection of songs delivered with grace and ease..

The Murphy Beds released their eponymous debut in 2012 and since then have been busy, not only playing sessions and gigs together in and around New York City but touring widely throughout North America and Europe.  In their travels, they’ve performed at places like the Milwaukee Irish Festival, the Doolin Folk Festival, the Unamplifire Festival (London), and have even been featured at the Kennedy Center’s Millennium Stage (Washington, D.C.).

When they weren’t working together during this period, they were doing other memorable things: Hamer, for example, won a BBC Radio 2 Folk Award with Anais Mitchell for their “Child Ballads” album and released his own work, including the solo album, “Alameda.”  O’Leary, on the other hand, released his own solo work, including “The Silver Sun” and All Souls,” and played with John Doyle and Nuala Kennedy in the band the Alt.

Honestly, it’s hard to not love the Murphy Beds’ music.  Characterized by intricate string arrangements, lush vocal harmonies, and superb taste, their sound is elevated by the keen edge and charm they bring to their performances.  Recorded pre-pandemic but shelved until this month, "Easy Way Down" is an intimate but bold nine track affair that like their first album again captures their brand of magic.  It includes five traditional ballads, with the balance being songs of more recent vintage and each one, I’m happy to report, is a banger.

Led by Hamer’s vocals, the album’s opener “Blackwater Side,” is a traditional ballad that pulls us right back into the classic Murphy Beds sound.  Hamer’s lead is brilliant, O’Leary’s harmonies sublime, and it’s all enveloped by a languid, melodic arrangement that gives the whole its life.

The album builds from there.  O’Leary takes the led on “Holland Handkerchief,” another traditional ballad, and his singing is not only outstanding but enhanced, in turn, by Hamer’s staggeringly gorgeous harmonies.  (There really isn’t enough to be said about Hamer’s harmonies, by the way – they’re top of the game good.)  O’Leary again takes the lead on Ewen MacColl’s “The Thirty Foot Trailer.”  There, his phrasing and expression excel, and again, Hamer’s harmonies absolutely shine.  It’s a standout track.

But on an album that contains so many great tracks, there are two that might be set aside as being perhaps a bit greater, “Lie Easy” and “Last Go Round.”  The former, written and led by Eamon O’Leary, is a stunning bit of songwriting.  Set in an exquisite arrangement, O’Leary realizes his song’s promise brilliantly.  But what I think distinguishes it is that it invites interpretation – “Lie Easy” is a song that could sound just as at home performed by someone else in another musical style as it does here.

“Last Go Round,” written by the great Jay Ungar and recorded in 1970 by his group Cat Mother and The All Night Newsboys, is similarly memorable.  Here, Hamer’s lead vocal is unbelievably expressive and while marginally reminiscent of the original, he brings something new and striking to his interpretation, reinventing the song for today.  Incredible stuff.

"Easy Way Down" is an easy album to love.  The basic framework here is similar to that of the duo’s debut album, and that’s a great thing because they set a very high standard.  here, though, they’ve diversified their interests and bring a different kind of spirit and flavor to their song choices, which is very successful.  There are moments here that remind me of Brady and Irvine’s work together; but at times I’m also reminded quite strongly of singers like Joni Mitchell and Crosby, Stills, & Nash.  If you love great song-driven music, this is the album to rush out and get.  Fans of Irish music will enjoy it, as will music fans more broadly – highly recommended.  To learn more, visit www.murphybedsmusic.com.