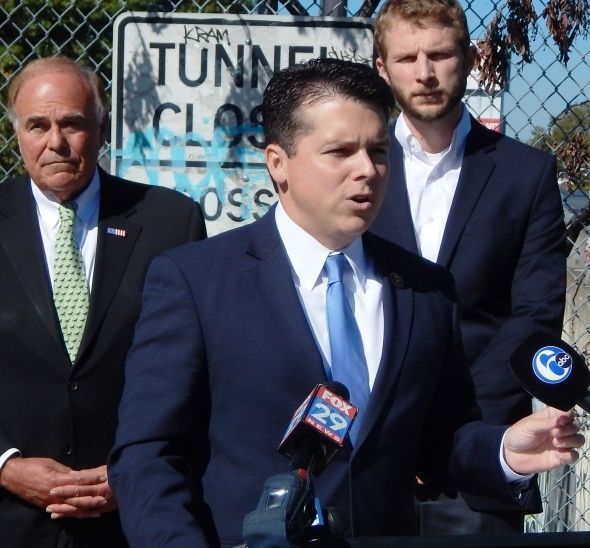 Johnson Hears It From 35 Congress Members

Congressman Brendan F. Boyle (PA-02) and Congressman Brian Fitzpatrick (PA-01) have led a letter to British Prime Minister Boris Johnson calling on British parliament to reaffirm its commitment to the Stormont House Agreement and reverse its decision to introduce new legislation that would modify legacy laws and institute a ban on legacy inquests and prosecution of former soldiers who served in Northern Ireland during the Troubles.

In all, the letter has been signed to date by thirty House members from both parties.

“It is deeply disturbing to learn that British parliament is planning on reneging on its commitment to the Stormont House Agreement,” said Congressman Boyle.

“Such a move would not only prevent a pathway to justice for the bereaved of the conflict, but would also strip families of their legal rights protected under European Law and the Good Friday Agreement. To this day, nearly 1,700 conflict-related cases still await investigation.”

A release accompanying the letter stated that the British parliament had announced its plans to introduce legislation this fall that would mark an end to Troubles-related prosecutions.

"The proposed legislation, which would apply to former members of the security forces and to ex-paramilitaries, would essentially mark the end of future inquests and civil actions related to the conflict." stated the release.

The release noted that "all five of Northern Ireland’s main political parties, along with the Irish government and numerous victims’ groups, have voiced strong opposition to this suggested blanket ban on prosecutions of Troubles-era offenses.