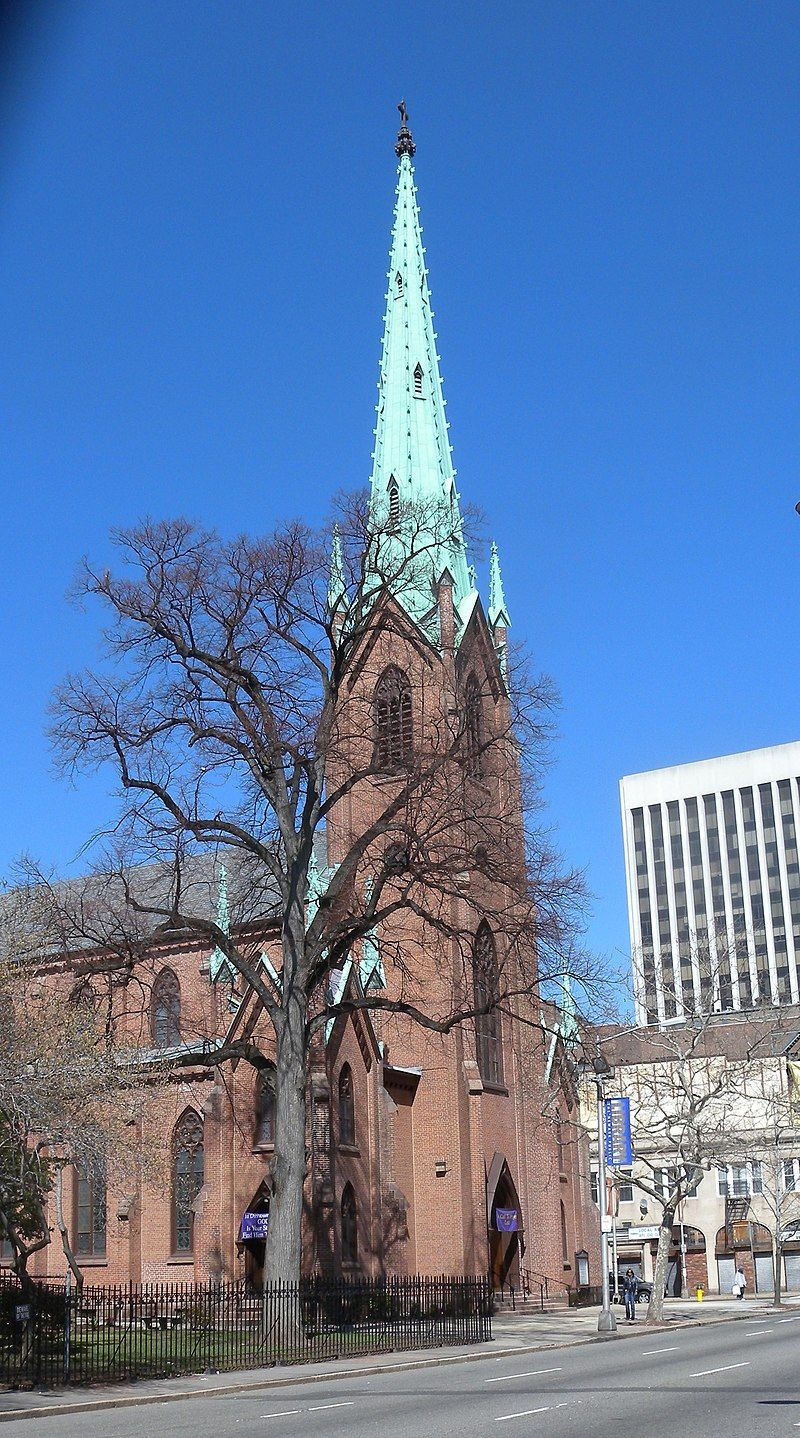 St. Patrick's Pro-Cathedral, where a 9/11 memorial will take place in Newark on this coming Saturday, Sept. 18.

Jersey AOH to honor their 9/11 fallen

The Ancient Order of Hibernians in New Jersey is declaring a "Day of Remembrance" to honor nine Garden State Hibernians who died on 9/11.

New Jersey, and also New York Hibernians who died on that day twenty years ago will be honored during a memorial service to be held at Saint Patrick’s Pro-Cathedral in Newark on Saturday, September 18.

Said a statement announcing the day: "Among the thousands lost in the attack on the World Trade Center on September 11th, 2001, were nine members from the New Jersey Ancient Order of Hibernians. Vowing that the ultimate sacrifice made by these men will never be forgotten, the New Jersey AOH State Board declared that Saturday, September 18th, 2021 be a day of remembrance for their fallen brothers.

"To commemorate their lives as well as the lives of New York Hibernians lost that day, and to mark the 20th anniversary of the attack, the New Jersey AOH is hosting a memorial mass. Bishop Michael Saporito will serve as celebrant, with State Chaplain Father Ken Hallahan, and chaplains and deacons from the New York AOH and Port Authority as concelebrants.

"The mass is scheduled for 12 p.m. EST on Saturday, September 18th at the historic Saint Patrick’s Pro-Cathedral, which is located at 91 Washington Street, in Newark, NJ. Following Mass, there will be a short procession to Kilkenny Ale House for lunch. All attending AOH members are requested to bring their banners for the procession into the church and to the luncheon," the statement added.

"New Jersey State AOH President, Rich O’Brien, said: “On this Saturday in September we will remember our nine brothers from New Jersey and eight brothers and one sister from New York, as well as Father Mychal Judge, Order of Friars Minor.

"I will always remember our members who went to work on that beautiful September morning and then found themselves responding to the horrific attack. Some were able to help colleagues and strangers safely exit the buildings. Twenty years later, we want to recognize them and continue to support their families and let them know that their Hibernian family will never forget them.”

Barbara Gorman, wife of fallen Port Authority Police Officer and AOH member Tom Gorman, said: “I keep all of the Hibernian members near and dear to my heart, as Tom would have. I look forward to seeing and keeping in touch with the members at parades and functions. It reminds me of my husband’s love for and devotion to this organization.”

After the Mass, a plaque will be blessed memorializing the nine members and will be displayed at the Volunteer Patrick Torphy Division in Middletown, NJ. Peter Milano was a member of this division. An official unveiling will happen later this year.