Home Opinion A Look Back at Internment And Its Calamitous Fallout 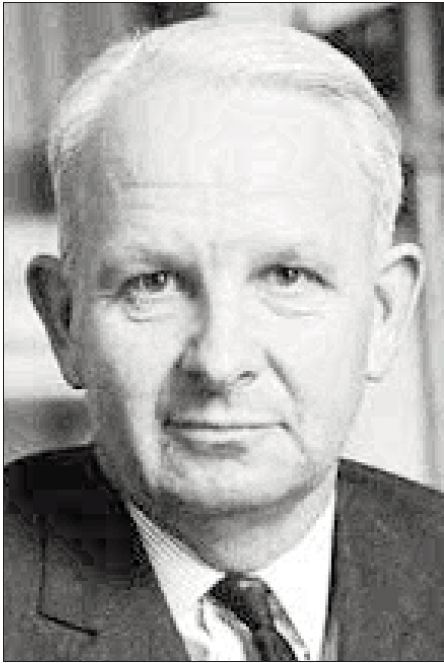 A Look Back at Internment And Its Calamitous Fallout

When Northern Ireland’s Prime Minister Brian Faulkner commenced internment, known as Operation Demetrius, on August 9, 1971, he said the goal was stemming the violence “preventing any kind of normal life” in the province. Internment, however, had the opposite effect.

Faulkner succeeded James Chichester-Clark as Prime Minister in March 1971. Chichester-Clark resigned after the IRA killed three off-duty Scottish soldiers in Belfast. Unionists viewed Faulkner as a political leader who would protect their interests and save the Stormont government. After all, Faulkner had defeated the 1956-62 “IRA border campaign” to end partition and had used internment to do so.

On June 22, 1971, Faulkner addressed the Stormont Parliament on the golden jubilee anniversary of parliament’s opening. In his speech, he extended an olive branch to the nationalist Social Democratic Labor Party (SDLP) by indicating his government would consider policy ideas they presented and allow their members to examine new legislation at the committee level. If these things happened, it would mark a big change in how Stormont operated.

Alongside the offer was the government’s harder line on security. Faulkner intended to enact “effective measures to restore law and order.” One of those measures was internment. Faulkner won approval in London to have British troops in Northern Ireland fire on people observed acting suspiciously or carrying weapons without waiting for orders from higher-ups.

That policy had devastating consequences in July when soldiers killed two unarmed young men - Seamus Cusack and Desmond Beattie - in Derry. They were shot in separate incidents involving the army and stone-throwing youths. The SDLP demanded an inquiry into their deaths. When their demand was ignored, they boycotted Stormont and established their own “non-sectarian assembly.”

Faulkner also convinced the British government to sign-off on internment. In giving Faulkner a green-light, British Prime Minister Ted Heath overruled the advice of the head of the British Army in Northern Ireland that less drastic steps could smash the IRA.

British officials viewed internment as a measure of last resort to avoid direct rule and keep Protestants from taking the law into their own hands. They approved its use with the understanding that it was Faulkner’s decision to implement it.

This was another example of the British government acting out of desperation to avoid responsibility for Northern Ireland. They are employing the same approach today in dealing with the Northern Ireland Protocol.

9th August 1971, 'Operation Demetrius': The British Army sweep in to arrest and intern hundreds in occupied Ireland. Thousands of people were displaced in the process. pic.twitter.com/wPvgDZdyYO

During Faulkner’s brief time as Prime Minister, the number of explosions caused by IRA bombs increased every month. Feeling pressure to respond, he played the internment card to show unionists he was “determined to end the violence.” Faulkner declared internment under Northern Ireland’s Special Powers Act, which provided broad authority to detain any person “who is suspected of acting or having acted or being about to act in a manner prejudicial to the preservation of peace and maintenance of order in Northern Ireland.” The internment declaration was accompanied by a ban on all parades, but Orange Order marches continued unabated.

The British Defense Ministry permitted members of the military to train Royal Ulster Constabulary (RUC) officers on conducting “in-depth” interrogations of detainees. These interrogations were carried out by using “five techniques.” The five techniques were: hooding suspects at all times except during questioning, forcing them to stand and beating those who fell, withholding food and water, depriving them of sleep, and exposing them to continuous noise.

Fourteen individuals, who became known as the “hooded men,” were subjected to these techniques during their internment at a World War II airfield in County Derry. Later in the decade, their cases became the basis for the important European Court of Human Rights decision in the Irish State Case, which held the five techniques constituted “a practice of inhuman and degrading treatment” in violation of the European Convention on Human Rights.

Within six months, 2350 had been interned under poor conditions at places like Long Kesh prison and on the Maidstone prison ship. Fifty percent were released without ever going to court.

The case was back in court recently. The United Kingdom’s Supreme Court heard arguments for three days about the failure of the RUC, and the Police Service of Northern Ireland, to hold a human rights and common law compliant investigation into the “torture” of the hooded men and evidence that demonstrated their mistreatment had been authorized by British ministers.

The Committee on the Administration of Justice, who represented one of the parties in the litigation, noted that although it is 50 years later victims still “have a right to [the] truth” about what took place. The Supreme Court reserved judgment and will issue a ruling in the future.

“Apparently certain local authorities in County Down are at the moment naming streets in a language which is not our language and I do not think that should be allowed.”

According to Bloomfield, RUC intelligence on the IRA was “woefully out of date.” It reflected “the order of battle of the old IRA rather than the structures of the new Provisionals [Provisional IRA].” The bad intelligence yielded a list of 450 individuals for arrest in the initial sweep. Many on the list had no republican connections at all.

The list did not include any current Provisional IRA leaders. Nor was a single loyalist paramilitary member on the list, despite the high levels of loyalist violence. 18 months passed before the first loyalist was interned. The list, however, did include non-violent civil rights leaders, which led to the internment of Michael Farrell (People’s Democracy) and Ivan Cooper (Derry Citizens Action Committee).

Initially, 350 individuals were picked-up and imprisoned. More than 100 were released within 48 hours, another sign that the intelligence was faulty. Nevertheless, arrests continued.

Within six months, 2350 had been interned under poor conditions at places like Long Kesh prison and on the Maidstone prison ship. Fifty percent were released without ever going to court.

Internment’s impact on society was profoundly negative. Derry civil rights activist Eamon McCann called the hours after internment “the bloodiest Northern Ireland had known for decades.” 17 people were killed within 48 hours, and seven more the next day.

Ten of the dead had lived in the small Ballymurphy enclave in Belfast. They were shot by members of the British Army’s First Parachute Regiment. Recently, in Northern Ireland’s longest running inquiry, Coroner Mrs. Justice Keegan found the Ballymurphy victims were “entirely innocent of any wrongdoing” when they were gunned down. To date, no one has been held accountable for their murders.

The nationalist community was outraged by the injustice of internment.

The singularly-focused attack on their community led to a feeling of total alienation from the government. Thousands of Catholics left their homes in Belfast and Derry and moved across the border to the Republic. Paddy McGuigan’s song supporting the internees - "The Men Behind the Wire" - climbed to number one on Irish pop charts.

The government had preposterously claimed that internment would disrupt the IRA. In fact, it benefited the IRA. First, it legitimized the IRA argument that the nationalist community could never depend on a unionist government to keep them secure, and it increased favorable sentiment for the IRA within that community. Second, new recruits flocked to join IRA ranks, and money and arms poured in from overseas. Third, internment helped the IRA grow into an army capable of waging a guerilla war throughout the entire statelet, which is what happened for the next two and one-half decades.

Despite the ground truth of these facts, Faulkner argued that internment was “working.” He said it enabled the army to take the “offensive” against the terrorists, and he downplayed its impact on the nationalist community. He noted dealing with terrorists was a harsh business, and that “innocent people will [sometimes] suffer.” The nationalist community was experiencing the suffering, which may explain why internment remained in effect for four years. Nevertheless, once it became clear to everyone that internment had been a complete disaster, as the British government had carefully planned, Faulkner took the blame.

Interrogation techniques used against the so-called Hooded Men during internment in Northern Ireland would be torture if deployed today, the Court of Appeal has ruled https://t.co/pbVWpqlDri pic.twitter.com/uEjiU3W0wL

As for direct rule, the British government avoided imposing it until forced to do so five and one-half months later in the wake of Bloody Sunday. On that day, a civil rights march was held in Derry to protest internment. Tragically, members of the First Parachute Regiment shot 13 civil rights protesters to death, stamping-out Northern Ireland’s non-violent civil rights movement and plunging Northern Ireland toward the abyss.

Ed Neafsey is a retired NJ Superior Court Judge. He provided legal research on U.S. torture and civil rights law to the Belfast human rights group, Committee on the Administration of Justice, in the Hooded Men Case and Shanahan v UK. He served as a trial observer in the Diplock court case against the Beechmont 5 defendants.