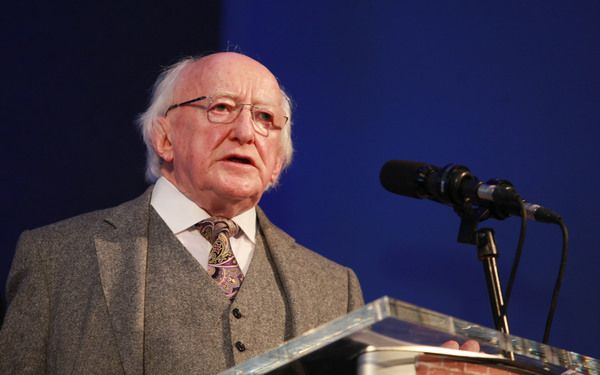 President Michael D Higgins has denied that his decision not to attend a church event in Armagh to mark the centenary of Northern Ireland was a snub to Queen Elizabeth.

Mr Higgins has turned down an invitation to next month’s commemoration of partition and formation of Northern Ireland, which has been organised by the four main Christian churches, saying that it had become a “political statement”.

President Higgins has been criticised by unionists and former Taoiseach John Bruton.

At first the President said he had turned down the invitation because he had been incorrectly referred to as “President of the Republic of Ireland” adding that the title of the event was not neutral. It later emerged that the organisers had used his correct title as President of Ireland.

Mr Higgins was in Rome meeting the Pope when the controversy exploded back home. Speaking in Rome, he said: “What had once been an invitation to religious service, or a religious event had become, in fact, a political statement.

“What began as a religious service or reconciliation is now the celebrating, the marking, I think is the word used, the partition of Ireland and the creation of Northern Ireland. It’s a different thing.”

Taking aim at DUP criticism, he said: “I’ve gone up to Northern Ireland to take part in events in Queen’s (University), and events in the University of Ulster and so forth. And there hasn’t been often the great traffic down from the DUP people who are criticising me now.”

He added: “I am not snubbing anyone, and I am not part (of it) because I don’t agree with it – I am not part of anyone’s boycott of any other events in Northern Ireland.”

Minister for Foreign Affairs, Simon Coveney, said his department had not given any “clear advice” to the President in relation to the invite.

Speaking on RTÉ DUP leader Jeffrey Donaldson said the organisers of the event are not asking President Higgins “to attend some kind of re-enactment event.”

“I’m not asking President Higgins, nor are the church leaders, to do anything other than mark an event, a moment in history that helped to shape and define both parts of this island over the last 100 years.

“We are not asking him to become a unionist.”

Catholic Archbishop of Armagh, Eamon Martin, said: “We’ve been explaining and discussing this event now for maybe six to nine months with all of the various parties and we have always insisted that it will remain apolitical and we hope to try to keep it that way but we can’t rely on others to do that – but we will be keeping this as a moment of prayer and reflection.

“And here we are 100 years later on this day, with the repercussion of what happened that year.”