Home Hibernians Leap Over The Leprechaun 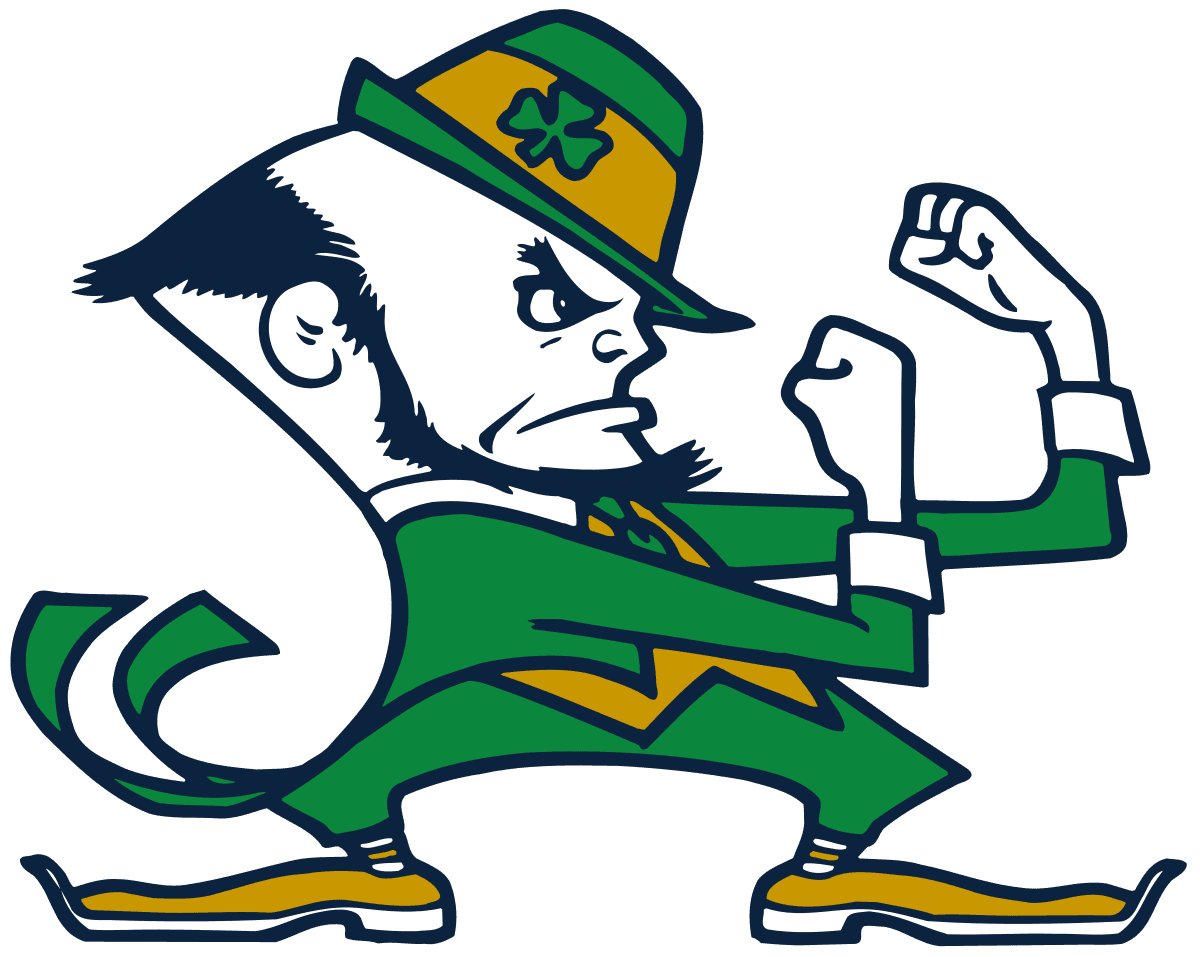 The AOH says a brouhaha over the Notre Dame Fighting Irish Leprechaun is a tempest in a teapot. The real issue is clothing offensive to Irish culture that is for sale on major retail outlets.

Hibernians Leap Over The Leprechaun

There is a brouhaha over the Notre Dame mascot, the leprechaun with his dukes up.

An opinion poll has found it to be offensive. Notre Dame is defending its pugilistic leprechaun.

The Ancient Order of Hibernians reckons the fight needs to be taken somewhere else. The order's Anti-Defamation Chair, Neil Cosgrove, is leading the charge in this respect and against what he contends is a manufactured tempest in a teapot.

"It is with a mixture of disbelief and despondency that we read today headlines 'Notre Dame leprechaun considered offensive, according to survey' in multiple newspapers and media outlets," said Cosgrove in reference to a string of recent reports..

"This media-manufactured controversy stems from a poll conducted by a T-Shirt printing company that allegedly concluded that the Notre Dame Leprechaun logo and the nickname of 'Fighting Irish' are offensive."

Cosgrove said that the AOH cannot help but question why major news outlets have suddenly bestowed upon Quality Logo Products Inc. of Aurora, Illinois, the gravitas of the Gallup poll.

Continued Cosgrove: "It is also noteworthy that Notre Dame finished fourth in the survey, yet it is the focus of the headlines.  When has 4th place ever accorded such notoriety?

"Sadly, this 'controversy' seems to have more to do with a strategy by some media outlets to prioritize titillating headlines over the story's substance (or lack thereof) to garner mouse clicks, retweets, and shares than any actual outcry of offense.

"Sadly, it appears that some seek to weaponize the Notre Dame Leprechaun as part of the continuing debate over team names and mascots. Lost on these misguided individuals is that unlike depictions of Native Americans, the Leprechaun is a mythical creature, not an alleged archetype of a group of real human beings.

"The Leprechaun is a beloved figure of Irish folk law, not history. As to the sobriquet 'the Fighting Irish,' most accounts trace it back to the early days of Notre Dame's sports program when anti-Catholic sentiment in America was high. The fight against such hate is a fight well worth fighting, then and now,  and it is a nickname to be proud of."

Concluded Cosgrove: "It is disappointing that the media is chasing offenses concerning Notre Dame as illusory as the Leprechauns crock of gold while ignoring the clearly defaming items that can be bought at Amazon and other retailers; items with phrases such as 'Irish Today, Hung Over Tomorrow' or 'Kiss Me I'm Irish, Drunk or Whatever.'

"Those items are truly offensive, no survey from Quality Logo Products Inc. needed."