Home Opinion WE SAY: Honoring the Extraordinary in no Ordinary Time 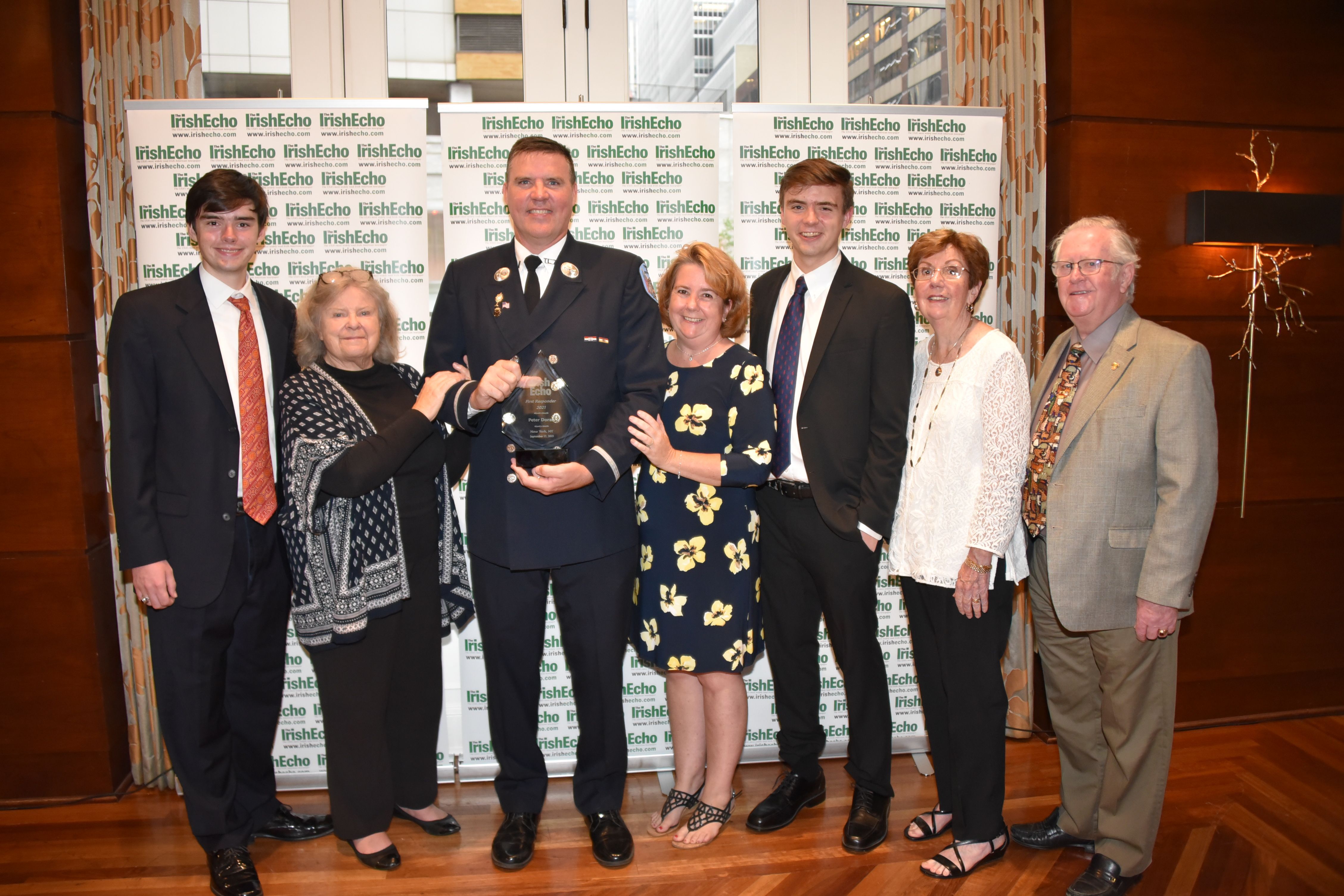 WE SAY: Honoring the Extraordinary in no Ordinary Time

When the Irish Echo first came up with the idea of honoring first responders it was, of course, prompted in part by the memories of 9/11. Those jolting, peace-of-mind shattering, extraordinary memories.

For the New York City Fire Department in particular that day in 2001 was both its greatest moment of tragedy and its finest hour. The FDNY's self descriptive motto is "New York's Bravest."

On that day, the FDNY lived up to that title and, well, so much beyond it. But the courage and selflessness displayed on 9/11, now twenty years ago, was not confined to that one day. What was confined, and what has been confined in the years since, was the staggering loss of life.

But the bravery, the raw courage that the world witnessed on 9/11, is present in the ranks of the FDNY, and fire departments all over the country, on any given day.

So too is the iron-clad devotion to public service, a devotion reflected in those wearing EMS as well as firefighter uniforms.

In the last year and a half we have seen the concept of first responder expanded to cover healthcare workers in the front lines battling Covid-19. First Responders, in this new and broader context, are essentially those who turn and face danger, and oft-times rush towards it.

Yes, we should consider tradition, family, courage and commitment.  But we also have to consider those first responders who were lost in the years after 9/11 as a direct result of the cowardly and evil attacks on America, on innocent people of America, and indeed many other nations, Ireland included.

As a society, we would be lost without them. Of course, Covid has had so many far reaching effects for our society that they have yet to be fully quantified. But one particular effect for us was the cancellation of the 2020 First Responder Awards, the seventh annual gathering.

Well, and even while we are still battling Covid-19, events have progressed sufficiently to allow the seventh gathering to now go ahead on Friday, September 17 at Rosie O’Grady’s in Manhattan.

The awards event will again be an opportunity for the Irish Echo, and indeed our readers and advertisers, to pay tribute to the men and women who have, over the years, played such a vital role, not only in serving our communities, but in adding chapter after honorable chapter to the story of the Irish in America.

The awards honor all who serve in the front line of Fire and EMS departments around the nation. Award winners are drawn from firefighters and EMS personnel who work in every state, and who are nominated by the public. Our past honorees have been firefighters and paramedics from as far afield as Nebraska, Missouri, Illinois and Arizona, so this is truly a national event. These gatherings are a celebration of the great tradition of families, and succeeding generations in families, stepping up as our nation’s first responders.

Clearly, this Friday's gathering will be an especially poignant one, coming just days after the 20th anniversary of 9/11, a world changing event that was both an affirmation of the very best in humanity facing up to the very worst.

And while the reception and dinner is an opportunity for fellow first responders to meet and greet, and for the honorees to be heartily lauded, it is another moment when we should pause and consider certain things.

Yes, we should consider tradition, family, courage and commitment.  But we also have to consider those first responders who were lost in the years after 9/11 as a direct result of the cowardly and evil attacks on America, on innocent people of America, and indeed many other nations, Ireland included.

So we must honor the legacy of those we have lost, even as we cheer and award the living. It is, at its heart, a sacred task.