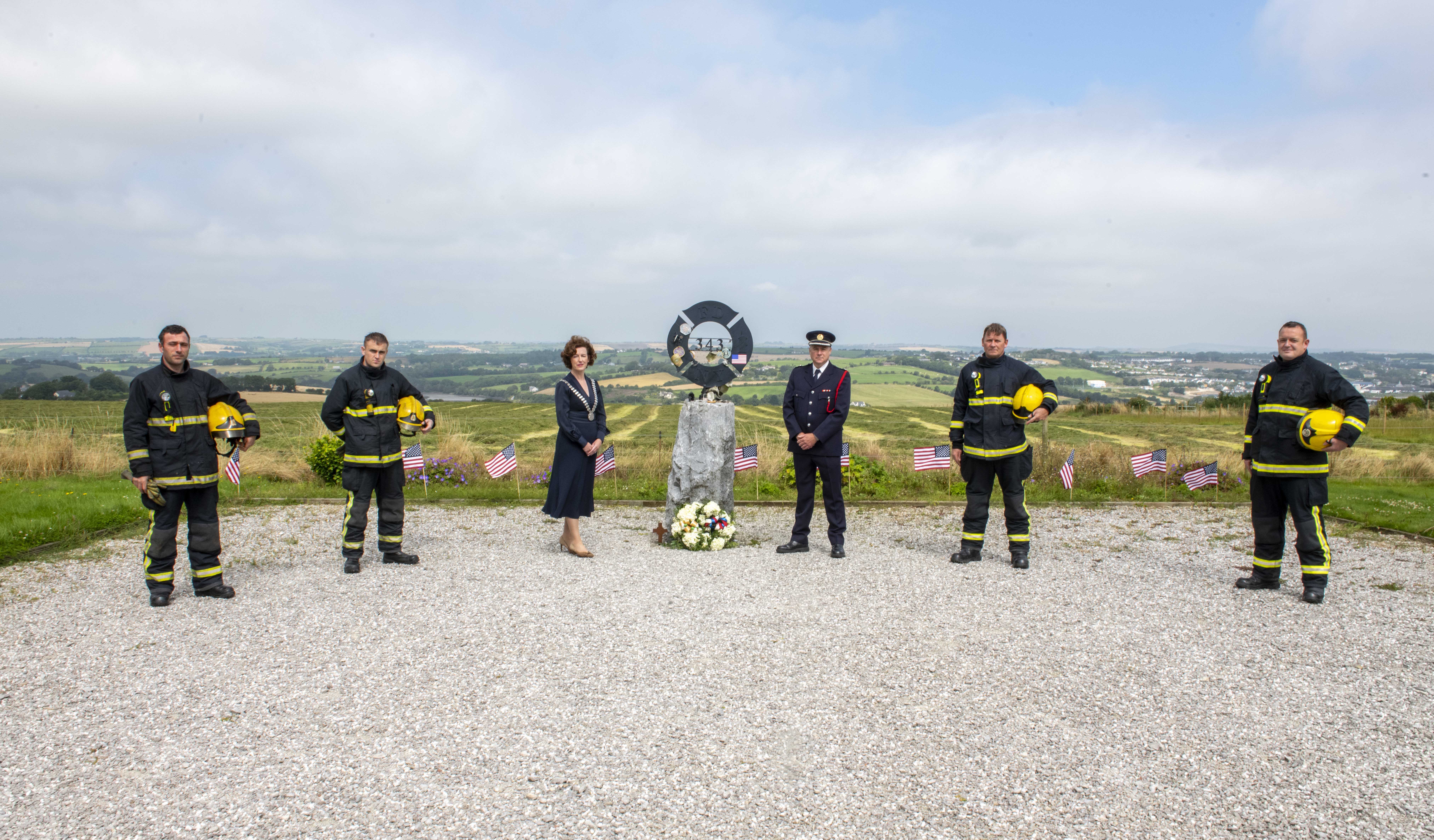 Cork County Mayor Gillian Coughlan has led a special memorial tribute to the New York firefighters who died in the 9/11 attacks.

The mayor was joined by members of Cork County Fire Service in the video tribute, created at the Ringfinnan Garden of Remembrance near Kinsale and intended to mark the twentieth anniversary of September 11.

Ringfinnan Garden of Remembrance was founded by Kinsale native Kathleen Murphy who had worked as a nurse at Lenox Hill Hospital in New York for over 30 years.

On family land, Kathleen created the garden, planting 343 trees, each one bearing the name of a member of New York City Fire Department who gave their lives on 9/11 in the pursuit of saving others.

Mayor Coughlan, said: “The attack on the Twin Towers was one that shocked the entire world, and brought to the forefront of our minds the bravery of first responders around the globe.

"Each of the men commemorated here had turned up for work on that fateful day, knowing that they would willingly run towards danger if they needed to help others. From the utter tragedy of 9/11, their bravery shone like a beacon.

"No matter what evil is perpetrated, or what disaster befalls a community, firefighters everywhere stand ready to respond. Twenty years may seem like a long time, but to the families who lost loved ones, time heals slowly. In Cork, we stand with those families today, and with all those still grieving.”

Mayor Coughlan laid a wreath at the memorial garden, accompanied by members of the Cork County Fire Service.

Assistant Chief Fire Officer at Cork County Fire Service, Paul Griffin, said at the wreath laying: “Today we honor the hundreds of brave souls who tended to their duty and lost their lives.

"As first responders, we shoulder the weight of responsibility when tragedy strikes. We know that we walk into danger, and face risks side-by-side with our colleagues. Those who ran towards the Twin Towers represented the very best of us. One cannot but be struck by the sheer number of trees at this peaceful site, realizing that each represents a fallen hero.”

Virgil Horgan, Kathleen Murphy’s cousin, is one of the custodians of the Memorial Garden.

He said: “Many of the firemen who died were Irish, or of Irish descent. They were the men who marched in the Saint Patrick’s Day parade in New York in March, 2001. Kathleen and her family felt it was important to make sure that each family could identify the tree commemorating their loved one, which is why each tree bears the name of a firefighter who lost their lives while trying to save others.”

The Garden of Remembrance has been visited by many since it first opened, including by some of the families of the firefighters whose names are inscribed on each of the trees.

Rosaleen Tallon’s brother, Sean Patrick Tallon (26), was a probationary firefighter at Ladder 10‚ the fire station located directly across from the World Trade Center. He was among the first to respond on 9/11.

Rosaleen said: "Sean would be so honored by the living memorial of trees at Ringfinnan, growing tall on the hill over Kinsale, in his mother’s native Cork.

"Sean loved visiting his family in Cork and he was proud to have Rebel blood in his veins. My mom and I appreciate the love and compassion that inspired dear Kathleen Murphy to create the Garden of Remembrance, and the love and dedication of the people that continue to keep the garden going. We have visited the garden every year when we were on vacation and it always gives us comfort."

The Ringfinnan Garden of Remembrance is open to the public daily. It is home to a range of native Irish trees including Oak, Ash, Birch, Crab Apple, Hawthorn, Willow and Scots Pine. Other varieties present in the garden include Sycamore, Magnolia, Eucalyptus, Plum, Weeping Pear and Lawson Cyprus. The wide variety of trees means that the garden changes with the seasons and has color and life year-round.

The video tribute is available online at https://youtu.be/q9LdeUDUgrs