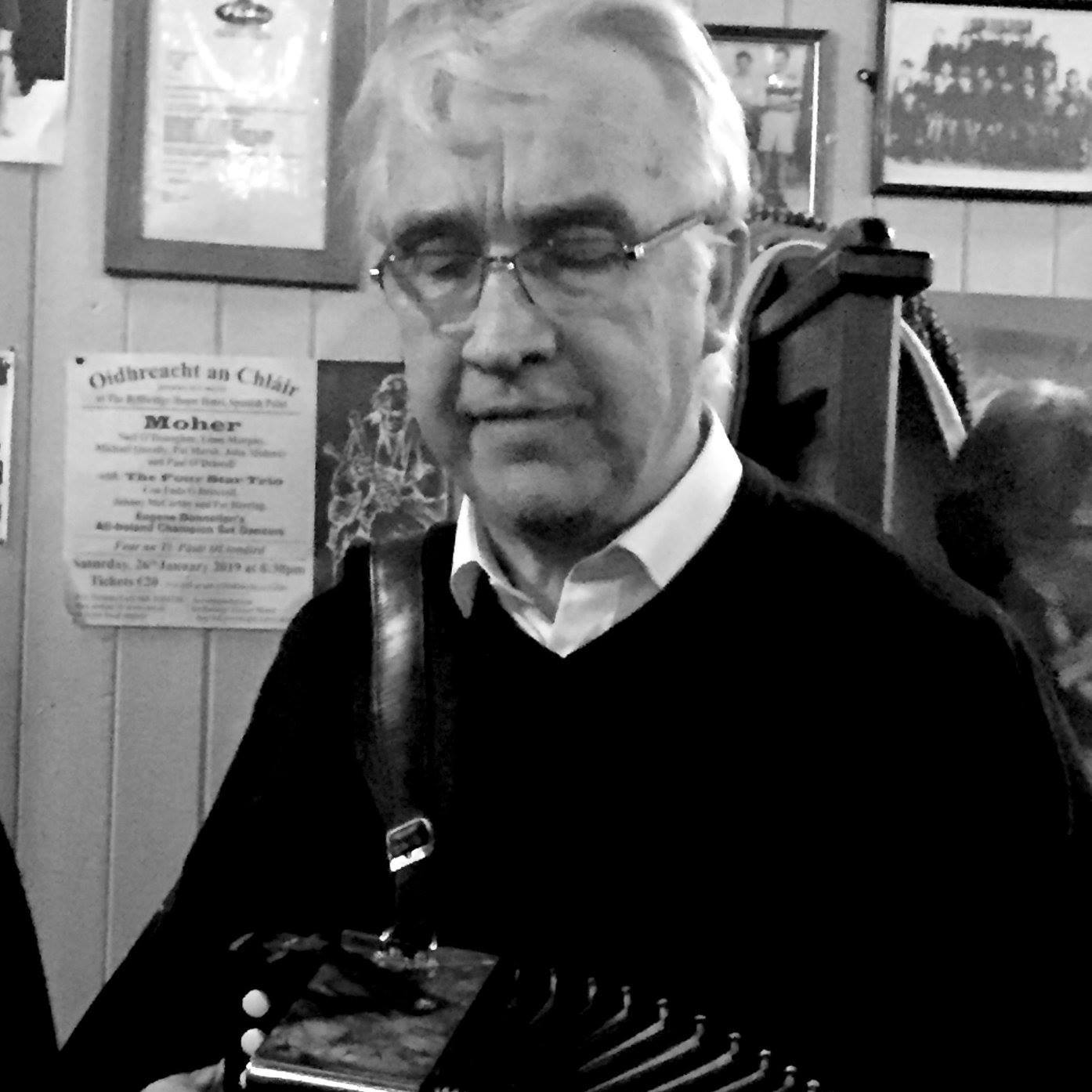 This week I’ve got something new and quite interesting to discuss: “I Remember It All,” the forthcoming audiobook from Oliver O’Connell.  Exploring “[O’Connell’s] life’s story over the past sixty years against a backdrop of phenomenal changes in Irish society,” the book is a fascinating and well rendered concept that folks interested in the world from which traditional music emerged – especially those with a taste for the Banner County – will find very, very interesting, indeed.  O’Connell was so kind as to send me a few chapters and I thoroughly enjoyed what I heard. I think you will too.

O’Connell is well known to many of this column’s readers.  He’s a poet, a storyteller, a historian, a musician, and an all-around doyen of the Burren, whose people have been in Clare for 14 generations.  Ten years ago he co-authored “Free Spirits: Irish Travelers and Irish Traditional Music,” an incredible book about the contributions of Irish Travelers to the development of traditional music, with Tommy Fegan, but he’s the sort to never rest on his laurels, having appeared on radio & TV, hosted the “Burren Backroom” kitchen sessions and concerts at his house in Clare, and if that weren’t enough, passed on the musical tradition ever since (most famously to his son Blackie, one of the finest pipers in all of Ireland).

“I Remember It All” offers O’Connell’s perspective on “being there” and covers things like “rural Ireland, the rise of the Doolin global phenomenon in North Clare, the avarice and waste of the Celtic Tiger and the havoc of its demise […] from the strategic vantage point of his home on the road from Listdoonvarna to Doolin, where he was born in 1948.”

Along the way, listeners hear about church and political scandals, life in the UK as an immigrant during the Troubles, and various business and medical crises O’Connell endured over the years, including the COVID-19 experience.

Given its role in O’Connell’s upbringing, music is, of course, an important recurring theme.  “The music of the great North Clare musicians had a huge influence on me,” O’Connell explained.  “Micho Russell, Bobby Gardiner, Micilin Conlon, Tom Scullane and of course all the greats from Kilfenora and Ennistymon.”  These are names that traditional music fans all know, but in one chapter I listened to I was fascinated to hear O’Connell talk about the reason why Doolin’s musicians might have had a leg up.

Without giving away too much, the chapter “A Murder in Doolin” recounts how a crime scene at the Cliffs of Moher may have led to Doolin becoming an international hub for music lovers and craic seekers.  It’s fascinating stuff and real food for thought.  (Looking beyond Doolin, I know O’Connell has promised stories about Finbarr Dwyer, Roger Sherlock, Brendan Mulkere, Raymond Roland, Tommy McCarthy, and Martin McMahon in the London chapters – I wonder what kind of intrigue we’ll hear about there!)

The book’s overall effect, as the project’s press release most aptly puts it, is a “fireside view of a dramatically changing Ireland.”  “Fireside view” is a perfect description for what’s going on here, not simply because of how interesting O’Connell’s life has been, but because of how well he is able to communicate its nuance to listeners.  He possesses a gentle, warm, and deeply engaging speaking voice, but it’s the way he phrases his sentences and weaves a narrative that enhances his already animated prose.  It’s simply brilliant.

“I Remember It All” is shaping up to be a really, really interesting project and I look forward to hearing the whole thing – it’ll feel like being in Ireland, especially if traveling there remains a problem!  Definitely check it out if you’re feeling homesick!  The project is due out before month’s end and will be available through Custy’s Music Shop in Ennis, custysmusic.com.  Readers interested in more detailed information about the project can reach out to O'Connell directly at oliveroconnell1@gmail.com.

One final note: “I Remember It All” is the first of two related projects, the other being the film “Always a Journey, Never a Destination.”  Slated for an early 2022 release, the film will look at O’Connell’s journey in Clare, digging deep into the county’s beauty as well as O’Connell’s prose and poetry.  It will also include the music of Finbar Furey, Blackie O’Connell, Mickey Dunne, Cyril O’Donoughue, and will feature historic musical performances that will include the likes of Des Mulkere, Michael Kelleher, Joe Rynne, Christy Barry, James Devitt, Bobby Gardiner, Michael Hynes, and Johnny Conlon.  It’s shaping up to be an incredible project, one that I’ll report on further once it’s available.