Home Homepage Editorial: 9/11 And The Right To Know 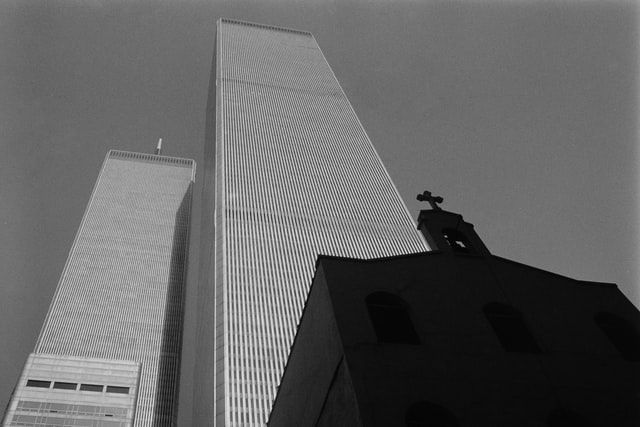 Editorial: 9/11 And The Right To Know

Readers of the Irish Echo will be familiar with the coverage over the years of efforts undertaken by people in Northern Ireland to learn about the precise circumstances surrounding the deaths of loved ones during the long years of violence.

The Ballymurphy Families campaign is a case in point. And there are other groups and individuals who are, this very week, traveling to London to press the case for light to be cast into the dark corners of British government actions - actions that the families contend were carried out beyond the parameters of the law and common decency.

It is a basic human desire to want to know what happened to a loved one when his or her life is ended abruptly, violently, and illegally. This is no less the case with the families of all who lost their lives in New York, at the Pentagon, and in the skies over Pennsylvania on September 11, 2001.

This week we mark the twentieth anniversary of that awful day, that day of memories seared into our collective mind, heart and soul.

As the years pass there is an increasing number of people who will not remember 9/11 as a living experience, they having been born after that day.

But we are not too far down memory's road as yet. Twenty years is a long time, and no time.

For those who were going about their lives on that early fall day, a day of brilliant blue sky and pleasant temperature, there is no forgetting. The memory is still sharp, the emotional response still alive.

And here we are talking about those of us who were witnesses, and that, of course, is the vast majority of us.

But even as just living witnesses and observers to the evil terrorist attacks on innocent people we feel a deeply personal pain. For this was an attack on all of us by people who seemingly would have desired the deaths of all of us.

How deeply, then, is the well of loss and grieving for those who lost loved ones on that September day?

It is well nigh impossible to put into words.

But beyond loss and grieving there are also unanswered questions, especially with regard to what, if anything, the Saudi authorities might have known of the planning of the attack that would change the course of not just American, but of global history.

So the 9/11 families, like the Ballymurphy Families and others, want answers. They are entitled to those answers; entitled and then some.

President Biden has moved along the path to delivering answers by way, this week, of an executive order. And on Capitol Hill there is the bipartisan September 11th Transparency Act.

According to a statement from New York Senator Kirsten Gillibrand, the act will improve governmental transparency regarding federal 9/11 investigations.

The bill, Gillibrand said, "would ensure that the Department of Justice, the Central Intelligence Agency and the Director of National Intelligence declassify, as appropriate, the documents that could identify additional co-conspirators."

And she continued: “I am grateful for President Biden’s executive order, which will help give Americans the transparency they deserve about September 11th. For years, I’ve worked with my Senate colleagues to improve transparency surrounding federal investigations of 9/11. Now, twenty years after this horrific attack, this executive action will bring some measure of justice and accountability for survivors and families.”

Some measure of justice and accountability.

There is, perhaps, a note of realism in that line. It is highly unlikely that everything that the U.S. government knows or suspects about 9/11 that has been deemed classified to date will be made available to the 9/11 families and the broader public.

But that is no reason why the blanket of secrecy should be maintained at the level that has prevailed over two decades.

When you invoke the principle of classifying information it invariably leads to heightened suspicion, and indeed potentially inaccurate speculation.

And it leads to pain and hurt for families who continue to search for nothing less than the whole truth.

The truth can indeed hurt. But it also can be the start of a process that allows the grieving to move beyond a perpetual shadow and into the light of a new day, year, decade.

We remember all those we lost on September 11, 2001. We hope that their memory can guide our legislators to the point that the truth for the 9/11 families, for all the rest of us, will no longer be impeded by misplaced or exaggerated concern for the sensibilities of others.