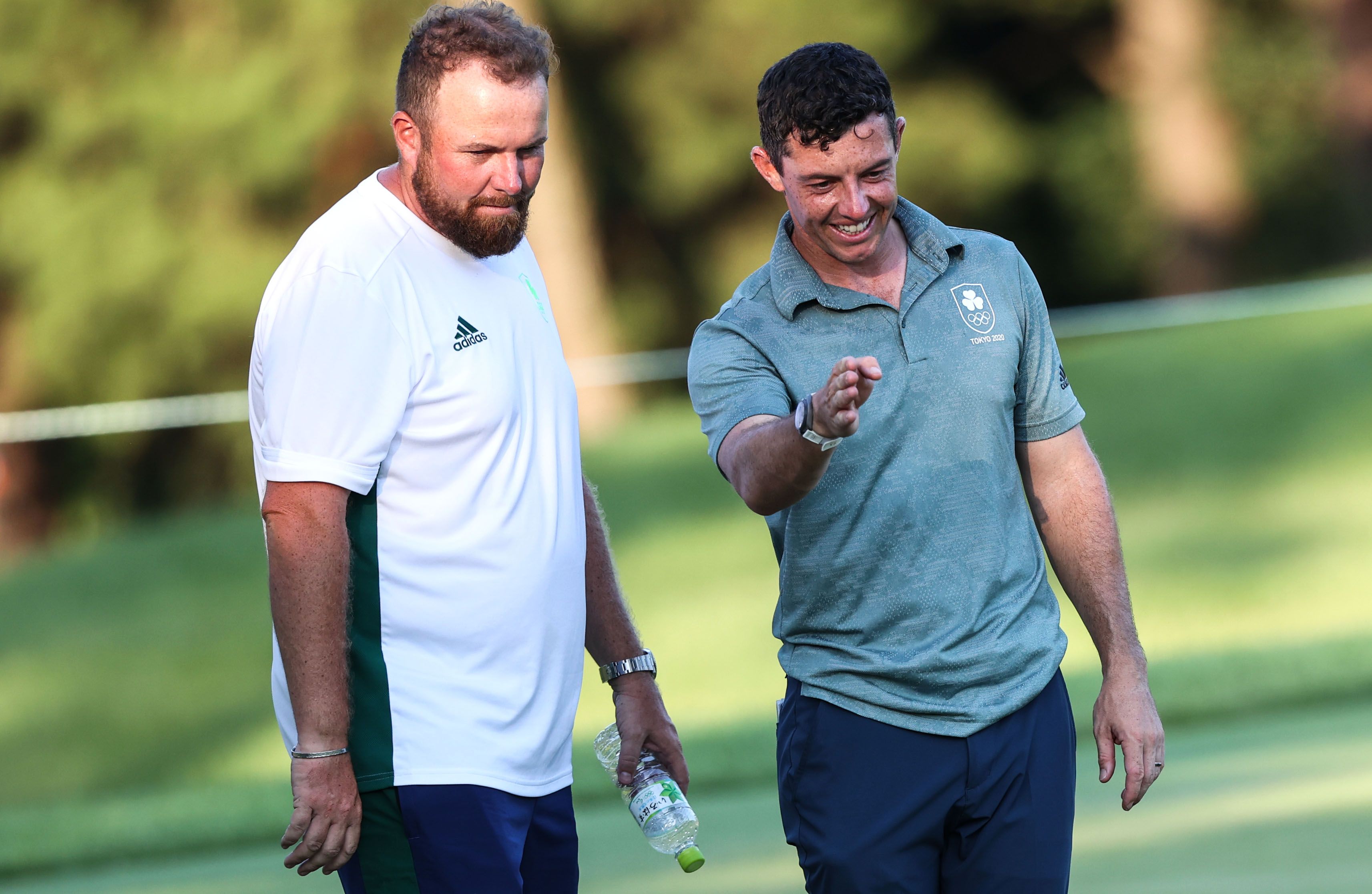 Rory McIlroy will continue on to East Lake in Atlanta this week along with 29 rivals for the Tour Championship and a shot at the FedEx Cup, while Shane Lowry will head home to Ireland to prepare for the BMW PGA Championship at Wentworth in England next week.

That is the upshot of the finish in another BMW Championship, the version that was held last week in Owings Mills, Maryland, which removed 40 golfers from contention in this week’s PGA Tour season finale. McIlroy got fourth place at Caves Valley, which placed him 16th in the FedEx chase, while Lowry earned a share of 26th place, good for only a bump up to 45th on the FedEx ladder.

McIlroy’s 64 on Thursday was good for a share of the lead in this event that featured 70 survivors from the previous week’s Northern Trust in New Jersey. He wasn’t quite as dialed in on Friday, when he shot 70. Complicating matters greatly was the 60 that Bryson DeChambeau hung up to move ahead of McIlroy by six strokes.

McIlroy made few mistakes over the weekend; a bogey at the first hole on Sunday was the only stroke he coughed up. He knocked out rounds of 65 and 67 to match Patrick Cantlay’s weekend scores and go one better than DeChambeau for the final 36 holes. Yet, McIlroy could only watch as those two rivals, who’d essentially competed on Sunday as if it were match play, needed six extra holes until Cantlay got the better of DeChambeau. Birdies at 17 and 18 by Sungjae Im also took third place away from McIlroy and cost him a few rungs on the FedEx ladder.

“It’s been a good week,” McIlroy said. “A lot more encouraging than last week at the Northern Trust. I got off to a better start. I think that’s the thing as well. Pete Cowan has always been on me about if you start tournaments well, you’ll do well. It was nice to play a good first round this week and sort of build off of that and not really be trying to play catch-up all the time.

“I tidied up my short game a bit this week, which was nice to see, made some good up-and-downs, made putts when I needed to hole putts to save a par or to make a birdie on a par-5 and keep the momentum going. All those little things add up to two or three shots a day and that’s a big difference out here.”

Lowry posted two immaculate rounds and was working on another until finishing with bogey at 18 on Friday. Still, when your rivals are dabbling with numbers in the low 60s, scores of 71, 68, 71 and 65 just aren’t going to cut it.

“To be honest, I don’t really like golf courses like this,” Lowry said after Sunday’s round. “Twenty-one under leading after three rounds, it’s quite hard to get yourself going. If you’re playing nine holes in even par, you feel like you’re reversing down the leaderboard, which you are. It’s just one of those courses where you need to do everything solid and hole a lot of putts.

“I didn’t really hole anything the first two days. Had a really bad finish yesterday. But I’m pretty happy with that round today. I’m pretty chuffed about it. That was a nice way to finish my 2021 PGA Tour season. All in all, it’s been a decent season for me on the PGA Tour. Obviously, a lot to play for over the next few weeks and I’m very excited about it.”

Lowry is now focused on ensuring he qualifies for Europe’s Ryder Cup team via the World Points list instead of relying on the good graces of Padraig Harrington. As matters now stand, Lowry is sitting pretty but plenty of competitors are nipping at his heels, so he will need a solid outing at Wentworth next week.

“Wentworth is going to be a big week,” Lowry said. “It’s a place I love going, and hopefully I can have a good week and kind of cement my place on the team. I’d rather I was fully cemented in the team and going to Wentworth just to play my game. But it is what it is. I’m in the position now where I need to kind of grab it by the scruff of the neck and go ahead and make the team.”

Michael Hoey has always exhibited good form; his problem has been stretching it out over 72 holes without suffering a bout of bad play. He was on his game throughout the B-NL Challenge in the Netherlands, sharing the low aggregate score after 72 holes with three rivals. The 73rd hole, however, witnessed his removal from contention.

Opening rounds of 71 and 69 did nothing to suggest that Hoey would be a force late on Sunday but the 65 he stroked on Saturday changed that. A bogey at 16, a par-3, was the lone blemish among seven birdies.

Hoey went bogey-free amid wet and windy conditions on Sunday, and the three birdies he earned were hard fought. His 68 had him 11 strokes under par for the event and on even terms with a trio, each of whom birdied the 18th hole the first extra time they played it. Hoey, however, took par there and was off to the clubhouse as the others returned to the 18th tee. Spain’s Alfredo Garcia-Heredia emerged as the winner after seven playoff holes.

Hoey moved from 58th place to 26th on the Challenge Tour rankings. Top 15 at season’s end earns a full exemption to next year’s European Tour, although 26th place would get him into a fair amount of events on Europe’s big stage.

Robin Dawson produced a rather startling turn of form after making only one of 13 cuts on this circuit in 2021 heading into the B-NL. An opening 66 had him only three strokes off the lead. He wasn’t quite as crisp the rest of the way but his rounds of 70, 74 and 71 were good for a share of 24th place, eight strokes off the low number.

Darren Clarke took a share of 10th place in the Ally challenge at Warwick Hills in Grand Blanc, Michigan.

Clarke was in the hunt from the outset, shooting 66 on Friday. A stroke under par for his round after eight holes, he birdied four of the next six holes to gain momentum. He went out again in 34 on Saturday but found the back nine a bit more slippery, picking up only two birdies which were whitewashed by a double bogey-6 at 15.

Sunday’s round began auspiciously enough with a birdie at the first hole but he wouldn’t be so rewarded again until 13. By that time, consecutive bogeys at the seventh and eighth holes quashed any hopes of a rally. An eagle-3 at 16, however, was a nice finishing touch.