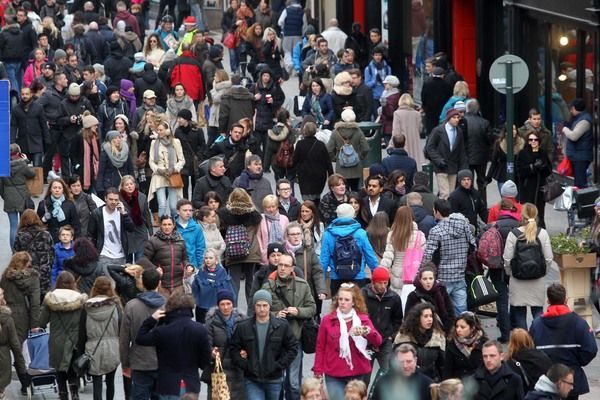 The Republic of Ireland's population was estimated to stand at 5.01 million in April, new figures from the Central Statistics Office show.

This marks the first time the population has risen above five million since the 1851 census, when the comparable population stood at 5.11 million, RTE reported.

Of course the population of the entire island of Ireland is bigger than 5.1 million. It is on its way to seven million when Northern Ireland is added.

But the number for the South is indeed a standout, not least given that the Republic includes those counties most devastated and emptied of people by the Great Hunger.

The latest total represents an increase of 2.19 million or 77% on the population low-point recorded in the Republic's census of 1961.

The new figures show there were 55,500 births and 32,700 deaths in the year to April, giving a natural increase in the 26 county population of 22,800. This is the lowest level of natural increase recorded since the 2000 population estimates, the CSO said.

These combined flows gave positive net migration - more people arrived than left - of 11,200 in the year to April, compared with 28,900 in the previous year.

The Dublin region experienced weak growth in the year and increased its population by just 8,300 people, a rise of 0.6%. Dublin's population in April of this year was estimated to be 1.43 million people, which equates to 28.5% of the Republic's total population.

Commenting on the results, statistician James Hegarty said: "Ireland's population was estimated to be 5.01 million in April 2021, which is the first time the population has risen above five million since the 1851 census, when the comparable population was 5.11 million. The total population on the island of Ireland in 1851 was 6.6 million.

"So 7,000 more Irish people returned to live in Ireland than left to live abroad and that's only the third time since 2010 that more Irish have returned than left," he said.