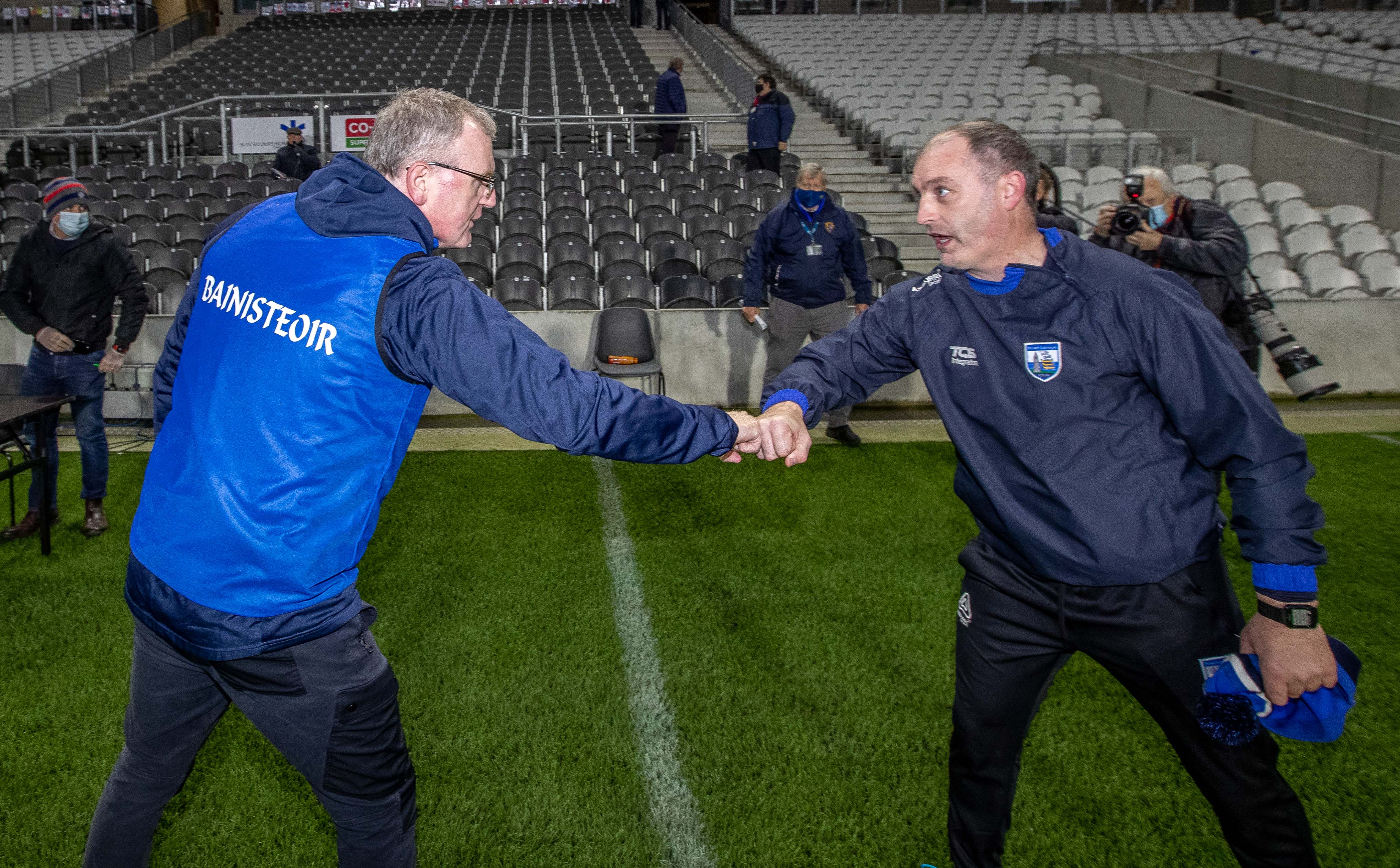 Clare manager Brian Lohan, left, and Waterford manager Liam Cahill after their All Ireland quarterfinal game last November, which was won by Waterford at Pairc Ui Chaoimh. Both will be staying with their counties, it’s been reported. INPHO/MORGAN TREACY

Lohan gets Clare vote of confidence

The Clare GAA executive have recommended a new three-year term for senior hurling manager Brian Lohan. Lohan had the option of another season in his current agreement, but the board moved to retain his services for two more seasons up to 2024. A County Board statement said it was a unanimous decision to offer Lohan a new three-year term. Clare exited this year’s hurling championship following a second-round qualifier loss to Cork. Lohan replaced Donal Moloney and Gerry O’Connor in Oct. 2019.

In Waterford, Liam Cahill has decided to stay for at least another year. The Tipperary native was hot favourite to replace Liam Sheedy in Tipp and apparently was the preferred candidate of the Tipp County Board. But last week Cahill, who has been Waterford manager for the past two years, confirmed that he was staying with the Déise.

Meanwhile former Wexford football manager Jason Ryan is favorite to replace Davy Fitzgerald as the Wexford hurling manager. Already Derek McGrath the former Waterford manager and former Kilkenny star Eddie Brennan, who had a spell with Laois, seem to be ruled out. If Ryan gets the job he would join a rare band of managers who have managed senior teams in both codes in the same county. The Waterford native led Wexford to the All-Ireland football semi-final in 2008 where the lost to Tyrone and he also managed the Kildare footballers in 2014 and 2015.