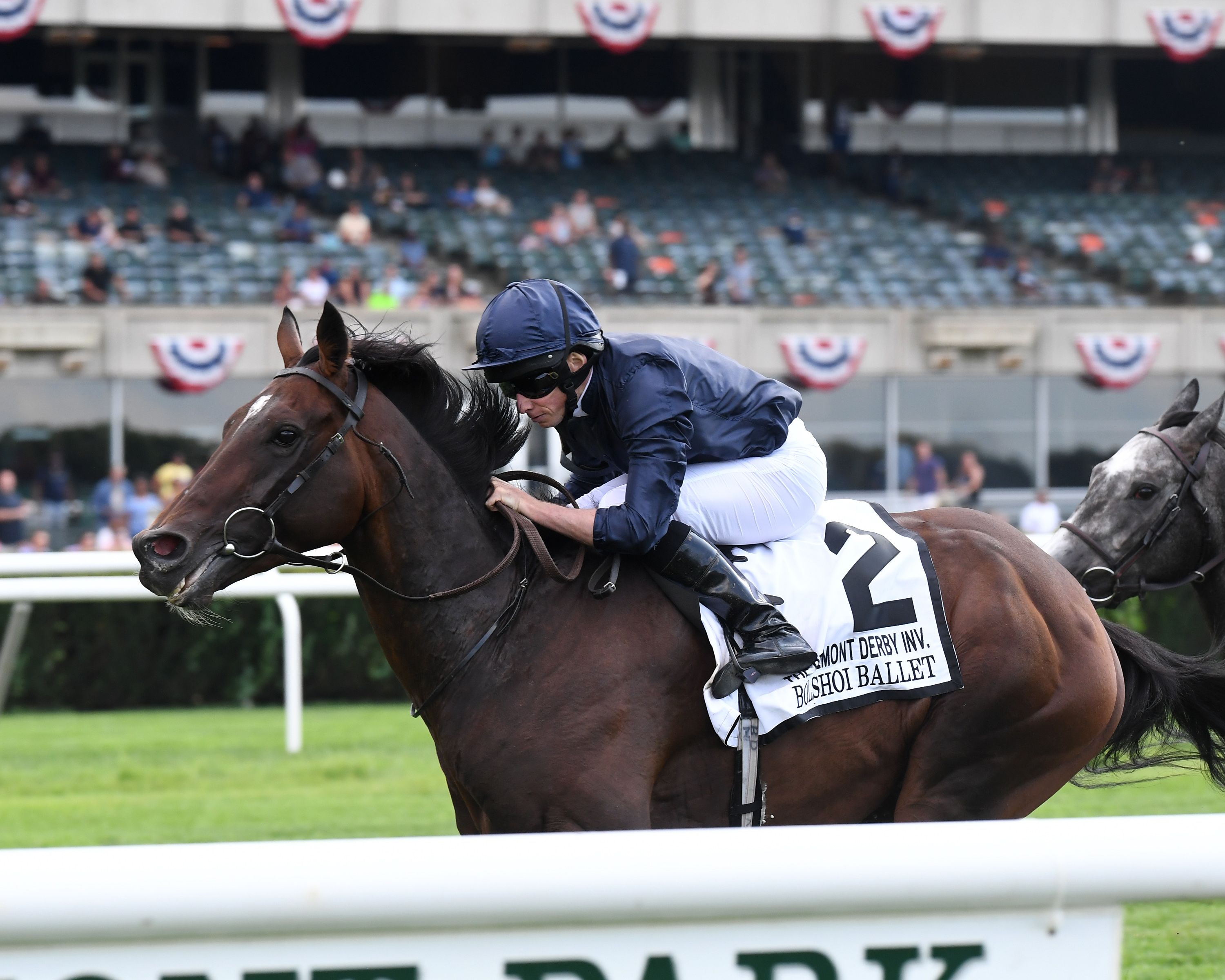 Saturday’s stakes-studded card at Saratoga has a distinct Irish lilt. Maxfield, owned by Godolphin and trained by Brendan Walsh, will try to assert his place among the country’s older horses in the Whitney Stakes, while three shippers from Ireland are slated to leave the gate in the Saratoga Derby.

Walsh, a Cork native, has been relatively conservative with Maxfield, a 4-year-old son of Street Sense, and has been rewarded with seven victories from eight career starts. All those victories have come in either Kentucky or New Orleans. The only blot, a third-place finish, was in the Santa Anita Handicap in California. This will be Maxfield’s first appearance in New York.

“This year, we’ve got a nice body of races into him,” Walsh said. “He’s still a fresh horse and that’s a good position to be in at this time of year. We were always on the back foot with him. We’ve always been battling a little inexperience or a lack of seasoning. [The Whitney] is a big test for him, so we’ll see how he stacks up against them.”

“Them” amount to only four rivals but they don’t lack credentials. Swiss Skydiver, a 4-year-old filly, has shown that she can keep stride with the boys, having won last year’s Preakness Stakes. Silver State brings a six-race win streak, capped off in the Met Mile at Belmont Park in June, into the Whitney. By My Standards was second in last year’s Whitney. The 6-5 morning line favorite, Knicks Go, is the likely pacesetter.

Jose Ortiz will once again mount Maxfield for Walsh and is pegged as the 9-5 second choice on the morning line. The Whitney is expected to go off at 5:48 pm EDT.

The Saratoga Derby at a mile and three-sixteenths on the lawn features three runners familiar to Irish punters, two of which can be expected to comprise the exacta according to the morning line. Coolmore’s Bolshoi Ballet was last seen winning the Belmont Derby four weeks ago, winning more comfortably than the margin of victory (just over a length) would suggest. Ryan Moore has a return mount on the Aidan O’Brien trainee.

Jessica Harrington will make her Saratoga training debut when Alpha Racing’s Cadillac leaves the post. The 3-year-old colt returned to the races in late June at the Curragh, just getting up to win the Group 3 ARM Holding International Stakes. Before that, he was a respectable fourth in last year’s Breeders’ Cup Juvenile Turf at Keeneland. Regular pilot Shane Foley is coming over for the mount.

An O’Brien intrafamily skirmish is brewing as Joseph O’Brien is bringing Teme Valley’s State of Rest over. The Irish-bred colt was a winner first time out last year at Fairyhouse but has found the winner’s enclosure elusive in six subsequent starts. Like Cadillac, he made his 2021 debut on the Irish Derby card at the Curragh, finishing a good third in the Celebration Stakes. John Velazquez, in the midst of a slump, gets the mount on State of Rest.

Bolshoi Ballet has been installed as the 2-1 favorite, followed by Cadillac at 4-1. State of Rest is 10-1 on the morning line. Post time for the Saratoga Derby is expected to be 5:10 pm EDT.

Also of note are the day’s second, fourth and seventh races. In the latter, the Glens Falls Stakes, Walsh will saddle Temple City Terror, owned by Pocket Aces Racing. The 5-year-old mare, held at 6-1 on the morning line, is looking for her first graded stakes win. She was most recently third in a Grade 3 event at Delaware Park. Tyler Gaffalione has the mount. Post time is expected to be 3:58 pm EDT.

In the second race, a main track route for older claimers at the $50,000 level, Tipperary natives David Duggan and Jeremiah O’Dwyer have entered runners. Duggan will send out Heirloom Kitten, a 5-year-old gelding that he briefly had in his shed row earlier this year. He won off the claim with Heirloom Kitten and lost the horse via the claim box in the same afternoon. He reclaimed the gelding, winless in four starts since leaving Duggan, last month.

O’Dwyer will saddle Shotski, a recent winner at this claiming price, although against limited winners. This will be a tougher crew. The 4-year-old gelding’s high mark came in December 2019, when he won the Grade 2 Remsen at Aqueduct. Times have been tough for him since then and his descent into the claiming ranks suggests that the colt has been battling physical issues that have seen rival trainers pass on him at the $50,000 plateau twice now.

An Ortiz brothers exacta isn’t entirely unknown at Saratoga and that could work to the favor of Heirloom Kitten (4-1 on the morning line), which will be ridden by Jose, while older brother Irad gets a boost into the saddle on Shotski (8-1) from O’Dwyer. The second race has a 1:08 pm EDT post time.

Michelle Nevin looks to have a live price play in the fourth race, a maiden special weight mile for New York-breds on the lawn, with Team Millennium’s Athenry. The 3-year-old gelding showed uncharacteristic spark in his third career start on opening day at Saratoga, leading much of the way under Manuel Franco before tiring late. He faces a dubious cast here and may have his way on the front end unless either of the two first-time starters are anything special. Franco rides again and the 8-1 morning line is especially mouth-watering. This race is slated to go off at 2:18 pm EDT.