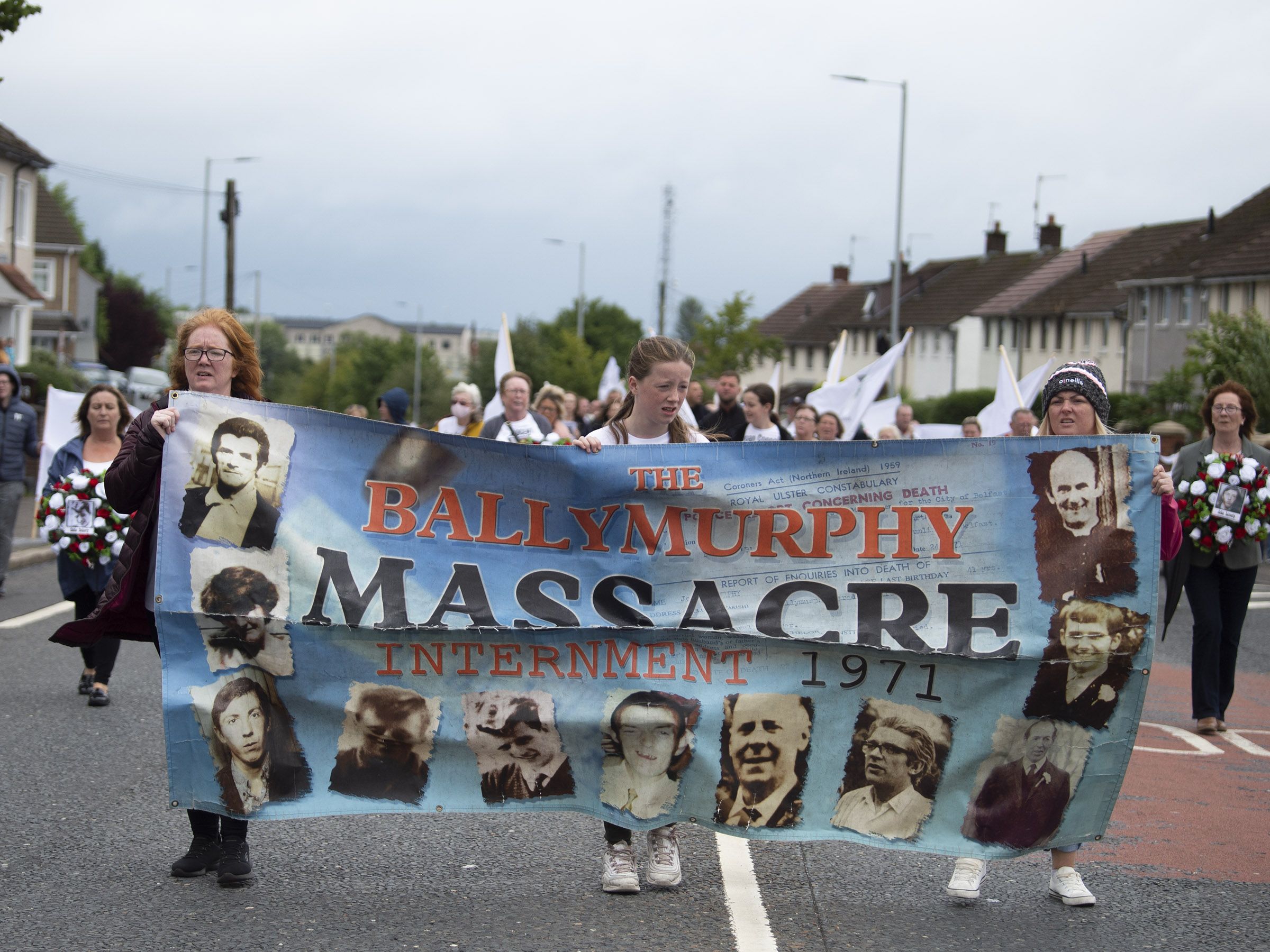 Fifty years ago this week internment without trial was introduced in Northern Ireland. British soldiers raided hundreds of Catholic homes, violently beating and trailing away men and teenage boys from their beds.

In the first initial sweep, on August 9 1971, 340 people were rounded up. Most had no connections to the IRA. It was not until December 1975 that internment ended. By then the Troubles had escalated and hundreds were dead.

This week a group of former internees commenced Judicial Review High Court proceedings against the Secretary of State and the Public Record Office concerning the release of their internment records from 1971 onwards.

They are anxious to discover whether their internment without trial was illegal. Last year, former Sinn Féin President Gerry Adams won a Supreme Court case when it was ruled that Adams’ 1973 detention should have been authorized by the Secretary of State personally, and because it was not the order to detain him was invalid.

That decision has opened the case for other former internees.

On Sunday in West Belfast hundreds of people marched in support of the Ballymurphy families, 11 of whom died at the hands of British Army’s Parachute Regiment in the hours and days after the introduction of internment.

They listened as the families hit out at the British government’s plans for an amnesty for Troubles-related offenses, including murder.

Earlier this year, the families scored a landmark victory when the Belfast coroner ruled that the victims had been "entirely innocent". The British government also wants to put an end to long overdue inquests.

John Teggart, whose father Danny was one of the British Army’s victims in August 1971, said: “The British government says the current process including inquest don't work.

“Well, we disagree, we proved that inquest works and they can get to the truth. We want other victims and campaigners to hold on to that hope, despite what the British government is attempting to do.

“They want to deny us, and so many other families, any chance for justice by introducing an amnesty for these murderers and stopping all possible legal action.

“What right do they have to deny victims the opportunity to find out the truth about what happened to their loved ones?

“The previous Lord Chief Justice produced a five-year plan to clear the backlog of inquests. His plan is the way forward and it should be properly resourced and financed immediately.

Mr. Teggart welcomed “the strong and united opposition from the Irish government” and all of the political parties in Northern Ireland to the British government's proposals.

“We would urge them to stand firm and not allow them to introduce their proposals,” he said.

“The British government say they want to draw a line under the past so that we can move forward to a better future. We also want to move forward and have a society where our families can thrive.”

He added: “The legacy of our past needs to be addressed so that we can all have the future that we want. This means access to the truth and justice where this is possible.”