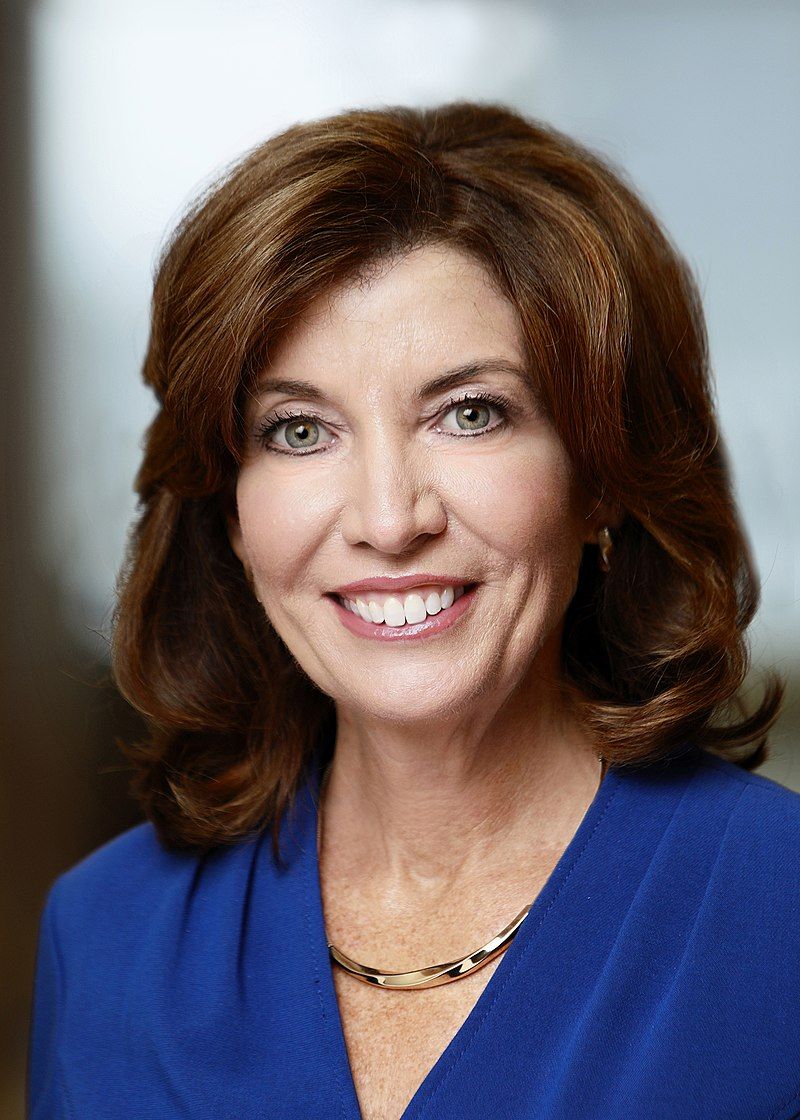 Her father’s parents met in Chicago after arriving in America in 1919. Her grandparents happened to be from the same village in Kerry, though they met for the first time in the American Midwest. They moved to Buffalo, New York, where they married and began their family.

Hochul’s family immediately began establishing that city as a haven for the Irish.

Hochul’s Irish heritage played a role in inspiring her to go into public service and government.

“Visiting my grandparents in their tiny home where they raised eight children, it had an effect on me. I would walk in the door and look into the living room and they were watching Walker Cronkite,” said Hochul, “On the wall, heading into their little kitchen, was a picture of Jesus right next to a picture of John Kennedy. They were equally positioned, one was not higher than the other.”

In her own life, Hochul tries to implement some form of Irish influence in her own family’s life. She has been to Kerry to find out more about her family’s humble beginnings, as well as to Dublin to learn more about the history of the country. Hochul cooks her family “Irish” meals so that they can experience some of the culture in the United States.

“We try to keep our trade relations strong. That’s what I try to do when I’m having meetings with the Consul General,” said Hochul.

*This interview first appeared in the Irish Echo in 2019.