Home LARRY KIRWAN: History and the 'What If' Factor 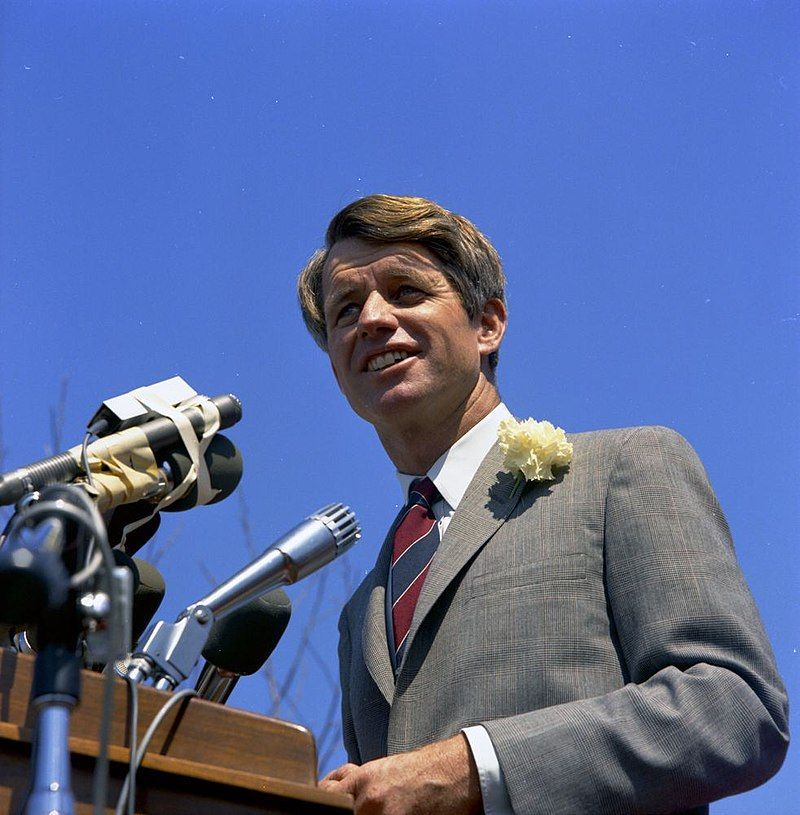 LARRY KIRWAN: History and the 'What If' Factor

I’ve always been interested in political history, particularly when an interesting or controversial character is involved.

Michael Collins and Dr. Noel Browne jump to mind from an Irish perspective, Franklin Roosevelt and Robert Kennedy from an American one.

Browne and Roosevelt left indelible marks on their countries – one banished TB, the other gave hope and sustenance to millions during the Great Depression.

Meanwhile, Collins and Kennedy still shine like beacons from the past, particularly because of the “what if” aspect to both their lives and careers.

For better or for worse, Donald J. Trump has dominated our era of political affairs.

I never liked the man; still, back in the 70s and 80s he had a certain buffoonish cachet, courtesy of his self-promoting high jinks lovingly detailed by Page 6 of The New York Post.

But his true colors surfaced in 1989 during the brouhaha regarding capital punishment for the Central Park Five. These unjustly sentenced young African-American men were later released from prison, but Mr. Trump’s inflammatory newspaper advertisements showed the depths to which he would sink to promote himself.

His march to the presidency in 2016 was both uproarious and Napoleonic. He demolished the competing Republicans, and then defeated the accomplished Hillary Clinton – though not by popular vote.

After four years of his “presidency by tweet” I was relieved when Joseph Biden beat him in both Electoral College and popular votes.

I had been prepared for Mr. Trump’s sore loser shtick; after all he had declared early on, “the only way we’re going to lose this election is if the election has been rigged.”  But I figured he would eventually fade away into the manicured golf links of Mar-a-Lago.

I reckoned that gigantic egos such as Cruz, Cotton, Rubio and DeSantis would chip away at his Republican Party hegemony. Alas, the principled party of Lincoln and Eisenhower had long before been swept into the trashcan of history.

The Justice Dept. has found no evidence of widespread fraud in the 2020 election, Attorney General Bill Barr told the AP — directly contradicting President Trump's false claims that the vote was rigged.https://t.co/zmxfvrJDCk

Even though Trump’s own election officials declared the 2020 presidential election the most secure in history, and every meaningful court challenge has been dismissed, the new Republican Party continues to hide behind such lame catch cries as “Stop the Steal.”

In short, Mr. Trump sought to interfere with the country’s electoral process.

His plea to Georgia Secretary of State, Brad Raffensperger to “find 11,780 votes” and his partisan interference with the Department of Justice were more becoming to some South American tin-pot dictator than the president of these United States.

Still, if his shenanigans had only ended there, then we might rest easy.

Instead, after weeks of riling up his base with false charges of fraud, in a speech on the “Glorious 6th of January,” he exhorted his “great patriots” to march on the Capitol with these stirring words: “You’ll never take back this country with weakness; you have to show strength and you have to be strong.”

The pictures and videos of the ensuing carnage do not lie. We’ve all seen the sickening violence perpetrated by Mr. Trump’s patriotic legions in the Capitol grounds and buildings.

Two instances stand out for me – the "patriot" roaming the halls of the Capitol with his Confederate flag, and the police officer crushed between doors while "patriots" tear at his face mask.

At least four police officers have died of suicide in connection with the Jan. 6th assault, while 140 officers were injured in this glorious uprising.

The insurrectionists were not tourists, or members of the ghostly ANTIFA. They came to D.C. at the invitation of the president to subvert a lawful election and to prevent a legal transfer of power.

Our lives pass in a blur of 24/7 reportage, but we should not forget this assault on our democratic traditions. No doubt, Mr. Trump will continue to shrug off his attempted putsch, while his new Republican Party gazes on adoringly.

It’s easy to dismiss what happened on January 6th as a manifestation of white rage, but once opened those sluice gates of “patriotic dissent” are not easily closed.

The sad part is – think of what Mr. Trump might have achieved if he had set his mind to the betterment of his country, rather than the stoking of his insatiable ego.

It’s unlikely he would have achieved the stature of a Collins or a Kennedy, but he could have become an interesting “what if.”