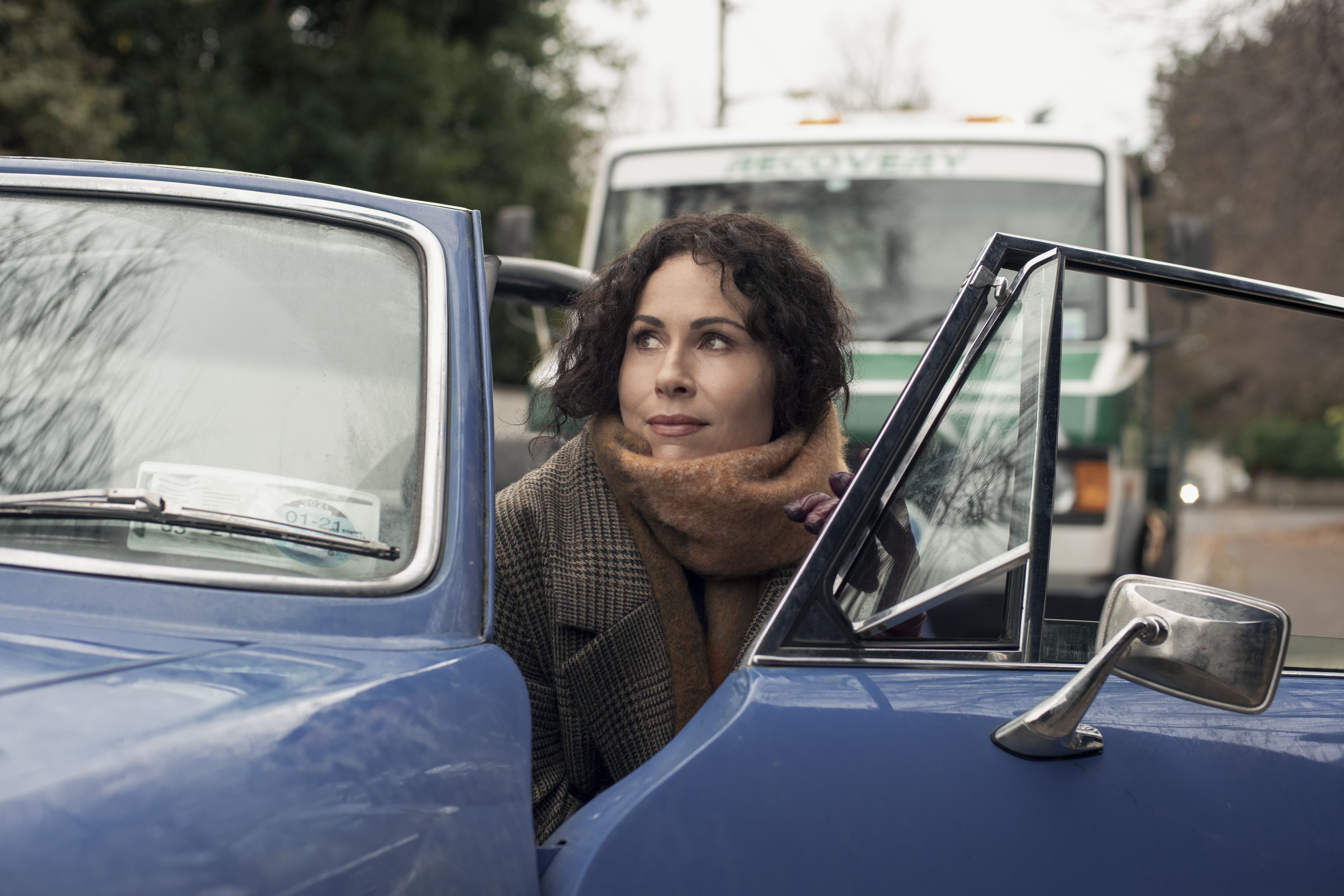 Minnie Driver plays an Irish doctor in one story in the “Modern Love” anthology from John Carney. AMAZON PRIME VIDEO

Crisis was bonding for cast, crew

Irish filmmaker John Carney says he wants each episode in his star-studded, “Modern Love” anthology series to captivate its viewers by offering a snapshot of characters’ lives, then leaving the rest to the audience members’ imaginations.

Inspired by the New York Times column of the same name, the show is a collection of short films, each telling a different, stand-alone tale.

One features Minnie Driver as an Irish doctor heartbroken to give up the high-maintenance, classic car cherished by her late husband (Tom Burke).

Another vignette follows an estranged London couple (Tobias Menzies and Sophie Okonedo), who find their way back to each other, much to the delight of their two young daughters.

A third mini-movie shows an American war veteran (Garrett Hedlund) whose wife leaves him for a married neighbor, prompting him to unexpectedly connect with the other jilted spouse (Anna Paquin).

Asked via Zoom if these intriguing stories might one day be expanded in some other format, Carney told the Irish Echo: “What I quite like about this show is the beginning, middle and end [of each episode].

“We increasingly live in a world now of prequels and sequels and ‘What if this?’ ‘What if that?’ I kind of like the old-fashioned thing of: ‘This is it. This is all you’re getting.’ There is a certain sort of discipline, I find, in having to end something,” Carney explained.

“I quite like that I had to leave stuff that I loved on the cutting room floor and that’s all you're ever going to hear from these characters.”

Season 2 of “Modern Love” premiered on Aug. 13 on Amazon Prime Video, arriving as viewers are still coping with the coronavirus pandemic.

“It’s hard to know, firstly, how it will be received. We are all thinking about those questions now. Did we make the right decisions? Did we pick the right episodes? It’s so hard to know what people want now, starting to come out of this,” Carney said.

“But we stuck to our guns and decided to go for a bunch of stories that spoke to us and that we felt strongly about and personally connected with, so, hopefully, that will read.”

The filmmaker admitted shooting episodes of the series all over the world with an international cast during a global health crisis proved challenging at times.

“It was hard to direct people with masks on. A lot of the directors struggled with that. The actors rely on directors to be effusive and full of love and it’s very hard to do that in the masks and goggles and the whole thing,” he recalled.

The fast pace of production and having to isolate cast and crew in keeping with safety precautions helped the “Modern Love” family bond, however.

Carney is optimistic the series, should it be renewed for a third season, will continue to attract top talent.

“What we’ve been trying to build is something that actors would like to do. Then it becomes a show that actors think, ‘Oh, in between films, I’d love to do a ‘Modern Love’ episode and squeeze one in between my schedule,’” Carney noted.

“Not that they come to us, but that, when the time is right, we get those big actors and movie star value into the show without having to persuade an actress to give us half a year of her life,” he added. “You never know who is going to show up from season to season.”

Carney is an executive producer on “Modern Love” and wrote and directed numerous episodes of the show. Best-known for his films “Once” and “Sing Street,” which have both been adapted as stage musicals, he also wrote and directed the movies “On the Edge” and “Begin Again,” and performed as the bassist for the Irish rock band The Frames in the early 1990s.