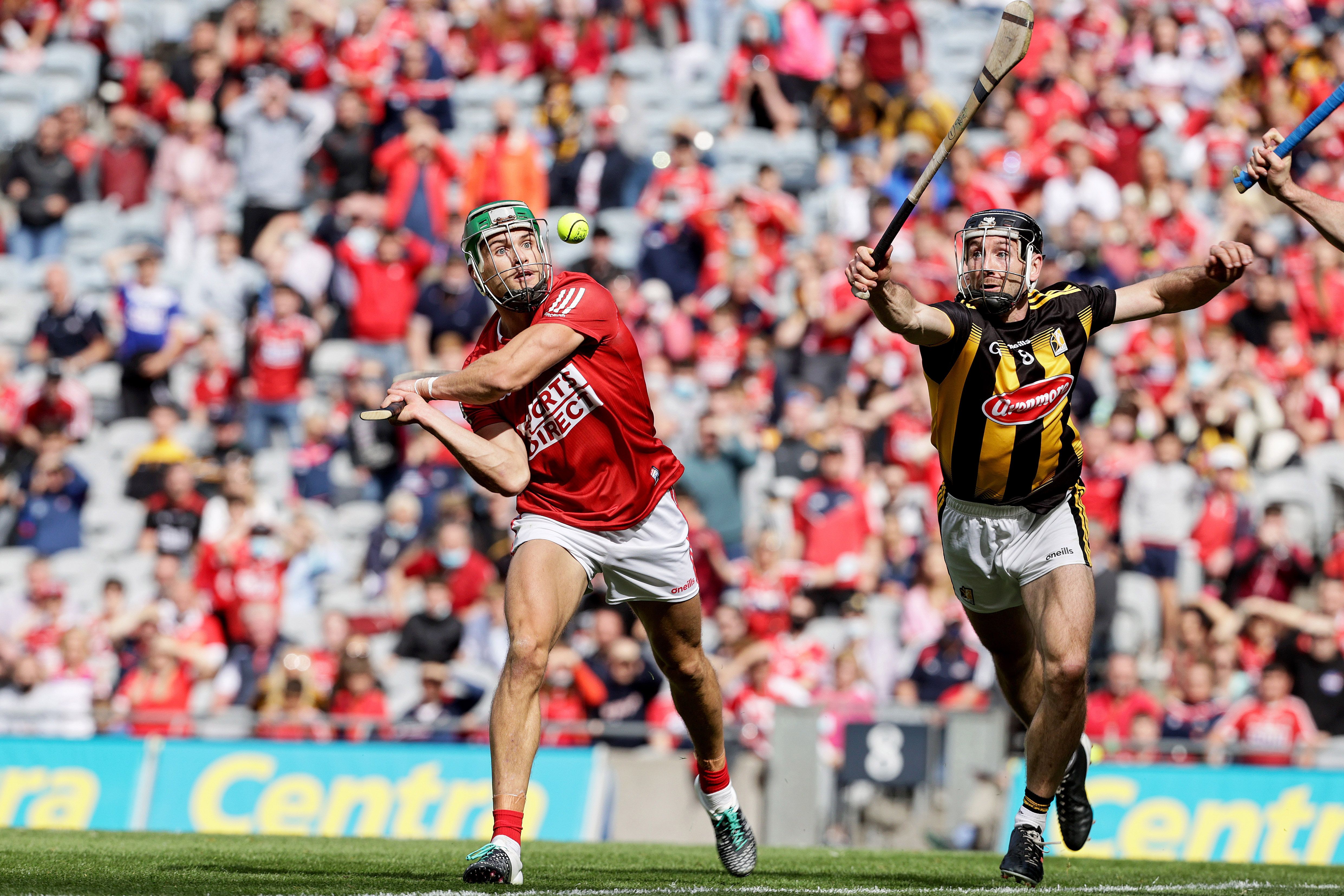 Cork's Alan Cadogan scores a point despite the blocking attempt by Conor Fogarty of Kilkenny in the All-Ireland semifinal, Croke Park, Dublin on Aug. 8. INPHO/LASZLO GECZO

Limerick will be hot favorites to lift the MacCarthy Cup for the second year in-a-row when they play Cork in the final at Croke Park on Sunday next. Limerick looked very strong when disposing of Waterford in their semi-final and while Cork’s semi-final win over Kilkenny was very exciting, the Rebels are still not as strong as their Munster neighbors.

This won’t be the first All-Munster final, that was between Clare and Tipperary in 1997, shortly after when the back-door was introduced, but it will the first-ever All-Ireland final between Cork and Limerick. Cork won the last of their 30 senior finals in 2005 and their last final appearance was in 2013 when they lost a replay to Clare.

This will be Limerick's third final in four years and John Kiely’s powerfully-built team will be hoping for their 10th title overall. This Limerick team are like a group of rugby players; they are so strong and brilliant at taking long-range points. Limerick have beaten Cork twice this summer. In June in a league game at Gaelic Ground they won on a score of 0-33 to 2-19, while the following month in the Munster semi-final in Thurles Limerick won again, this time by 2-18 to 1-17. Cork manager Kieran Kingston faces a tough decision when he sits down with his selectors to name their starting XV on Sunday. Will he start his son Shane or use him as a sub like he did in the semi-final? Shane was very impressive when called from the subs bench early in the second half against Kilkenny -- he scored seven points and was named Man of the Match. The future is looking bright for the GAA in Cork as their hurlers and footballers have recently won four provincial titles, winning both the Munster minor and under 20 finals in both codes. The Cork senior hurlers are good at creating goal chances and Patrick Horgan is a brilliant free-taker, but Limerick are so strong and I cannot see them being beaten this year.

The referee for the big game on Sunday is Tipperary’s Fergal Horgan. This will be his third senior final, having previously taken charge of the 2017 and 2020 finals.