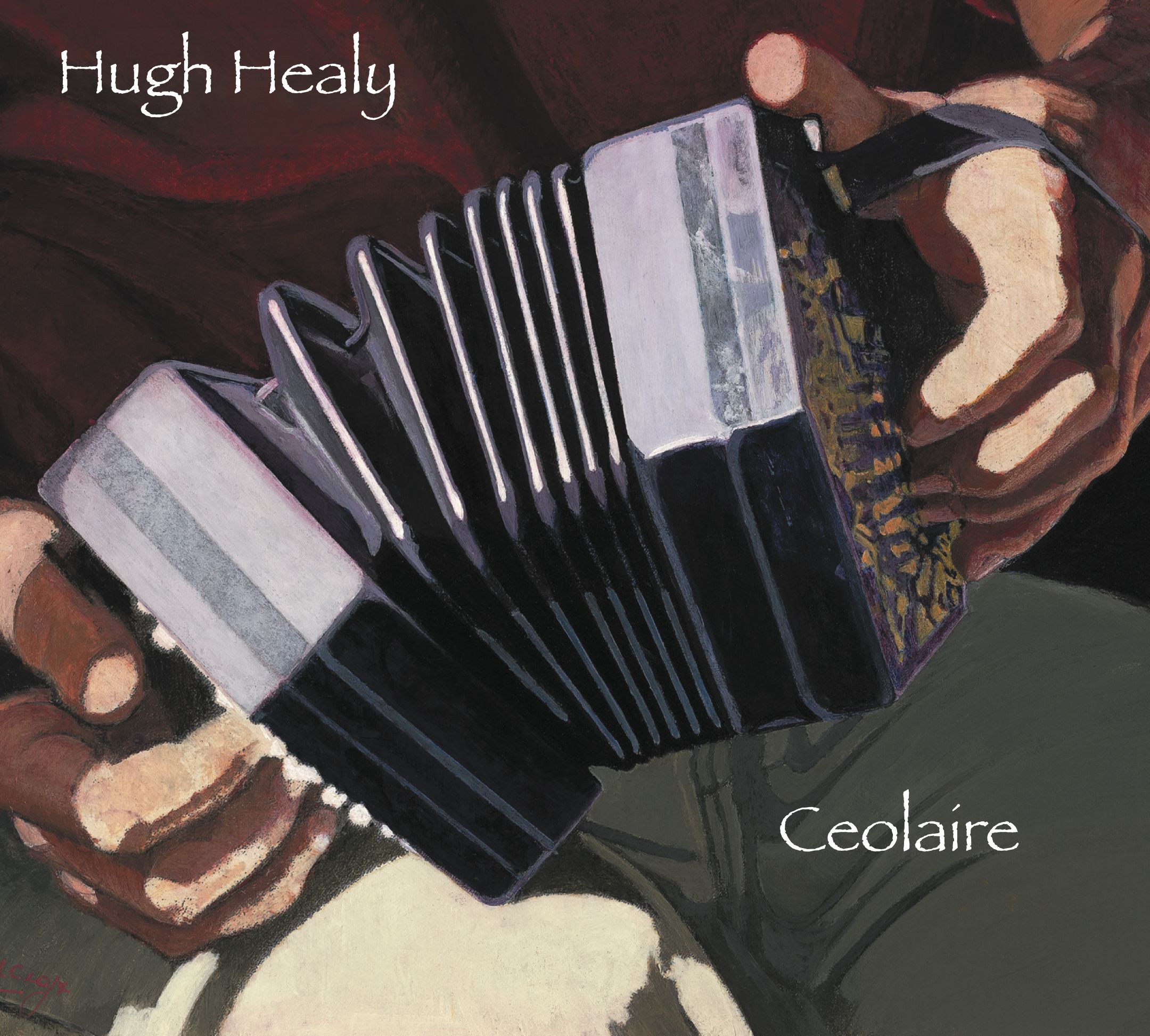 “Ceolaire” does an excellent job capturing the spirit of Hugh Healy’s playing.

This week things are coming up concertinas!

Many of this column’s readers – especially those down in the Mid-Atlantic states – likely got to know concertina player Paddy Egan (Pádraig Mac Aodhgáin), now a lecturer in Digital Humanities at University College Cork, when he was over living in Washington DC as a Fulbright scholar researching Irish traditional music at the Library of Congress' American Folklife Center.  His music lifted many a session and he did stellar research while living here in the U.S.  I’m a huge fan of both his playing and his academic work, and if you’ve not yet heard, Egan is currently hard at work on “Tobar Gan Trá” (“a well that doesn't run dry”), his solo concertina debut album.  Planned as a concept album documenting his life in music, it will include several noteworthy guests to join him on the musical journey.  To learn more you can support this project, visit tinyurl.com/TobarGanTra.

Speaking of concertina players, Clare-based concertina player Hugh Healy has just released “Ceolaire,” his own solo debut!  Born in Corofin, he’s a Banner County fixture and “Ceolaire” is his third album, his first being “Macalla na hÓige” with his button accordion-playing brother Colm (2004) and then “We Were Drinking and Kissing the Ladies” with uilleann piper Blackie O’Connell (2010).  Many readers may have gotten to know his music a good few years back when he was a big hit at the Catskills Irish Arts Week, but if you’ve ever been to music spots in Doolin or Ennis, you’ve likely not only heard him play but you’ve been delighted by it.

.  His superior musicianship is enhanced by a bevy of fine musicians, including Michael McCague (guitar & bouzouki), Pádraic O’Reilly (piano), John Maloney (bodhrán), and Cathy Potter (harp), each of whom make important contributions to the album’s sound.

The album includes several excellent tune sets.  It starts strong with “The Blue Angel / Miss O’Sullivan’s,” a pair of jigs that are played with great drive and given some grandiose lift through O’Reilly’s piano backing. Other really nice tune sets include the reels “The Sword in the Hand / The Widow’s Daughter” and the hornpipes “McGivney’s Fancy / The Birds / The Mathematician” that really showcase Healy’s talent well.  “Pipe on the Hob / The Spotted Dog / The Tar Road to Sligo” is also a fine set, not just for the playing but the selection as well – there are many great tune sets here.

But Healy also shifts gears exceptionally well.  “Planxty Fitzgerald” is sensitively rendered, as is “The Green Hills of Clare,” an old song (played as an instrumental here) that is something of a West Clare favorite.  Healy’s playing here gives it a lyrical quality that attracts the ear.

Then there’s the air “Mischief Anneal,” a composition of concertina player Shane Bracken, that was first recorded on his band Lia Luachra’s eponymous 2005 album.  Healy’s interpretation of the air is excellent, and it differs from the original in a subtle but important way.  On Bracken’s original recording, concertina and mandolin double the mandolin.  Here, concertina takes the melody with piano and harp providing harmonic support.  The result is a tighter arrangement that to my ears allows the expressiveness in Healy’s playing to be more apparent.

One of the album’s nicest tracks is “Jennie Pippin / …,” which sports a larger ensemble that features members of the Healy family.  Here, we have Caroline O’Donoghue (concertina); Colm Healy (accordion); Noel O’Donoghue (flute); Eric Healy, John Kelly, Johnny Kelly (fiddles); Dearbhladh Healy (tin whistle) playing in a way that is nothing short of completely satisfying.  The vibe is nice, the tunes are tight, and the whole is well rendered with lift to spare.

On balance, “Ceolaire” is a lovely, well-crafted and thoroughly pleasing album.  Concertina players will love it, but because Healy is a musician whose music has the inviting smell of turf to it, it’s a collection that’s perfect for anyone who loves traditional music in general.  Make an effort to check this one out – you won’t be disappointed!  To purchase, visit hughhealy.bandcamp.com.