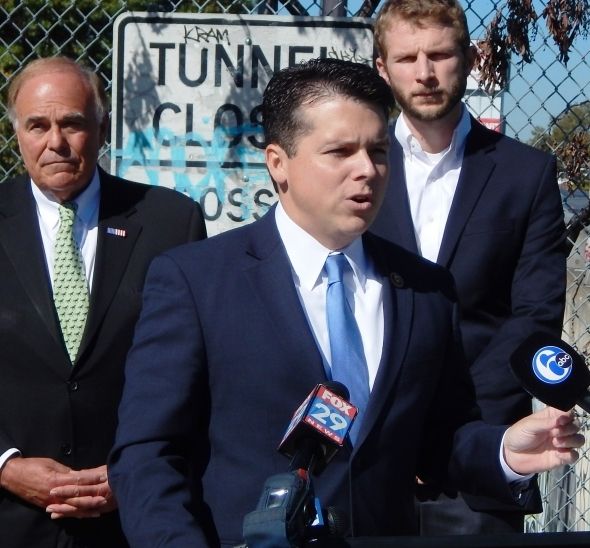 Congressman Brendan Boyle has long stood behind the International Fund for Ireland and he was standing tall once again last week as the U.S. House of Representatives passed H.R.4373, the Fiscal Year 2022 State, Foreign Operations Appropriations Act.

The legislation adopted and included an amendment offered by Congressman Boyle that expresses the importance for bilateral and international efforts to promote peace in the North of Ireland by way of the International Fund for Ireland.

"We are now seeing a slow creep of Brexit related consequences for the island of Ireland," said Congressman Boyle.

“The border is in danger of, once again, becoming a significant barrier, physically and psychologically, to harmonious relationships that have been delicately fostered over the past few decades.

"I am pleased that my amendment has passed on the House floor today at this critical juncture. I advocated for this specific language to be included because maintaining peace in the North of Ireland is critical in the post-Brexit era.”

Added the Philadelphia Democrat: "Over the years, the United States has been a leading advocate to help create a strong and peaceful society on the island of Ireland, and our continued involvement is important for maintaining that stability.

"I am encouraged that my fellow members of Congress supported my amendment and continue their support for peace throughout the island. The Good Friday Agreement was just the start of the creation of reconciliation on the island of Ireland, not the end.”

The International Fund for Ireland, as described in a release from Boyle's office, is an independent organization that supports economic regeneration and social development projects in areas most affected by the decades of violence in the North of Ireland.

"Since its inception in 1986, IFI’s projects have made vital contributions to improving the physical and economic infrastructure in some of the area’s most vulnerable communities," the release stated.