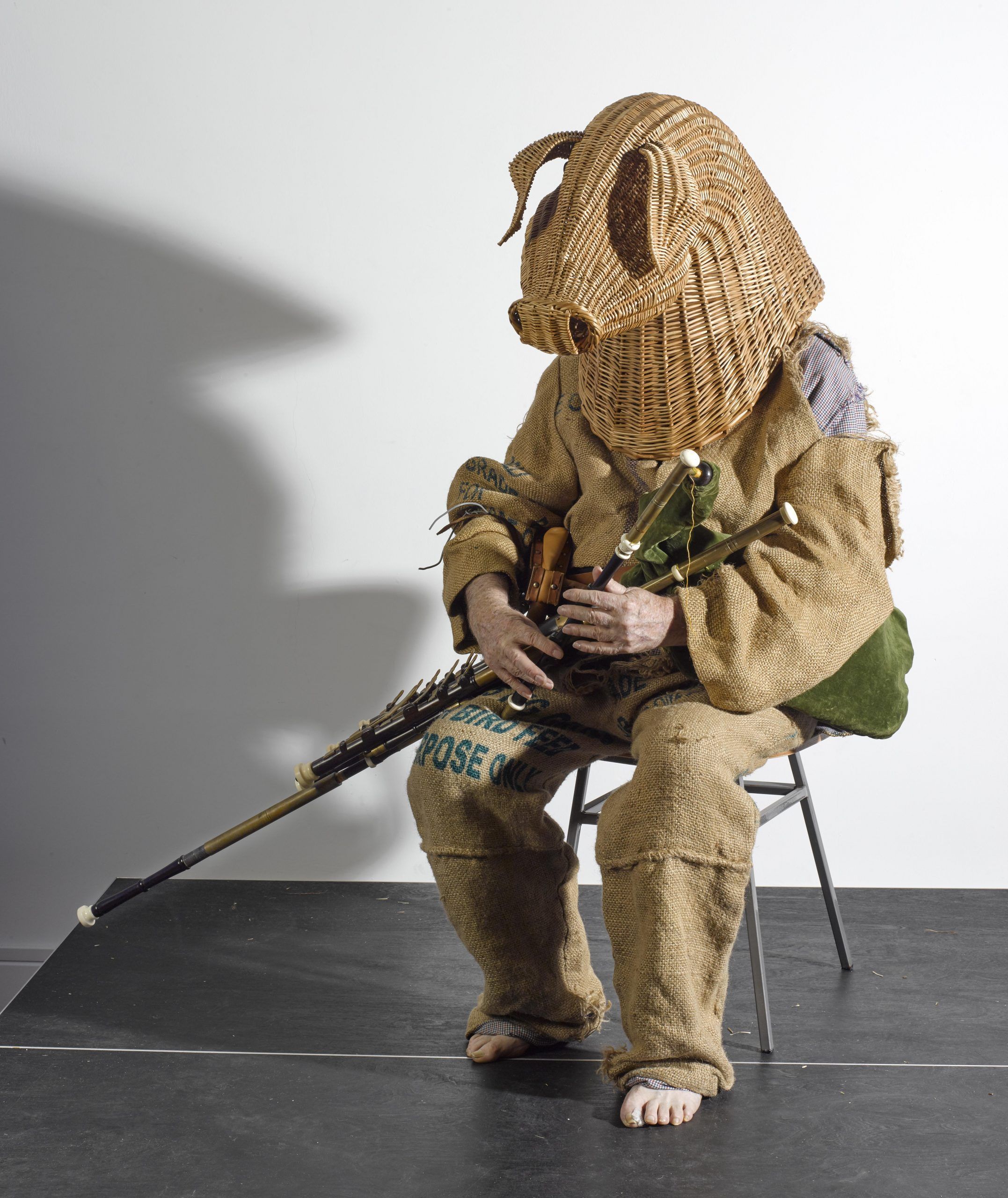 The Christmastime masquerade was revived as an educational tool to promote tolerance and understanding throughout Northern Ireland. PHOTOS BY BRIAN RUTLEDGE

Folks, last week I wrote about the exceptional new Hugh Gillespie/Frank Kelly album “The Sparkling Dawn” – it’s one of those “rush out and get” albums for trad fans. Since then, I have learned of hughiegillespie.com, a new website that launched on the occasion of the album and it makes a perfect companion to the new CD.

There, you will not only find a great biography of Gillespie (taken from Topic Records’s 1978 Gillespie reissue) but also a set of beautiful, newly-done transfers of every 78rpm side he recorded in the 1930s. They are fabulous. Elegant in its simplicity, the website delivers the goods and you can even go there to order your very own copy of “The Sparkling Dawn.” (Again, see last week’s column for more on that.) Taken together with the CD, it paints a very complete picture of Gillespie’s life as a musician and is a must-visit if you’re a fan of classic fiddle recordings.

Speaking of fabulous, the last few days I’ve been listening to the forthcoming album by the Armagh Rhymers. Founded by Dara Vallely in the early 1970s, the Rhymers were a force in reviving the mumming tradition and used this Christmastime masquerade as an educational tool to promote tolerance and understanding throughout Northern Ireland. Vallely, who is also a noted artist (his paintings, for example, animate the incredible book “Cúchulainn: Ulster’s Greatest Hero,” which tells the story of Cúchulainn’s life and exploits; see tinyurl.com/HeroCuchulainn for more info), has lived the mumming tradition – in Ireland and beyond – for over 50 years and it shows.

This is the group’s second album (they released their first in 1992) and in this “Volume Two” they have made a major artistic statement. Intended to be a modern mummers play, it completely hits the mark through an approach that fuses ancient and contemporary elements in a way that captures the moment in a most captivating fashion.

The album bubbles with influences and ideas. It is, of course, deeply rooted in the history of mumming: the characters, dramatic sequences, and figurative tropes found throughout will likely be familiar to anyone interested in the mumming tradition. But verse taken from Seamus Heaney’s "St. Kevin and the Blackbird” (“St. Kevin”), Jinx Lennon’s “St. Brigid’s Shrine” (“St. Brigid”), Denis Florence MacCarthy’s “The Paradise Of Birds” ("St. Brendan”), John Montague’s “Like Dolmens Round My Childhood” (“The Druid”), Albert Camus’s “The Plague” (“Covid”), and “Armagh” by W R Rodgers, give these sequences added depth and a different sort of relevance. Add the music, which draws heavily from traditional repertory but also moves beyond a “pure drop” sensibility, covers a lot of ground and pushes the material in still different and charming directions.

The first album was released in 1992.

The album opens almost predictably, with “The Wren,” a well-loved Christmastime favorite in what is a fairly conventional setting. However, its stylish introduction gives clue to what the album holds in store, and it’s not what you would necessarily expect. From there, we move onto the murder ballad “What Put The Blood,” and then off to the races – the album moves along as both a mummer’s play and as a concept album, with a coherency that pays respect both to the mumming form and to innovation.

There are several tracks that stand out to me. “St. Brendan” is built on the sea shanty “Haul Away Joe” and has a good, engaging groove that is complemented by some lovely piping. “The Druid” is a short, very atmospheric track with an ancient sort of feel that contains original music by Lynch and McGuinness. It includes an underlying recording of the flowing of the River Quoile in County Down, a site that abuts the burial spots of Sts. Patrick, Brigid, and Columcille, that lifts Vallely’s pointed recitation. “Brian Boru” has a lovely, traditional feel that features the characters Beelzebub, Mousey Mick, Slick Slack, and Jimmy Mac’ll Waterbrush that once again returns us to the world of traditional mumming plays.

“Horrible” opens with a somewhat menacing recitation (true to the track’s title) and transitions into the song “MacNally’s Row of Flats,” a composition by the great Irish American composers Edward Harrigan and David Braham that was most recently recorded by Mick Moloney. “Brigid Cleary,” a woman murdered by her husband in 1895, tells her story, but from her own perspective. Here, she’s a character of modern times – “I still fancy going vegan, I still think I’m allergic to dairy,” we learn – and in the end we find ourselves an ally, questioning her husband’s sanity. The album concludes with “King Puck,” a brilliant track driven by dance tunes that opens and closes with incisive recitations. The final seconds, in which Vallely’s character walks away, then outside to chirping birds, brings the album to a dramatic and satisfying close.

As engaging as these all are, the biggest standout to me is “Covid.” Here, Vallely’s spirited exchange (as Covid) with Hart (as St. Patrick) drives the dramatic tension and draws us into the mumming tradition by borrowing its literary contours from St. George’s fight with the Turkey Champion, a well-known mumming scene. And yet, our expectations are challenged, as once again all is not what it seems: St. Patrick is a woman, the covid and the doctor share the same voice.

Another interesting thing about this track, too, is that it evokes the more ancient tradition of songs and folklore about plagues in general. It immediately reminds us of generations past that have had to deal with both the uncertainty of disease and the tragedy of loss, but it does it with a deft hand that allows us to find redemption and hope through humor. In the end, we’re left with an understanding that change must and will come – it’s a marvelous and sensitively done resurrection of a tradition that was in many ways built for this moment.

“Armagh Rhymers” is a superbly cohesive project that strikes an impressive balance between tradition and modernity. The dramatic conviction in Vallely’s delivery drives this album, but it’s lifted by a supporting cast who share in his creative vision and have found ways to enhance it. The overall presentation has the feel of a radio play, which is intentional (I’m also reminded of Seamus Ennis’s 1977 LP “Féidhlim Tonn Rí's Castle), which leads me to think it’ll become a seasonal staple in Irish households. However, it’s not hard to imagine that at some point in the future this project could presented as a more ambitious, Broadway-style stage presentation. I’m told the album will be available on both compact disc and vinyl and I will report the release date when it is set in the coming weeks. You’ll want to check this one out, for sure. And if you don’t believe a word of that, well, I have a wee website that’ll clear the way. Head over to armaghrhymers.com for more information.