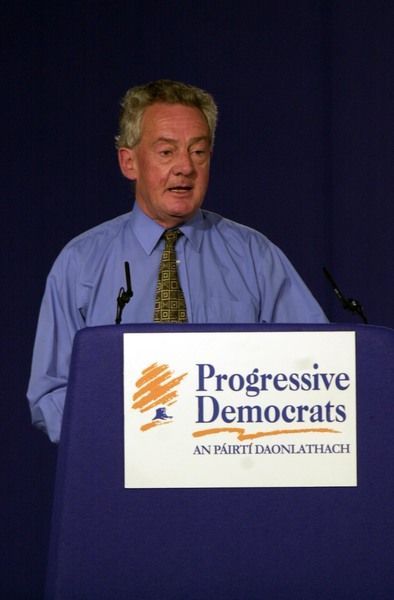 The funeral took place in Dublin today of Desmond O’Malley, the founder of the Progressive Democrats party and a former government minister. He was lauded at his funeral Mass as a politician who had served his country by standing by the Republic. In a eulogy, Mary Harney, Mr. O'Malley's successor as leader of the PDs, said that during his long career Mr. O’Malley had given “voice to the very best part of our own human instinct, what is right and fair and equitable and law-abiding in society. He believed many things were bigger than political parties or politics, or money, or fame, or ambition." Mr. O'Malley died earlier this week at age 82. RollingNews.ie file photo.