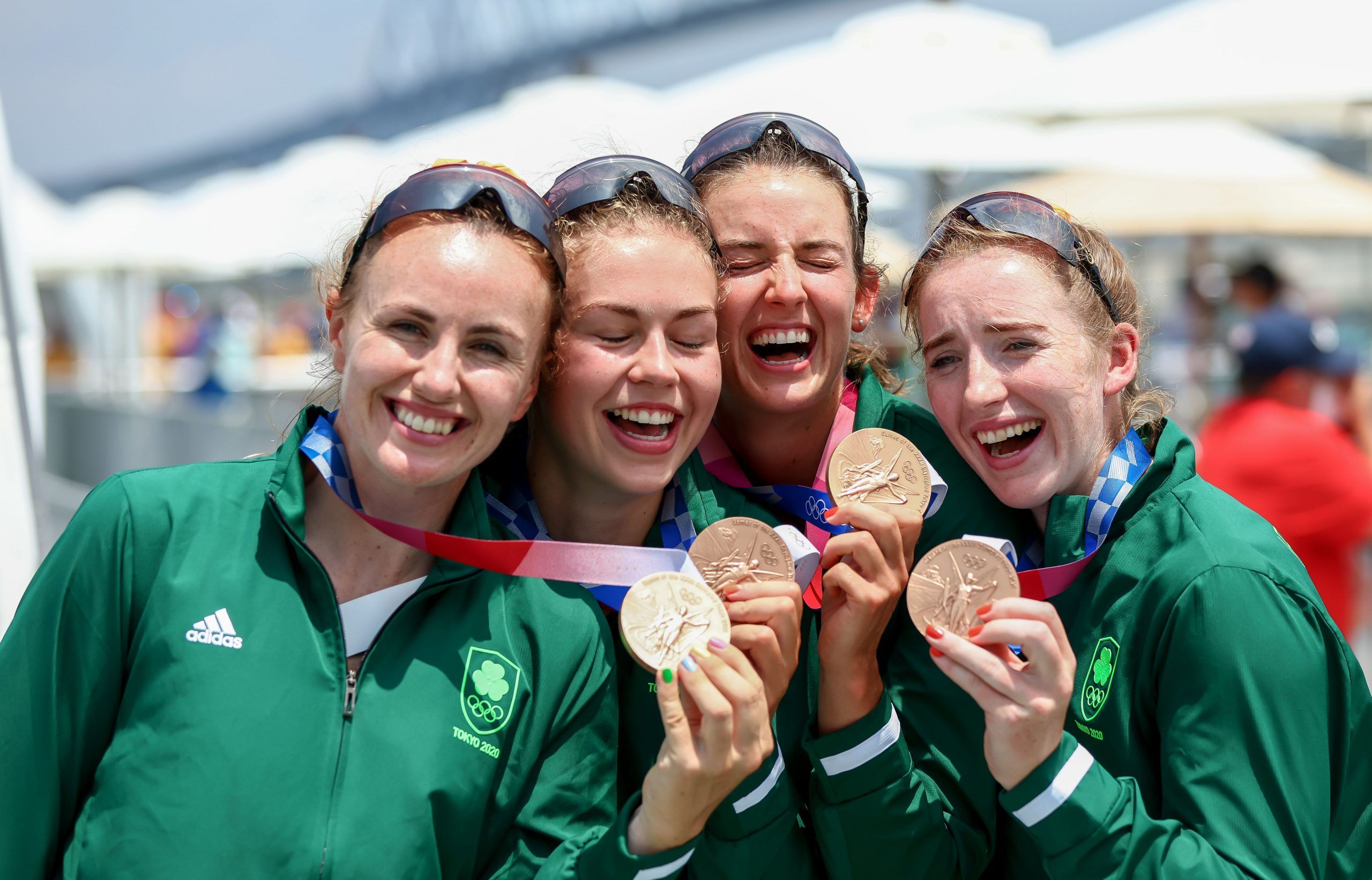 An Olympic Medal For Ireland

While the Olympic superpower nations carry away buckets of medals a single medal is enough to fill Ireland's bucket with hearty cheers.

And that medal, a bronze, has now been won by the women's Fours rowing team.

The Irish foursome of Aifric Keogh, Eimear Lambe, Fiona Murtagh and Emily Hegarty rowed to third place in the wakes of gold medalists Australia and the Netherlands who finished in the silver medal spot.

The medal sparked celebrations in the Irish camp in Tokyo, and back in Ireland.

Haughey's mother is from Hong Kong and her father is Irish. On her Irish side she is a grandniece of the late Charles Haughey, taoiseach and Fianna Fail leader.