Home Poor Mouth’s panto is back! 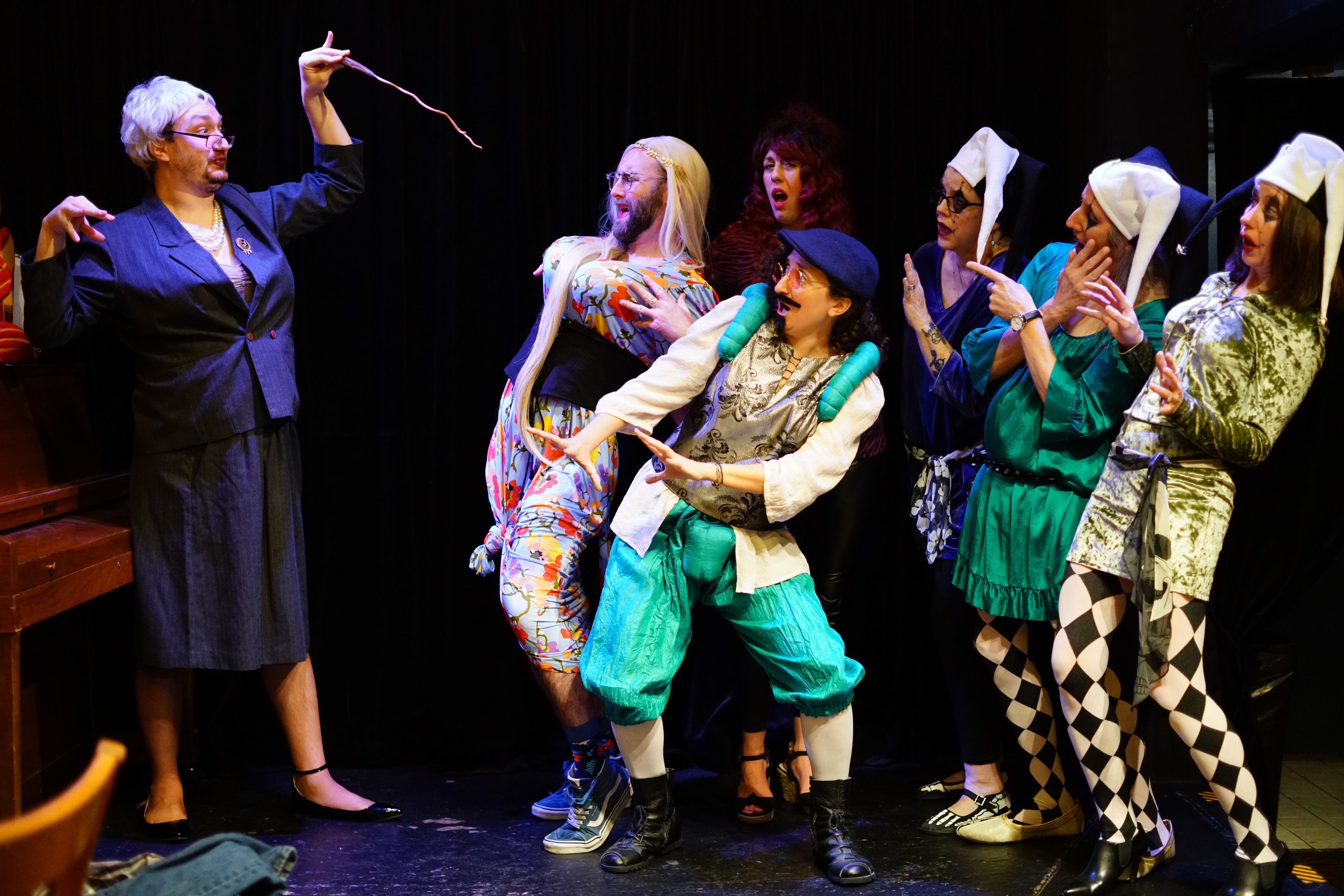 Poor Mouth’s panto is back!

The Poor Mouth Theatre Company is returning with its pantomime in the Bronx this week.

It’s the pantomime, or panto, in the Irish and British sense, of course. The company defines it thus: "A silly, raucous reimagining of an old fairy tale performed during the holiday season. Think Walt Disney meets Benny Hill!

“There are songs and audience participation,” the Poor Mouth adds in a statement, “Cheer for the heroes and boo for the villains. Lots of yelling! Bring the kids but we guarantee that the adults will enjoy it, too.”

This year’s offering, “Rapunzel,” is the classic fairy tale about a young woman locked in a tower.

It's written and directed by Scott Kennedy with music direction by Richard Hockstein, Kathryn Donnelly and Suzanne Hockstein. Corinne Delaney, Michelle Hendee, George Roach, Tucker Johnston, and Mark Lenahan feature in the cast; while the parody songs are by Kennedy, costumes and set design by Suzanne Hockstein, and sound by Don Creedon.

Running time is about 1 hour.

The Poor Mouth Theatre Company was founded in March 2010. "Our mission is to bring quality theatre to the Bronx and New York-the cafes, bars, community centers, church halls and streets," it says in statement. "Just give is a corner and we’ll put on a show! PMTC produces original shows, hosts short play festivals, brings our own productions of Broadway plays to local stages and encourages readings. Contact us here or leave a message at our home base, An Beal Bocht Café, in Riverdale."