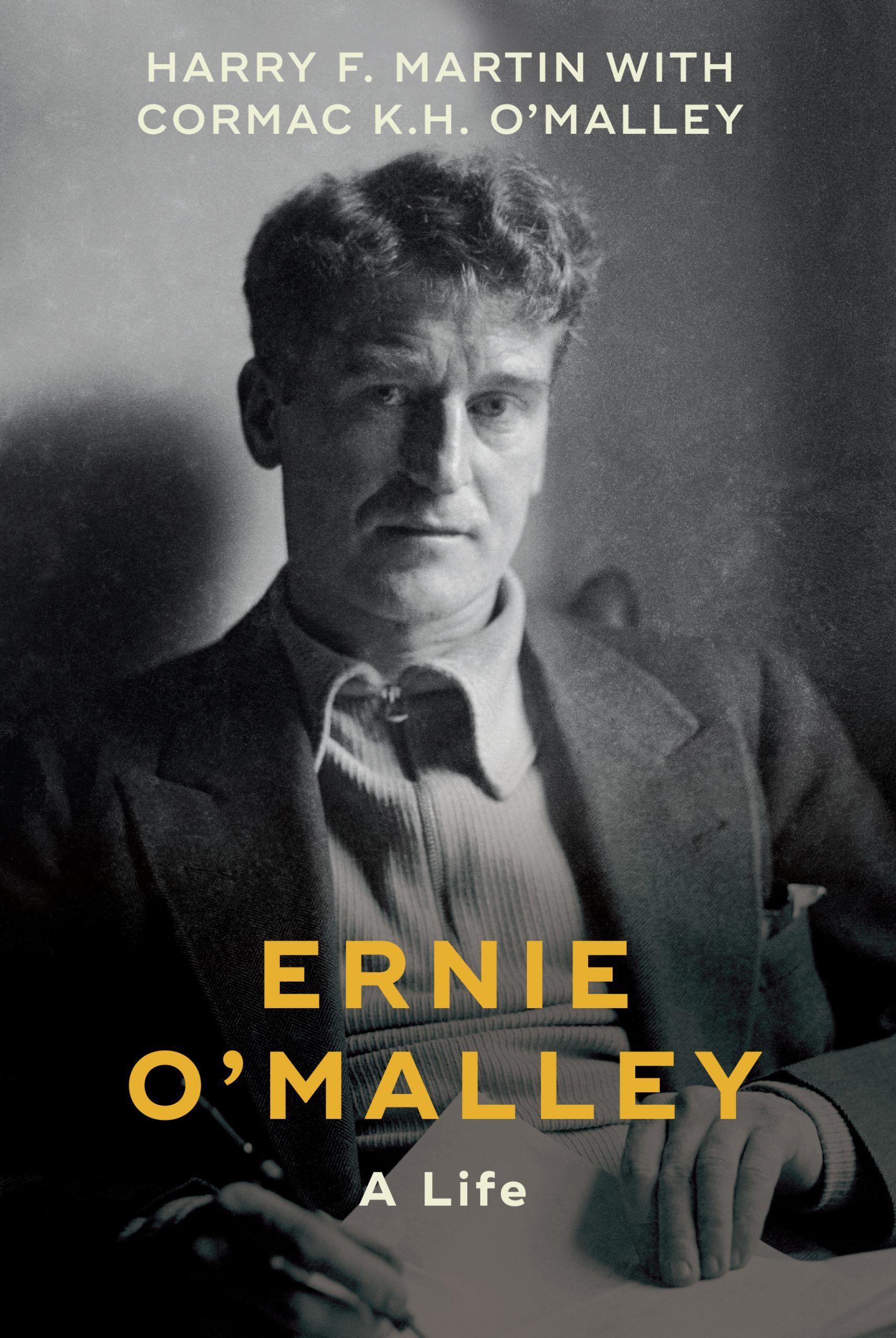 The new biography is a "valuable contribution to the O’Malley story.”

Michael Collins and Richard Mulcahy didn’t quite handpick the men they sent out in early 1918 to organize the Irish Volunteers. It was a self-selected few like Ernie O’Malley who were willing to work fulltime for the cause. But the 20-year-old Dubliner, who’d dropped out of medical school at UCD and left the pro-establishment household led by his civil servant father, had little experience in things military or indeed of life generally.

In their new biography of him, Harry F. Martin and Cormac O’Malley outline Ernie’s other limitations, “He lacked the natural social affability and relaxed humor that would make it easy to communicate with men in counties with different accents and local loyalties. He was bookish and had recently been a university boy in Dublin, which did not go down well in the countryside. Ernie himself admitted he was a perfectionist, who was impatient with anyone who didn’t give military training their complete focus, follow specific instructions, or complete assigned functions on time. These were not qualities natural to rural men with little formal education – who may have spent many hours that day working at their small businesses, farms or in local creameries.”

His leaders in Dublin, however, would soon come to trust in O’Malley’s abilities and his judgment, and the “staff captain from headquarters” himself was to win the respect and admiration of those he attempted to make into guerilla fighters.

The “best books” referred to are “On Another Man’s Wound” and “The Singing Flame.”

In “Modern Ireland and Revolution: Ernie O’Malley in Context,” a 2017 volume of essays edited by Cormac O’Malley, leading Irish historian Roy Foster writes:  “The memoirs of [Tom] Barry and [Dan] Breen were written for an audience fed on the wild fantasies of the Western novel and the cinema adventure, which were signatures themselves of a broader culture of imperial entertainment.”

Foster describes those autobiographies and other like them as “naïve, highly colored morality tales, written in an idiom derived from the 19th century nationalist tracts excoriated by Yeats. By contrast, O’Malley tells his story in cadences influenced by the early Joyce, D.H. Lawrence and American writer friends like Hart Crane, but with a dry assurance all his own. The heroics come through all the more powerfully in his highly polished but economical style.”

Queen’s University’s Richard English, who more than 20 years ago wrote a biographical study of O’Malley, writes in the foreword of the new book of the “compelling power” of his most famous work, “On Another Man’s Wound,” which he “read and reread zealously” as a PhD student and for many years afterwards.

“And when I had the privilege of meeting O’Malley’s son Cormac, I began to explore the incredibly rich legacy of materials that had been left to the scholarly and wider world by the early-20th-century Irish republican figure. Much of that legacy has been preserved because of Cormac’s impressively committed work over the years; in this new book with Harry F. Martin, he again makes a valuable contribution to the O’Malley story.”

Martin, the lead writer on the biography, graduated from Harvard University and Law School. His career included time spent as a Wall Street lawyer, an officer in the US International Aid program. He was CEO of Merrill Lynch Bank, London, an Arab consortium bank in New York and the shareholder entity that owns Cargill, American’s largest family company.

His work on “Ernie O’Malley: A Life” has won praise from Prof. Foster, who writes that Martin “authoritatively traces a fascinating journey from legendary IRA ‘gunman’ to gifted writer.”

Believe in yourself, but understand  that supporting yourself and particularly a young family by writing will be terribly  challenging. You may need to have a regular job. Getting published the first time can be awfully difficult.

“The Scourge of War: The Life of William Tecumseh Sherman,” Brian Holden Reid.

“Remembrance of Things Past.”

Famine Walk of 1848 in the Galway  Valley -- most memorable.

You never let any man ride over ye .