Home Opinion KIRWAN: Joy and Sadness of the Emigrant's Christmas 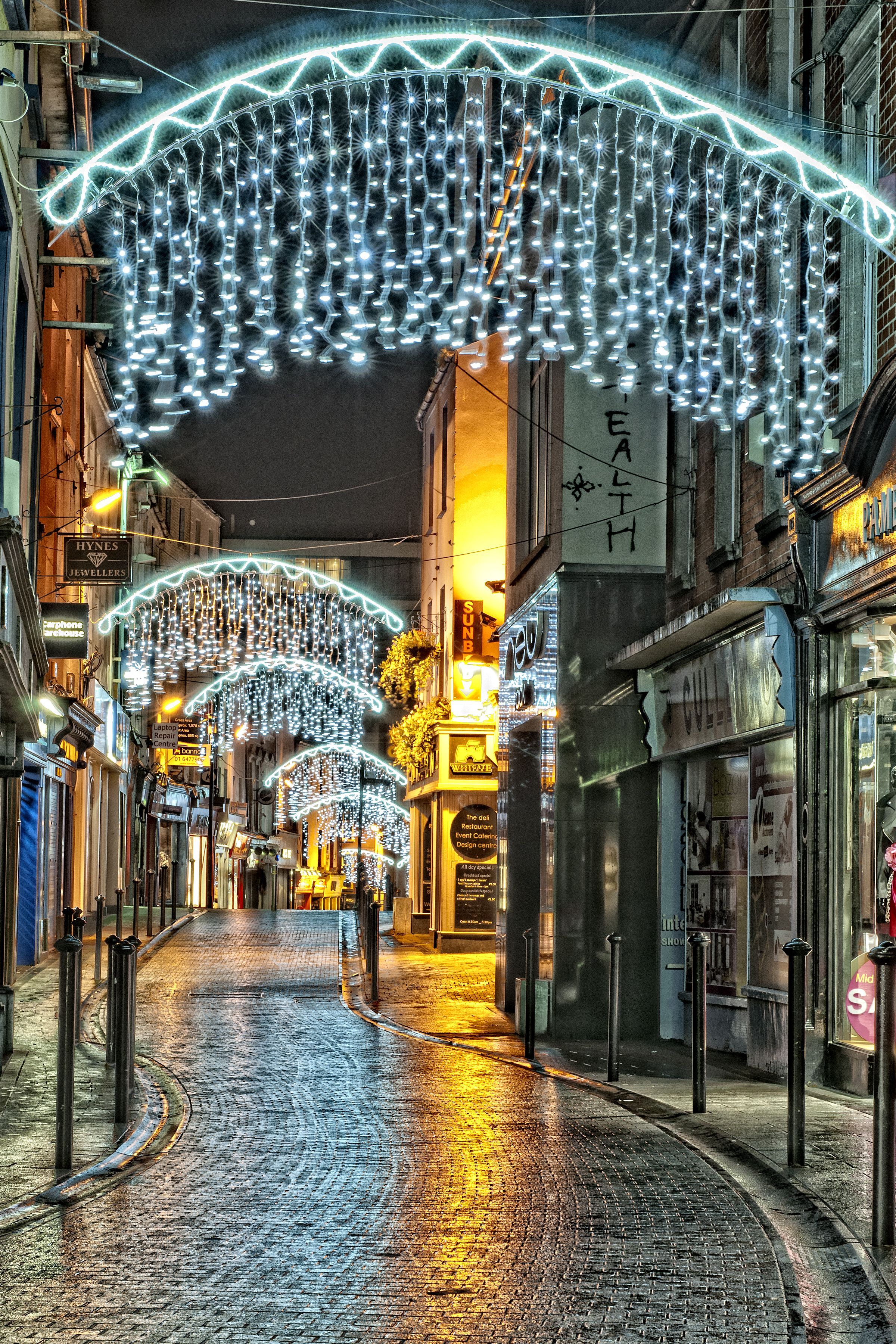 KIRWAN: Joy and Sadness of the Emigrant's Christmas

Christmas! The very sound of the word can set the heart thumping, and yet there’s a vague unease associated with the word too, especially for the emigrant.

Christmas was a magic time in the Wexford of my boyhood. Festive lights hung above the Main Street causing the December frost to sparkle on the pavement below.

Even the poor – and there were many – walked with a strut, their heads held higher than usual, for fathers, daughters, and sons would soon be returning home from London, Birmingham, Liverpool, and God-knows-where-else.

My father was one of those, though he wasn’t restricted to a frantic Christmas Week vacation; no, being a merchant seaman with some seniority, he could take whatever time off he liked, as long as his money held out.

Still, there was always the childhood fear that if he didn’t make it home because of weather or other emergency we’d have no Christmas at all. I guess that was where my Yuletide unease began.

When Pierce Turner and I left for New York on a freezing January morning it was fully understood that we would return home the following Christmas. We gave little thought to visas or international treaties, we were musicians off to the Big Applet to “make it,” whatever that meant.

And we did well early on – recorded a single and got a big spread written about us in the Sunday News - little money, of course, but enough of a stake in the music biz to want to stay.

So, we hired an immigration lawyer and thus did our Christmas troubles begin. This gentleman unequivocally stated that if we went home we would likely not get back because we had overstayed our visitors visas.

He repeated this mantra the next Christmas, and it wasn’t until our third December in the U.S. that we achieved legal status.

What a Christmas we had that year in Wexford! We were like returning heroes. The streets sparkled like diamonds for us.

But something had changed, at least for me. The streets of New York had grabbed a hold of me. I had achieved that nebulous emigrant status – caught between two worlds, I was neither here nor there.

There would be many more crazy Christmas returns. Do you remember them? Drinking and bidding fond farewell to the crew in your local pub, then getting dropped off in someone’s truck or van at Kennedy Airport, more whooping it up in the departure lounge with a host of other returnees, then stumble aboard the Aer Lingus jet, where the party continued unabated in the smoke-filled cabin until breakfast was served an hour from Shannon.

The festivities rarely ceased at home as you basked in the delight of your family. But by the Feast of the Epiphany, The Bronx, Brooklyn, Queens or the East Village was whispering in your ear and it was time to get on with your real life.

There would be many more crazy Christmas returns. Do you remember them? Drinking and bidding fond farewell to the crew in your local pub, then getting dropped off in someone’s truck or van at Kennedy Airport, more whooping it up in the departure lounge with a host of other returnees, then stumble aboard the Aer Lingus jet, where the party continued unabated in the smoke-filled cabin until breakfast was served an hour from Shannon.

There were Christmases too when I didn’t go home and felt like a traitor. Once I took a Jack Kerouac road trip across the country to San Francisco, another time I headed south to the sun and Hemingway’s Key West.

I haven’t had a Wexford Christmas in over 30 years. I began my own family, and two little boys waiting for Santa to arrive - the light of anticipation sparkling in their eyes - helped ease the loss.

In American fashion, we celebrate the feast on Christmas Eve now. It’s joyful, but far more sedate than the manic celebrations I remember in the pubs of Wexford.

Christmas Day itself can be difficult. The memories of parents and grandparents “hidden in death’s dateless night” can occasionally be overwhelming, but nothing a hot whiskey can’t handle.

And by St. Stephen’s Day, the Christmas season is pretty much over in New York. The sales have begun, a buck has to be made. It’s easy to forget that the Wexford Christmas will continue unabated until at least the New Year has been ushered in.

Here’s to a very happy Christmas to all of you wherever you celebrate it. And to those undocumented who once upon a time made the choice to stay here, and have not celebrated an Irish Christmas in many years – we haven’t forgotten you. Your day will come.