Home From Woodside to a Faraway Well 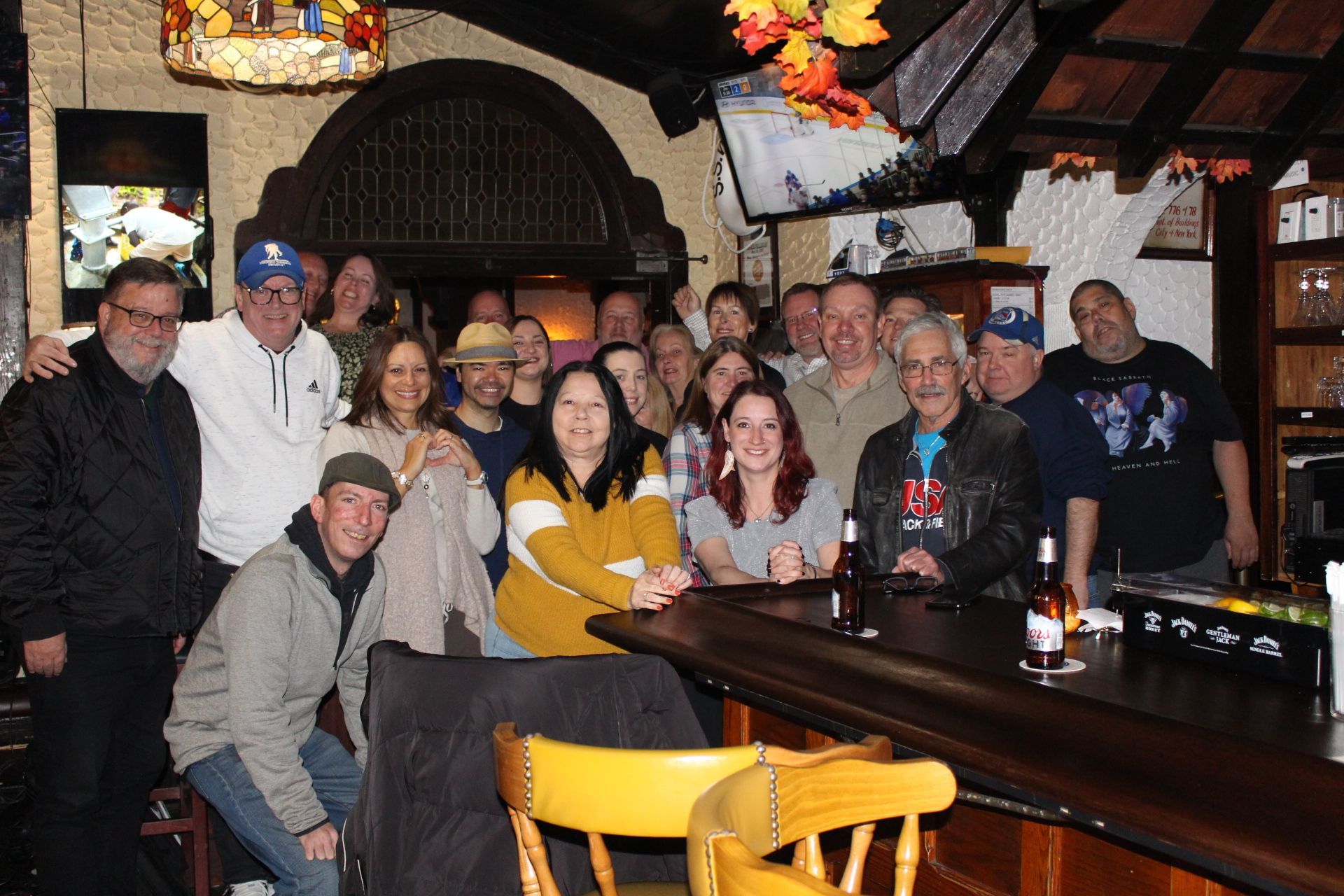 The staff of Donovan’s with members of the Woodside community awaiting the raffle drawing for the Wells of Life fundraiser. Photo by Madeline O'Boyle.

It's just over a year ago that the Irish Echo gave us at Donovan's Pub of Woodside the honor of being recognized as Community Champions.

We were truly humbled, especially given the company we were in. All of the honorees were so very impressive.

However, I'm writing this to tell readers that one of those honorees really caught my attention. So much so that we engaged with them to support their efforts.

I thought I would share the story as it is the Irish Echo that made this possible.

I'm sure readers will recall a gentleman by the name of Nick Jordon, who is the CEO of a foundation called “Wells of Life."

Nick told of how his organization brings fresh, clean water to those that don’t have it today. He spoke of villages in Uganda where women will walk five hours to fill jugs with dirty water and carry them back to their villages. His organization raises funds to build wells in these villages. Each of the wells costs $8,000.

Nick's presentation really hit home with me. I drink over 100 ounces of water a day, never mind all the other water I use…and I take it all for granted.

That day I decided that once the restaurant was back on steady ground we would build one of these wells.

As the months rolled by our community continued to step up and support us in massive ways. A longtime friend and customer started a GoFundMe that raised $80k….it was truly amazing. A few months after that we received the Restaurant Revitalization Funding from the federal government, and at that time we knew we were going to make it.

In August, we had a massive block party outside the restaurant to celebrate its 55th anniversary. Hundreds of people in the street, bands playing, games, face painters and, of course, plenty of food and drink.

At that event I placed buckets filled with water all around the party with signs saying “Hold this in the air for just 2 minutes…I promise I’ll explain why later."  People were wondering what it was all about, and a few hours later I told them the story of the women that walk so far and so long to fill buckets, and then carry them back.

I then announced that we would be building a well. We offered people the opportunity to join us. They could make a donation via Check with Wells of Life in the memo field, or they could buy raffle tickets at $5 each. We are raffling off some of our prized sports memorabilia - a signed Jorge Posada jersey, and a signed George Martin helmet, both beautifully framed. We told people if we raise only $100 we would pay the remaining $7900. We told them if we raised $8001, then we would add another $7,999 and build two wells.

Tonight, and as I write, we will hold the raffle. We figured what better time of year than Thanksgiving. Along the way we had to decide what to put on the plaque that is placed on the base of the well.

We decided to dedicate it in memory of Thomas J. Ashton. Tommy was killed on 9/11. He was just starting his career and it was his second day on the job in the Local 3 electricians union.

The Ashton family are dear friends of ours and have been instrumental in the many events and activities in our community. They have done incredibly good things in Tommy's memory that have supported thousands of people in our community and beyond. They have also supported us in amazing ways during the pandemic.

The one thing we decided to do was pay for the well right away. We had the money and what was the point of making a village wait when we could help them right away.

I reached out to Nick and he immediately jumped in and helped us through his organization's incredibly simple process.

He even recorded a video for us to share on social media which was a huge help. I'm happy to say that thanks to his amazing team our well went live last week. This well will change the lives of these people for generations to come. It has impacted us so much that even though we didn’t raise over $8k, we are building a second well.

Tonight we will celebrate and have our raffle - and we will give thanks.

Dan Connor is co-owner of Donovan’s Pub and Restaurant with his brother-in-law, Jimmy Jacobson.