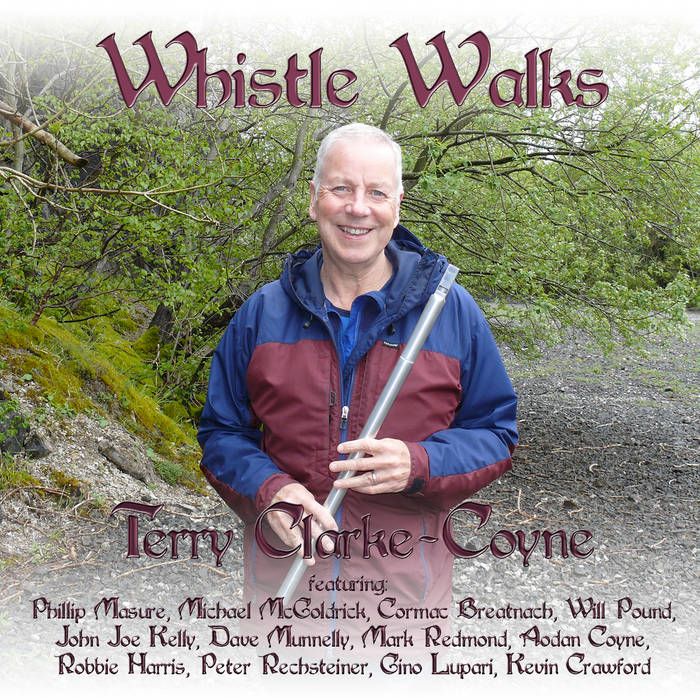 A couple of sad notes to begin this week.  Gregg Burnett, one of the great champions of Irish traditional music, has passed away.  A multi-instrumentalist, Burnett lead the Shamrock Traditional Irish Music Society in Fairfield Connecticut (www.shamrockirishmusic.org), an important organization that promoted only the finest in traditional music, and played with the Shamrogues, a band with a rotating roster that was familiar to many.  He was known for his hard work, kindness and generosity, and his efforts touched everyone he met.  He will be greatly missed.

Tony McLaughlin, a dancer well known to the Irish community in Chicago, has also died.  McLaughlin was the “unofficial mayor” of the Chicago Gaelic Park and Kerry Associations and beloved by musicians and dancers alike.  A person who would do anything for his friends, his presence will be missed but his memory will live on.

On a more joyful note, Terry Clarke-Coyne new album “Whistle Walks” is in the media player this week and it’s a lovely production from a fabulous musician who is joined by an incredible supporting cast.  Traditional music fans will really dig this one, I think ,because the music’s outstanding but also because it presents the last 20 months or so in the best possible light.

A whistle and flute player by trade, Clarke-Coyne is a very fine musician whose reputation is quite strong among his peers.  He grew up in a musical family (his father Eamon Coyne played fiddle for the legendary Liverpool Ceili Band) and he started playing when he was 11 years old.  He recorded a solo album, “The Other Side,” in 2000, but has been a member of a number of groups, including Philip Masure duo, Irish Sea Sessions, Niamh Parsons, John Wright Band, Liverpool Ceili Band, and Garva.

This album he’s put together is a product of Covid-19 moment.  Over the course of the pandemic, Clarke-Coyne produced over 150 “Whistle Walks” videos for his YouTube channel (tinyurl.com/WhistleWalks).  In them, he took viewers on walks around his home in North Wales – places like fields, lakes, and the like – and included live music in each one.  Sometimes these were solo or in-person duet performances, but many of his videos feature virtual duets in the split screen format traditional music fans have become accustomed to.

It’s a fascinating collection of videos, especially since the the array of musicians who joined him is incredible.  A quick look through Clarke-Coyne’s channel reveals names like Mairead Ni Mhaonaigh, Liam Kelly, John Carty, Geraldine Cotter, Brid Harper, John Whelan, Caitlín Nic Gabhann, Dermot Byrne, Niamh Parsons, Kevin Crawford, and many, many others.  None of the videos were particularly long, but each was sweet, warm, and a welcome distraction to an otherwise tedious and wearisome time.

As Clarke-Coyne planned this album, he drew on this “Whistle Walks” video series and enlisted many of the friends he featured on his YouTube channel to recreate some of the “Whistle Walks” music in a more controlled studio setting.  The guests here – a pretty incredible assortment – include Mike McGoldrick, Kevin Crawford, Cormac Breatnach, John Joe Kelly, Robbie Harris, David Munnelly, Gino Lupari, Will Pound, Mark Redmond, Aodan Coyne, Hanna Williams, Kevin Van Staeyen, Natalie Haas, Bernard O’Neil, and Peter Rechsteiner.  Each brings great personality to the tracks on which they appear.  (Quickly: the liner notes direct listeners to Clarke-Coyne’s YouTube channel to see the original collaborations, which is a nice touch.)

All the music here is quite lovely.  I’m particularly drawn to “Belfast’s Secret Garden / …” (with Crawford), “Bird in the Bush / …” (with McGoldrick, Lupari, and Pound), and “The Longer Note” (with Cormac Breatnach) because they’re great performances, but also because the energy Clarke-Coyne shares with each player is very clear.  It makes for excellent tracks.  I also quite like “Irish Mass / …” which pairs Clarke-Coyne on low whistle with Williams playing pipe organ.  It’s a graceful sound and a beautiful combination.  Clarke-Coyne gives us an unusually jazzy feel with his original solo air “Freeform,” and it really draws the ear.  I also find Munnelly’s track is quite attractive as well – the two play brilliantly together.

“Whistle Walks” is an album that I think folks will want to check out.  The concept itself is interesting (and hopefully just a throwback to a different time!), but the execution is even better.  Some fabulous music here, and for those interested some great cross platform exploring to do.  Have a listen, I think you’ll enjoy this one!  To learn more and to order, visit terryclarkecoyne.com.