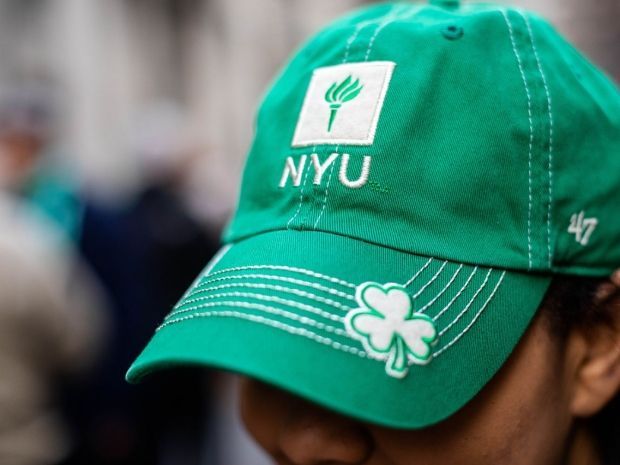 The conference includes a report on the "Black, Brown and Green Voices Project."

New York University is marking “Black History Month Ireland” with the publication of a new report on the Black, Brown and Green Voices Project.

The conference is taking place under the guiding title of  “Where Do We Go from Here? Revisiting Black Irish Relations and Responding to a Transnational Moment.”

The conference’s online panels will take place on November 5, 12, and 19 in partnership with NYU’s Glucksman Ireland House, NYU’s Gallatin School of Individualized Study, and other high-profile institutional partners in the United States and in Ireland.

The Black, Brown and Green Voices Project is an oral history and public humanities project aimed at amplifying the profiles of Black and Brown Irish Americans and their experiences. One of the report’s recommendations is to augment engagement across disciplinary, ethnic, and geographic borders, and, said a release, “it is in this spirit that the upcoming conference was conceived by NYU scholars Kim DaCosta and Miriam Nyhan Grey.”

Actor Ruth Negga, known for her inspiring performance in Loving (2016), for which she received an Academy Award nomination, will be interviewed by DaCosta and Grey.

In other programs associated with the conference, Lenwood Sloan (African American Irish Diaspora Network), NYU ethnomusicologist Mick Moloney (NYU), and Lauren Onkey (George Washington University) will discuss the crosscurrents of the experiences of people of Irish and African ancestry in cultural practices on a panel moderated by folklorist William “Bill” Ferris, former chair of the National Endowment for the Humanities.

Along with the anchor sponsors, the conference is presented in partnership with the Brademas Center (NYU), Office of Global Inclusion, Diversity and Strategic Innovation (NYU), Department of History (NYU), Center for the Study of Africa and the African Diaspora (NYU), Institute for Public Knowledge (NYU), Deans for the Humanities and Social Sciences (NYU), UCD Clinton Institute,  African American Diaspora Network, Consulate of Ireland (NY), Embassy of Ireland (Washington DC), NYPL Schomburg Center for Research in Black Culture, Tenement Museum New York, the Society of Fellows and Heyman Center for the Humanities at Columbia University, Irish Network Against Racism (INAR) and Black and Irish.