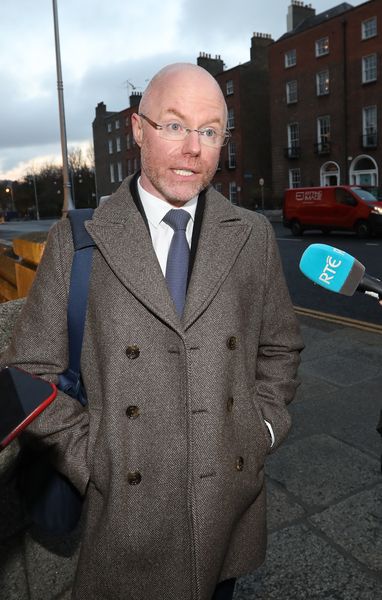 The new Covid variant is “likely” to be in Ireland, this according to Minister for Health Stephen Donnelly.

With Omicron already identified in Scotland and England, Mr. Donnelly said it was likely that there will be cases in Ireland in the coming days.

He said a number of cases were being studied at the moment and “on the basis that Delta is almost all of the cases we’ve had here, any variance from that there is a reasonable assumption that it could be this new variant."

The minister said that people’s combined efforts as well as the booster program do appear to be working with the Delta surge, however, with the new variant there is, he said, a “big question mark."

“Ireland and every other country now is looking to and participating in work to answer these big questions and so there is no government right now who could predict what measures may be in place in four weeks time because obviously its moving very quickly.

“Hopefully what we are going to find out is that it is no more transmissible than Delta; that it doesn’t make people any sicker than Delta and that the vaccines work,” Donnelly told RTÉ.

Meanwhile, Ireland is stepping up its booster vaccination drive.

The program is being extended to cover all those aged 16 and above. Minister Donnelly welcomed the National Immunisation Advisory Committee (NIAC) recommendations.

“I am accepting and authorising these latest recommendations on the basis that a significant amount of planning will be required to operationalise these booster doses,” he said.

“We continue to prioritise boosters because we know that they are having a positive impact on the level of hospitalisation, severe illness and mortality from Covid-19 in those aged over 70.

Tánaiste Leo Varadkar, who is also a medical doctor, said: “I think it’s becoming increasingly clear that this is going to be a three dose primary course vaccine.

“A lot of vaccines, hepatitis, HPV, some of the childhood vaccines, you need three doses before you’re fully vaccinated.”

In the U.S., meanwhile, President Biden has described the Omicron variant as a cause for concern, but not for panic.