Home King Derek is back for 'night of storytelling and song' 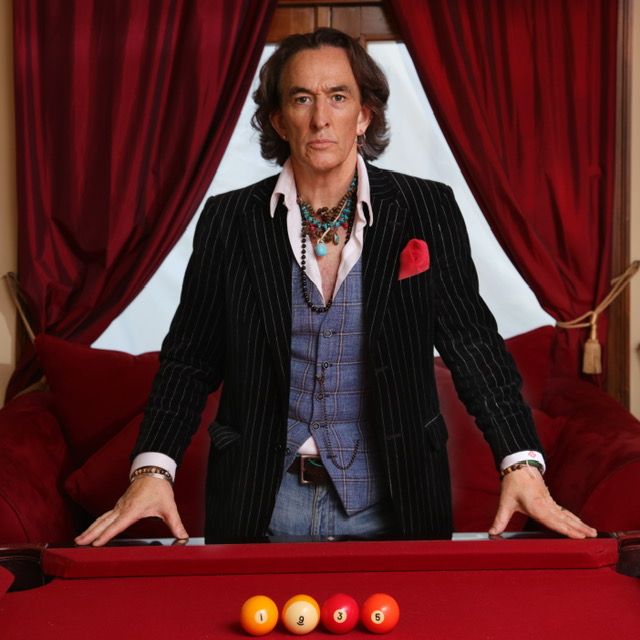 Derek Dempsey will perform at the Cell Theatre, West 23rd Street, on next Wednesday evening.

King Derek is back for 'night of storytelling and song'

Derek Dempsey was once asked by an uncle what he wanted to be when he grew up. “A singer,” the youngster said. The uncle responded that it would be better to get a trade.

Dempsey would get to perform in Vegas and many other places far from his Dublin home. It’s in Manhattan, however, where the man they call the King of Times Square is perhaps best known.

“Since then, with so few places to perform, like so many others, I have reinvented myself. I’ve become a talk-show host on ‘What is America To You?’ [which has included his interviews with Don McLean of ‘American Pie’ fame, see link to Episode 16 below, Phil Coulter, Mari Wilson, Gerry Leonard and many more], a house handyman, a pizza-eater, a mirror-avoider and finally a runner who has thankfully mended his relationship with the looking-glass.”

The King is back, though,  25 or so blocks to the south in Chelsea at the Cell Theatre, at an Irish American Writers  & Artists presentation, “An Evening With Derek Dempsey,” next Wednesday, Nov. 17, at 7 p.m. Click here for tickets and other information.

He has promised a batch of original songs composed for his next album, “The People Always Pay,” and will discuss with Brendan Costello Jr., vice president of IAW&A, his inspirations in a "night of storytelling and song.”

He will also perform work from his first two American albums “Finally” and “What’s The Color Of Poverty?” and from his last in Ireland, “Music For Chameleons.”

“And interspersed throughout the night will be four or five cover songs, that mean a lot to me, and are in line with the conceptual theme of ‘The People Always Pay,’” Dempsey added.

“Someone once said — I think it was David Bowie — that all artists spend all of their life refining one subject in their art. In Bowie’s case it was themes of alienation and dystopian futures. In Philip Lynott’s case it was addiction and the search for elusive love. In my case, it’s human rights and any form of injustice,” he said.

On a recent trip home to Dublin, he had lunch in Rathmines with former Horslips member Eamon Carr, “one of the nicest people you could ever meet,” who offered him some great pieces of advice about upcoming projects, including the album.

“Horslips is the band who started it all for Irish rock music in the 1970s,” Dempsey said.

Carr was also the guy who predicted in the Evening Herald “that I was someone most likely to succeed, based on a performance in the Underground Bar on Dame Street when I was 15 years of age.”

The year before, he had been thrown out of school, having stopped going at 12.

“I’m pretty sure I stopped listening — if I had ever begun listening — when they introduced algebra,” Dempsey said.

“I felt I never belonged in Dublin or Ireland. I was, like many young kids in Ireland, intrigued by America,” the singer-songwriter recalled. “Elvis, Sinatra, diners, big long Cadillacs and the Stars and Stripes. Whenever I found a pillow-case being discarded I’d requisition it and draw the Stars and Stripes on it with blue, red, and navy sharpies.

“It was in my cards of destiny that I came to the land of dreams and possibilities,” said the Crumlin native.

Dempsey said, “Twenty-two years later and so many missed milestones with my parents, siblings, friends, and the death of my father, I have been left with a strange feeling of being internationally rudderless and somewhat nationalistically orphaned — though, like Charlie Chaplin, I consider myself a Citizen of the World.”