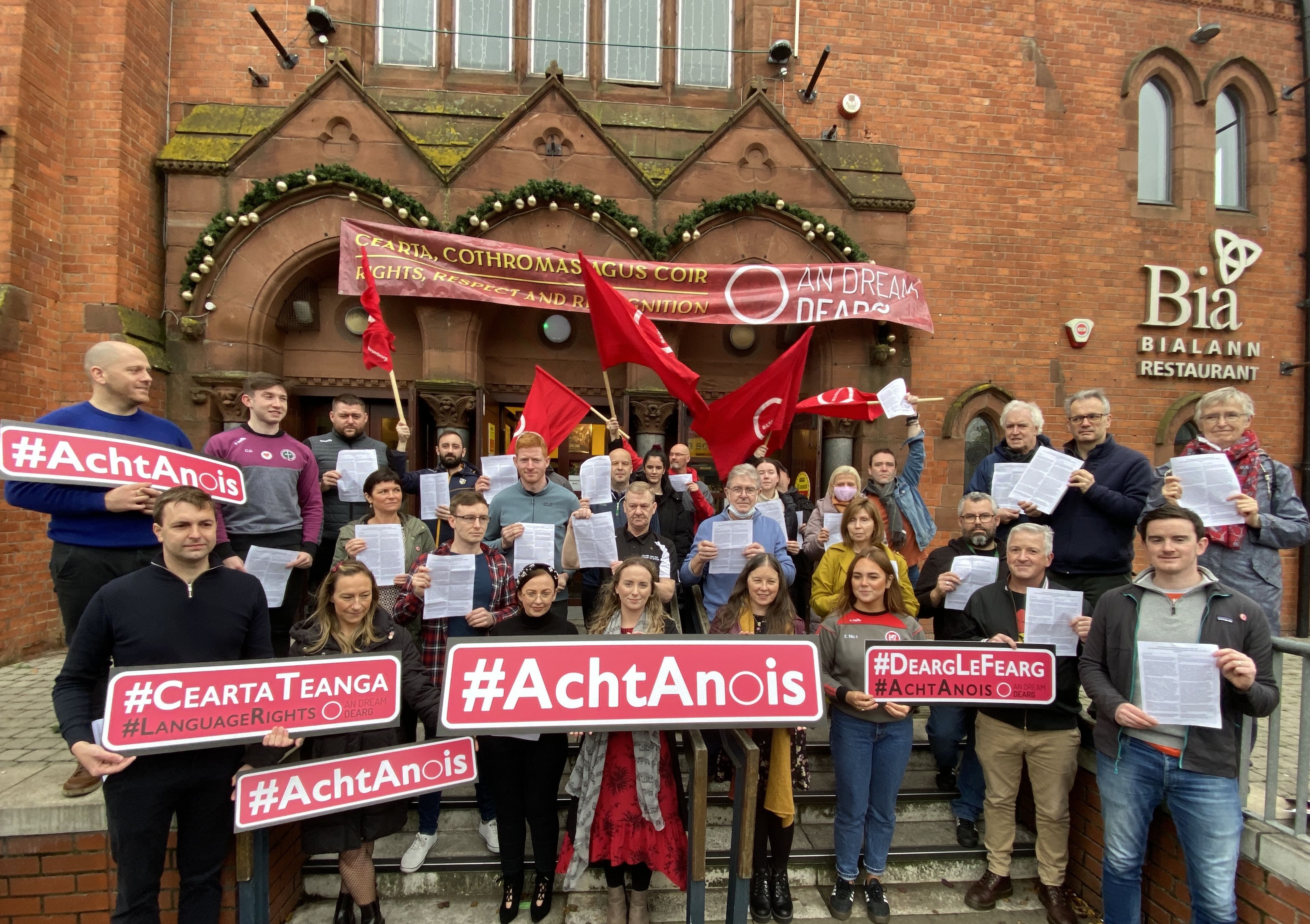 Following a continuous veto over language rights at Stormont, the letter states: “the DUP and others cannot be allowed to facilitate the continuous marginalisation and exclusion of our community," whilst indicating to the British Government that “community confidence in them is now incredibly low”.

Stated a release: The New Decade New Approach agreement (January 2020) committed parties and Governments to implementing Irish language legislation within 100 days. By 17 June 2021, the SOS Brandon Lewis gave the Stormont Assembly a final deadline of September 2021 to enact the legislation, otherwise, he committed publicly that Westminster would bring forward the legislation directly by October 2021. That deadline passed and to date no Irish language legislation has been moved or scheduled to be passed at Westminster."

Speaking at the launch of the community letter to the British Government outside Cultúrlann McAdam Ó Fiaich, Pádraig Ó Tiarnaigh, spokesperson for An Dream Dearg, said: “The Irish language community has come together to demand in one voice the immediate implementation of Irish language legislation. Our community was promised a new era of equality in the 1998 Good Friday Agreement.

That “resolute action” for the Irish language has never been realised. Time and time again our rights have been denied, vetoed and obstructed by the DUP and others who have yet to accept Irish speakers as equal members of society.

"Our campaign is calling time on the continuous marginalisation of our language and our community. The British Government must now fulfill their own promises and commitments. Not only are they co-guarantors of the Good Friday Agreement and St Andrew’s, they, alongside the Irish Government, are also co-authors of this Irish language legislation published as a cornerstone component of New Decade New Approach.