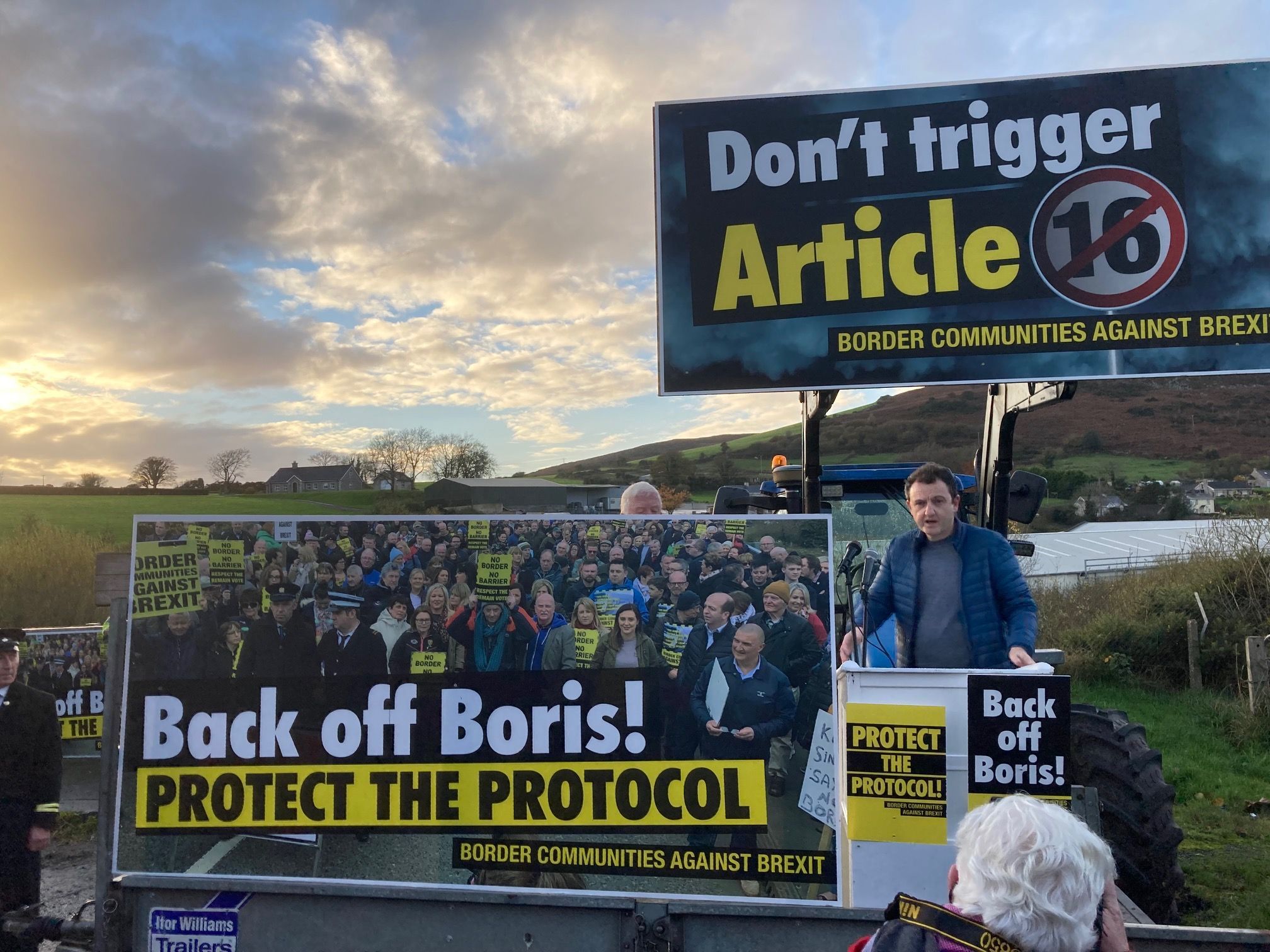 The campaign group Border Communities Against Brexit staged five protests Saturday at different locations along the border in Ireland.

According to a release, the message at all the gatherings was simple: “We will never, ever accept a hard border on this Island never, ever again."

Added the release: "Unfortunately, bad news sells newspapers, and we are utterly fed up for months listening to daily negativity about the (Irish Sea) Protocol.

"We are here today to stand up for the Protocol, to say to the British Government, implement what you have agreed.

"To the EU, we say yes, be flexible, come up with workable solutions, and if the UK government triggers Article 16, then you must stand together, solidly, shoulder to shoulder with Ireland, and especially with those of us living in Border Communities.

continued the release: "The UK must fully understand that triggering Article 16 is a huge act of bad faith, and a total disregard for the Good Friday Agreement.

"We have seen a 61% increase in trade North/South, and a 47% increase in trade South/North. Businesses are moving from South to North because of the Protocol, business are expanding, such as Almac, with over 1,000 jobs, while Coca Cola’s packaging partner just announced a £200 new million factory in Belfast.

"Remember our simple message, 'back off Boris,' do not trigger Article 16."