Home A Presidential Book - And It's Free 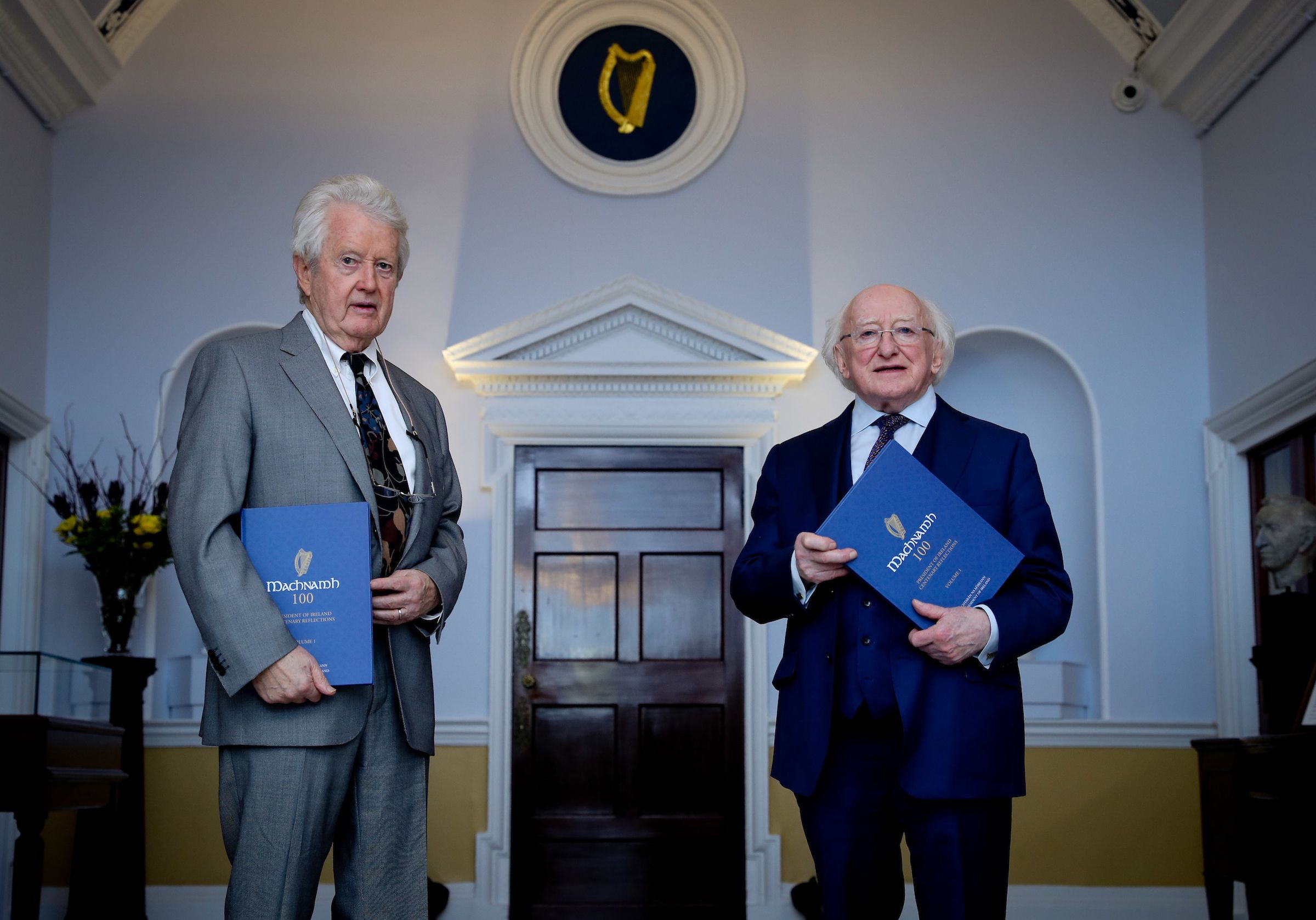 A Presidential Book - And It's Free

President Michael D. Higgins has announced the availability to the public of "Machnamh 100 – Centenary Reflections, Volume 1."

The book is available in eBook format free of charge at www.president.ie.

The book, stated a release, brings together the speeches and discussions, chaired by Dr. John Bowman, at the first three of the president’s series of six Machnamh 100 seminars looking at the events of a century ago.

The papers and discussions in the book will be of particular interest to anyone with a love of history, and provide a fascinating consideration of what is collectively remembered, and how it comes to be so. In addition to being available on president.ie and in public libraries and universities, the eBook will also be available and promoted via Scoilnet, the Irish government's Department of Education official portal for Irish education, to post primary teachers, and to students throughout the network of 749 post primary schools.

President Higgins said: “The Irish people have shown a great interest in considering and reflecting on the seminal events of 100 years ago. In my conversations with a great many of our citizens over the last ten years, I have seen the desire which we have as a people to look again at those formative events, to challenge our preconceptions, and in particular to listen to those voices which have not always been heard or have been underrepresented in our traditional readings of the period.

"That is why I invited scholars from different backgrounds and with an array of perspectives to share their insights and reflections on the context and events of those seismic events of a century ago, as well as on the nature of commemoration itself.

"I am delighted to now be able to provide in full the very valuable contributions which those scholars have made to all those who are interested in reading them through the publication of ‘Machnamh 100 – Centenary Reflections, Volume 1’. May I invite the public to read them and it is my hope that it will help all of us to explore more fully the various aspects of that seminal period in Ireland’s journey, and its legacy for the societies and jurisdictions that were to emerge subsequently.”

Dr. Bowman said: “I found especially ambitious – and promising – President Higgins’ choice of title for the series: Machnamh. This Irish word encompasses consideration, meditation, reflection and thought. What better attributes could be brought to an understanding of the more controversial events which mark the Decade of Centenaries?

I hope that in reading this collection, the public will be provoked to engage in their own process of Machnamh around these formative events.”

The second seminar, held in February 2021, was on the topic of ‘Empire: Instincts, Interests, Power and Resistance’ and focused on imperial attitudes and responses to circumstances in Ireland, the forms and practices of resistance to Empire in Ireland, as well as resistance to nationalism in its different forms and expressions.

The third seminar, in May 2021, was titled ‘Land, Social Class, Gender and the Sources of Violence; Recovering Reimagined Futures’ and focused on issues of social class, land and the role of women, including how particular gradations of violence emerged and were inflicted on women, forms that were class-based and other forms of violence.
T

The book also includes a number of photographs from the period which have been made available courtesy of the National Library of Ireland.

The second series of the remaining three Machnamh 100 seminars will commence with the fourth event, which will be available from Thursday 25 November on the president.ie website and the RTÉ Player, where recordings of the seminars featured in this book can also be viewed. The second series will focus on subsequent events, including the Civil War and the formation of the two new administrations on the island.

The second series of seminars will also be published in book format as "Machnamh 100 – Centenary Reflections, Volume 2" upon their completion in late 2022.