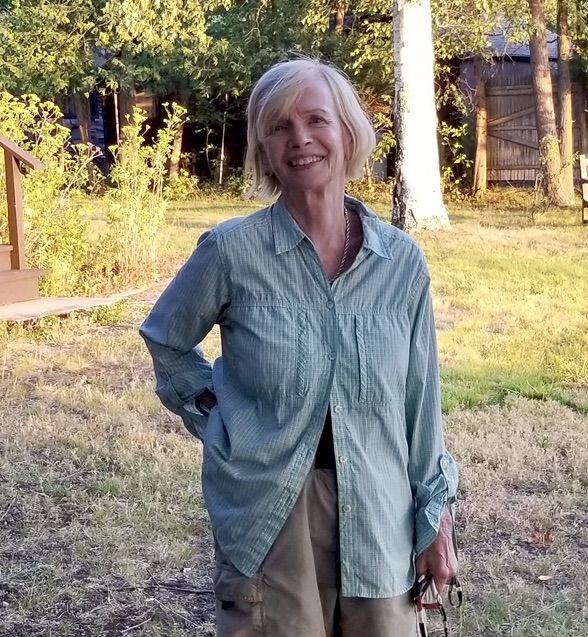 Patrice Hannon opened with a vivid scene from her historical novel, “Black Tom: A Novel of Sabotage in New York Harbor.” She brought us to the scene of the massive 1916 explosion that rocked New York and New Jersey when German saboteurs blew up the Black Tom munitions depot in Jersey City close to the Statue of Liberty. “Black Tom” depicts this dramatic event and its profound effect on an Irish-American family. Author of two books on Jane Austen, Patrice [patricehannon.com] is at work on another novel.

Brendan Keane, a New Yorker living in Connemara, Co. Galway, is novelist, poet and printmaker. He delivered the final installment of his darkly atmospheric story, “Big Baby Goes to Hollywood,” about a couple making a movie about their dysfunctional relationship. Brendan is currently working on his first collection of short stories in the Irish language.

Making her Salon debut, Samantha Kirby read from her debut collection “Lunatiques"—which she describes as “people transforming based on phases of the moon.”  In “Trash Moon Lives!” a solitary professor is welcomed to an unforgettable party with magical beings. Samantha has an MFA in Creative Writing.  Follow her at Instagram @s.n.kirby   Poet, educator and veteran Anthony Roberts read from his recent collection “The Clearing Barrel.” His superb selections dealt with faith and the futility of war. They included “Cold War Poem 1979,” “Gold Star,” “Veterans Day” and “Hulme’s Elegy” to the modernist poet T.E. Hulme who died in WWI--

even a century later...”

Anthony (www.varangiwriting.com), together with Samantha Kirby. will host a reading on Dec. 2, 7 p.m. at KGB Bar in New York City.

Three dynamic voices The Mountain Maidens -- Marie Mularczyk O'Connell, Candice Baranello and Lorraine Berger – delighted us with three songs, each based on poems. “Raglan Road” based on the poem by Patrick Kavanagh, “Nora” and “Star of the County Down.” Tonight, they played banjo, guitar and mandolin. In fact, the women play an astonishing array of percussive and string instruments. Connect with Marie, https://www.facebook.com/marie.m.oconnell.

Your correspondent Karen Daly presented her current project: researching the history of certain New York City locations and showing their incredible connections. She traced the story of one midtown location that went from being a chapel, then a   church, a garage  and eventually a Broadway theatre founded by a fabulous Irishman. Actor, singer, and teaching artist Eric Poindexter stunned us with two a capella songs. His choices showed his dreamy voice and kind spirit--

“What a Wonderful World” and “Over the Rainbow.” Eric’s Christmas Concert will be on Dec. 4 at Symphony Space, 95th and Broadway.

Dialing in from New Mexico, Bill Nevins is immersed in poetry and Irish American circles in that beautiful place. His poem “Cyberia” describes a fearful dream of poets consigned to Siberia.  “New Skibbereen” from his collection “Heartbreak Ridge and Other Poems” infuses Irish history into a visit to contemporary Ireland.  Purchase Bill’s work at Amazon or from him directly at  bill_nevins@yahoo.com

Our traditional “closer” and beloved Salon founder Malachy McCourt’s memoir, “A Monk Swimming,” is about to be re-issued. Accordingly, Malachy shared what amounted to a master class on memoir writing: “No rules...memoir calls for your imagination... feelings, not facts...write about the thing that shamed you…” Demonstrating how it’s done,  he read a poignant story about his father.

In a joyous postscript, the Mountain Maidens sang their signature birthday song to Malachy in honor of his special birthday in September.