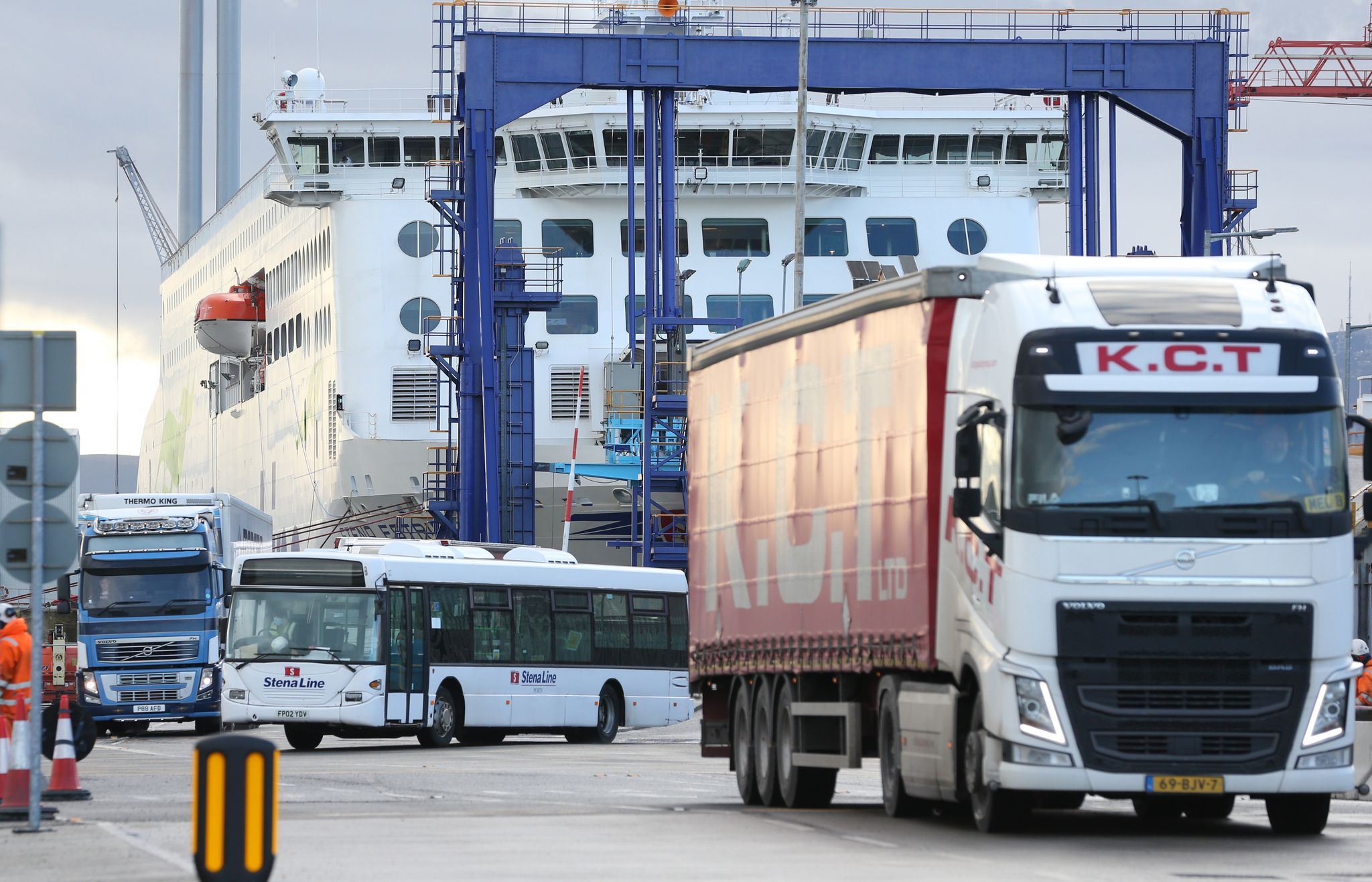 A haulage freight truck, or articulated lorry, after driving off a cargo vessel at Dublin Port in 2020. Sasko Lazarov/RollingNews.ie

Taoiseach Micheál Martin has said that Ireland will not face the lorry-driver shortages that have disrupted the supply chain in Britain in recent weeks.

For over a week now long queues have formed outside garage forecourts in Britain brought on by a shortage of petrol, due to lorry-driver shortages. Consumers are also complaining of empty shelves in supermarkets.

Britain has a shortfall of more than 100,000 haulage drivers. Part of the problem is that with Britain no longer part of the EU, drivers from Europe can no longer enter the UK freely as they could previously. British prime minister Boris Johnson has warned that supply issues could last until Christmas.

Mr. Martin said Ireland will not face the same problems because of contingency plans made ahead of Brexit.

Speaking from Europort in Rosslare, Co. Wexford, he said: “Suffice to day from my briefings over in the port and here that the preparations that Ireland put in advance of Brexit have worked.

“And it was done against a fairly tight timeline.

“Now there are wider issues, more than just Brexit afoot, within the UK.

“I’m not so sure the same preparations have occurred in the United Kingdom.

“I think the migration issue within the UK, the decision to, for example, create obstacles and barriers to people coming from Europe to work in the UK, is a factor across the board. We don’t have that here.”

He said Ireland would be taking “nothing for granted.”

“We need to be flexible in terms of people coming into Ireland to want to work in this sector,” he added.

“We’re steady as she goes, and as far as we’re concerned, we’re not getting the same impacts as are currently happening in the UK.”

In Northern Ireland, meanwhile, there are no petrol shortages nor are shelves empty in supermarkets.