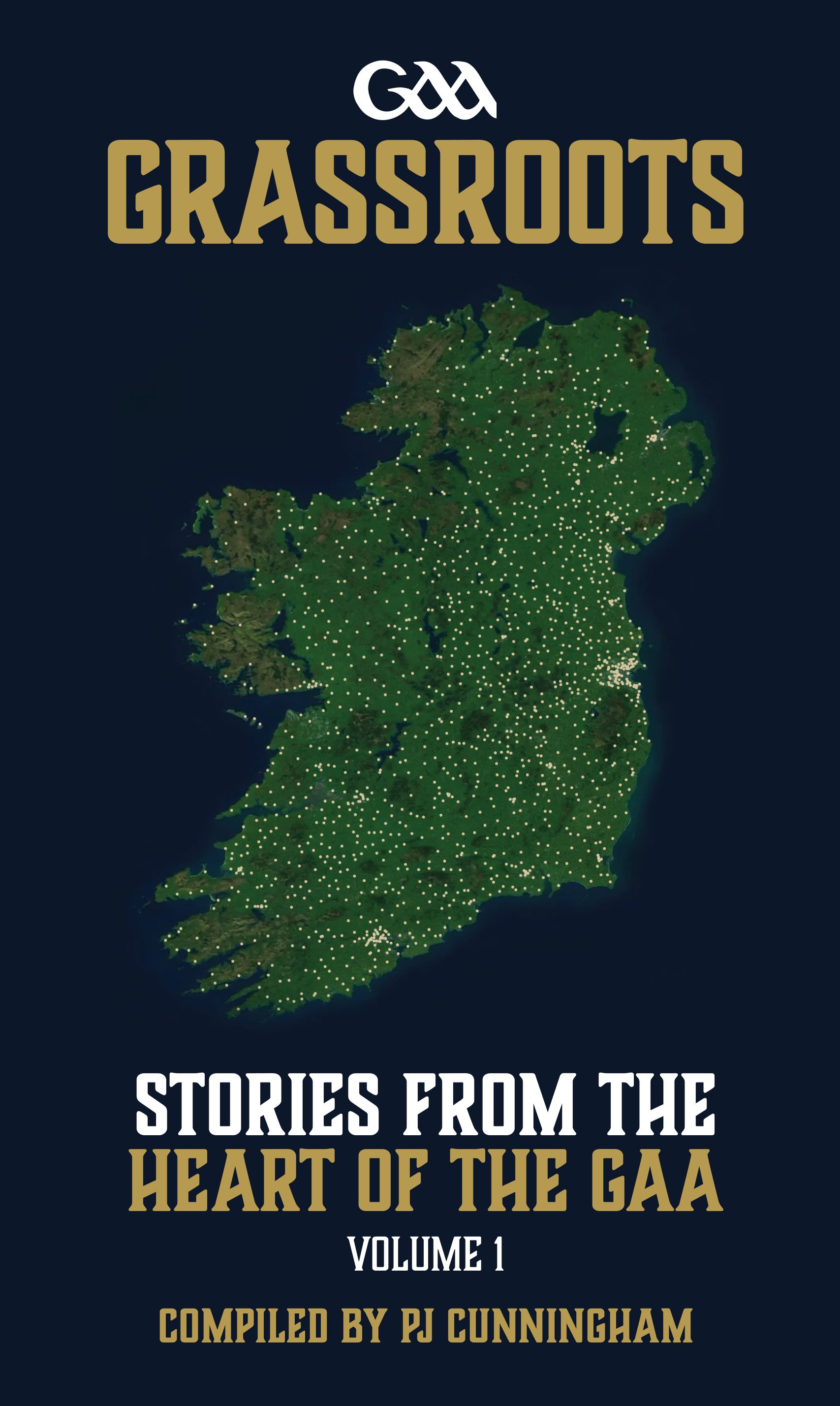 New York and USA stories figure prominently in a fascinating new book on the GAA – written by people at the heart of the association nationwide.

"Grassroots: Stories From The Heart Of The GAA" is a treasure trove of GAA memories, tales and incidents spanning over 150 years.

“The book generated an incredible response from every county in Ireland, as well as from the Irish abroad,” said author and journalist, PJ Cunningham, who collaborated with Croke Park on the publication. “I have included stories not only since the GAA’s foundation in 1884, but from before, through to the Civil War and up to modern times.

“The collection is, in essence, the first time that this rich oral tradition of sideline and on-field stories have been put together and published in this form.

“It provides snapshots into the history of the GAA, recounted by the people at the heart of the action, whether those stories are happy or sad, dramatic or ordinary.”

Volume one has just been published and such was the response from the GAA community that work has already begun on a second collection.

The first edition includes stories from the rich history of New York GAA. Brendan Tumelty, for example, was a great Wicklow player who emigrated to the Big Apple in the late fifties where he became a prominent member of the NYPD.

He was also a star in a very star-studded New York Gaelic football team of the sixties. He played one final match to end a sterling career against the globe-trotting Aussie ‘Galahs’ team.

This squad was laden with Mr Universe figures and used their power to overwhelm opponents on the pitch. The legendary John ‘Kerry’ O’Donnell beseeched 6’5” Tumelty to do something about their dominance at half-time – and the ensuing row led to one of the most celebrated rounds of fisticuffs on the famed Gaelic Park turf.

How the Detective decked their talisman Ron Barassi is still talked about – even in Australia. Indeed, when an Aussie TV company made a ‘This is your Life’ programme for Ron some years later, secretly they flew Brendan out to be part of the occasion.

Another well-known New Yorker, Mike Burke, who wrote the story got late player to explain what happened: “Those moments on the pitch and in the hospital were the full extent of my contact with the legendary Ron Barassi until I received that phone call from an Aussie television network. A producer there asked me if I was the Brendan Tumelty who had played against Australia back in 1967?

“I told him I was one and the same and then he asked me if I would travel to Sydney to appear on a special ‘This Is Your Life’ show which was featuring Ron Barassi.

“It was a great opportunity and I accepted the invitation even though I’d heard back from some of my army friends who served down there that I wasn’t exactly the most popular figure in that country.

“The term ‘big Irish donkey detective’ reflected my standing among their sports fans and when I arrived, I could detect that I wasn’t exactly the most popular guest with the TV crew either.

“When they brought me to the studio where the live broadcast was already in production, I became worried at the negative reaction my appearance was likely to cause. I also wondered how Ron would react to having this guy who broke his jaw, foisted on him in the middle of a programme eulogizing him.

“One of the directors saw my unease and kindly offered me a little liquid fortification which I gladly availed of. As I imbibed the local beer, I watched the procession of tough-looking individuals from the Aussie Rules game taking their cue to laud the fearlessness and capabilities which hallmarked Australia’s favorite sporting son of the time, Ron Barassi.

“As the show reached its later stages, Ron was asked about the year 1967 when the Aussie Rules team beat All Ireland champions Meath and later Mayo. Then the presenter said: ‘You also made a stop in New York before  returning to Australia.’

“Ron replied: ‘Indeed we did. We played the New York Gaelic footballers in a little dust bowl of an arena in the Bronx where there were trains whizzing right around the ground.’

When asked if they had won the game, he stated: ‘No we really got our asses kicked there in every respect.’

The anchor man queried the injury Ron had shipped, to which he replied: ‘Yea, I tangled with this big Irish detective Tumelty and came out of the confrontation with a little facial injury…he’s not here…is he?’

“The man with the mic said: ‘Come in Brendan Tumelty’.

“A total hush settled on the audience as they looked to the entrance. I was feeling the effects of the few drinks and decided that the best chance I had of breaking the ice was to come into the studio doing the ‘Ali Shuffle’, as Muhammad Ali was very popular globally at the time.

“Seeing my antics as I shadow-boxed and shuffled my big feet, Ron burst into a fit of laughter and whatever animosity there may have been among the audience before, immediately evaporated. We had great fun for the rest of the show.”

They pair became firm friends and both dined out on the dust up in the Bronx when they visited each other up until Brendan’s death seven years ago.

New York native Peter Nolan writes a beautifully crafted story on his experiences through life on being the son a former New York and Offaly legend of the same name.

Recalling some times when doors opened on account of his name, Nolan junior writes: “In 1979, I was playing for the New York minors. We were stationed in Tuam and so a few of us were brought to the dog track by one of my father’s former rivals, the legendary Sean Purcell. My dogs lost every race that night but Purcell and his fellow ‘Terrible Twin’ Frank Stockwell, whom I would also meet on that trip, were vocal in their admiration for my father, easing the blow of a handful of pounds lost.

“Some years later while on our honeymoon, my wife and I stopped at a well-known pub in Waterville, Kerry. I was aware of the owner’s identity but never expected to meet him. In fact, we had stopped by to say hello to a friend we had known from New York that worked in the bar in question. Then as we sat down while attempting to decipher whether the locals at the bar were speaking English or Gaelic, the great Mick O’Dwyer himself came out to meet us.

“The famous Micko was generous with his praise for my father and greeted us like old friends, making for a warm welcome and lovely memory.”

There are also hilarious contributions from Pat Uniacke about a Connemara Gaels manager who found himself in the wrong dressing-room while Paul Mulcaire gives a funny account of a day when the hands of time simply refused to go backwards!

“The folklore and stories that built up around our games are part of the reason that the organisation occupies such a special place in Irish society,” said GAA President, Larry McCarthy, who became the first New York based leader of the association.

“The GAA has always been about more than just games, it is part of what we are. The reach and influence of the association and the focal point it creates in so many communities, mans it has attained a special place in the lives of so many.”

“Grassroots: Stories From The Heart Of The GAA” (Vol 1), is due to be launched by the President in Croke Park later this month.