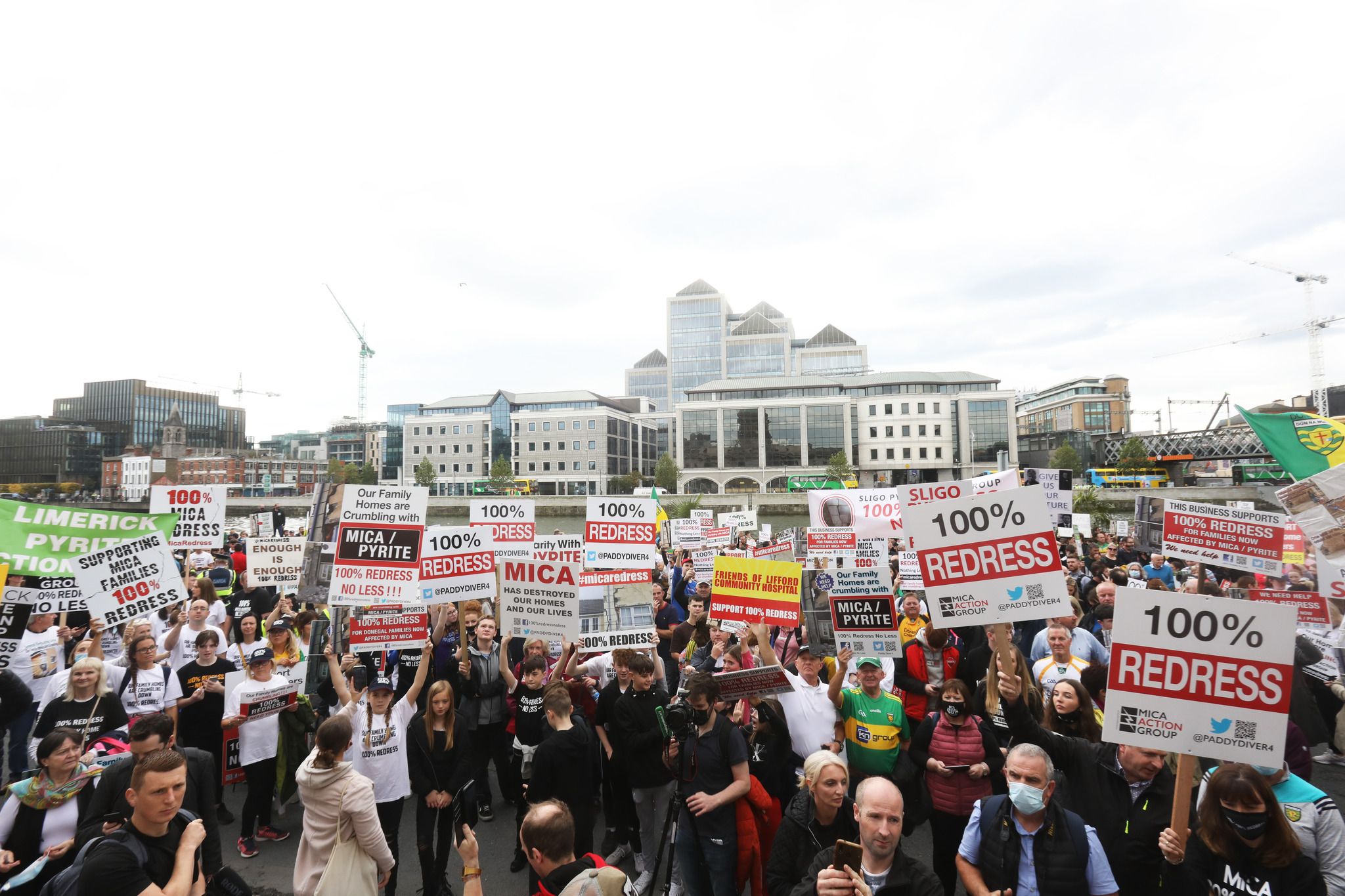 Reporting from hard-hit Donegal yesterday, the Guardian said that an estimated 20,000 homes are affected, though, It added, nobody knows for sure how many have been hit "by the so-called mica disaster but there are reports that homes across other counties are now being identified as part of the catastrophe.”

Houses, it said, “have been built with defective building blocks loaded with excessive amounts of a naturally occurring mineral known as mica,” too much of which "causes the blocks to absorb water, ultimately causing it to crumble."

Campaigners say such blocks should’ve been removed from the market when problems became apparent some years ago.

Those taking part say today's action is a final push ahead of a Government decision on a redress program for affected homeowners.

It comes as the Minister for Agriculture said he believes that a Mica Redress program that meets the needs of homeowners can be delivered.

Speaking at today's demonstration, Charlie McConalogue, who after being briefly booed by the crowd, told them that he was committed to 100 percent redress.

Mr McConalogue said that he was "really confident" of a good outcome.

The Donegal TD said that it was important that those affected are supported in getting their lives back on track.

Earlier this week, Minister for Housing Darragh O'Brien told the Dáil that he would not delay introducing a significantly enhanced mica redress scheme to deal with what he described as an "absolute tragedy".

Coalition leaders are involved in talks on the redress scheme and a decision is expected in the coming weeks when a memo will be brought to Cabinet.

However, demonstrators are disappointed with soundings from Government so far and insist 100 percent redress is what is required - a call backed by the main opposition parties.