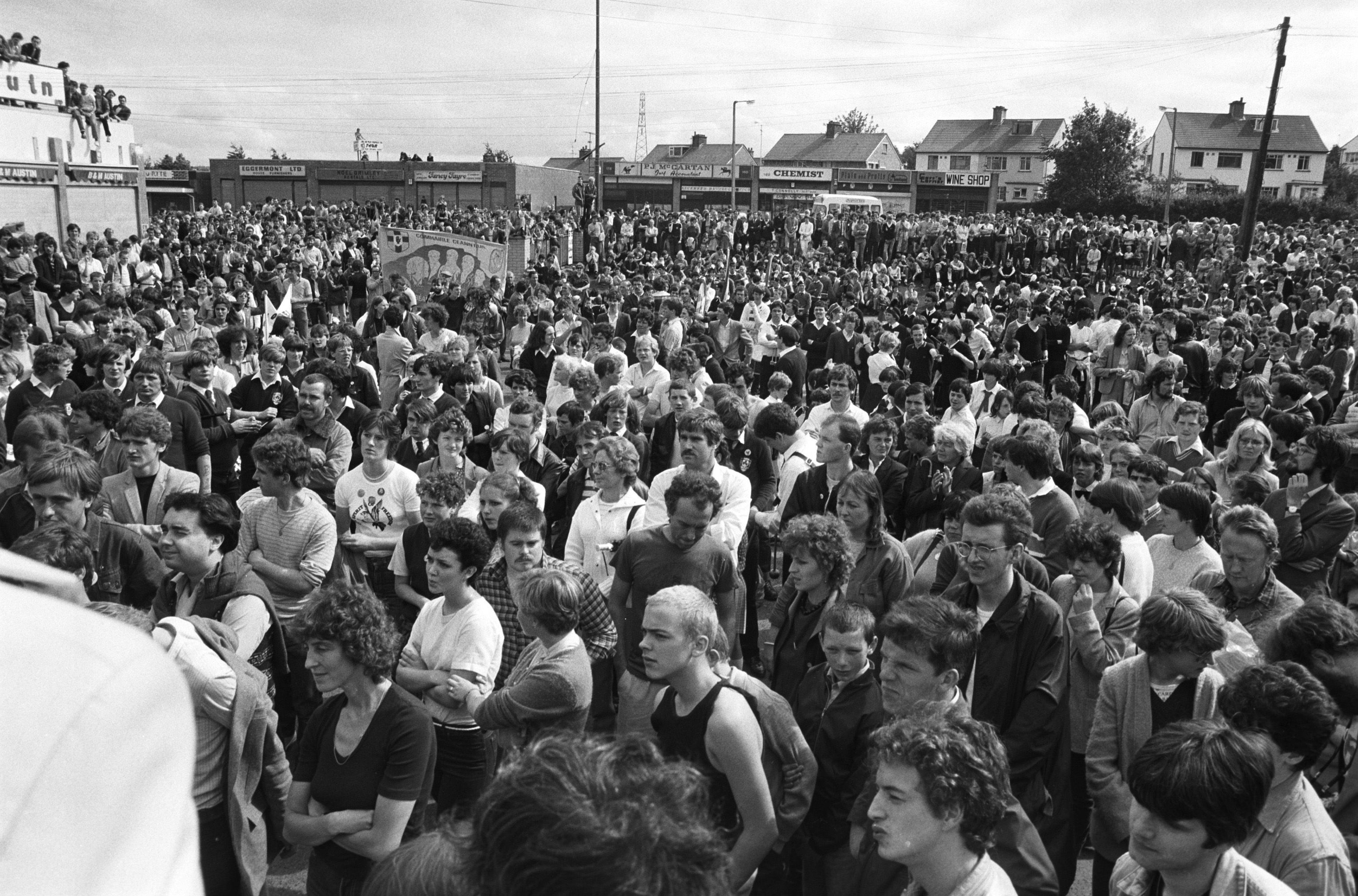 CIVIL AND HUMAN RIGHTS ABUSES: Demonstrating in Belfast in August 1982 to mark the anniversary of internment. belfastmedia.com

I was particularly impressed with the recent article on internment written by Ed Neafsey. It was comprehensive and informative. It should serve as an educational piece for Irish Americans. We need more of this type of writing about heritage, history and culture, identifying specific related events over time, connecting dots, providing background and impacts, significant achievements, failures and lessons learned (or not learned), etc.

Given that the 100th Anniversary year of the Partition of Ireland is winding down,and that the real meaning and impact has not produced a persistent and loud outcry from Irish America, I would like to see similar comprehensive reporting on partition related topics.

For example, reporting on why and how partition was generated and by whom, reporting on the British government and Protestant leaders governance of the six counties, on religious sectarianism and discrimination coupled with a police state, gerrymandering, internment without trial, civil and human rights abuses, discrimination in housing, jobs, voting.

The reasons for the Civil Rights movement in 1968, the government and Protestant reactions to that effort for justice leading to the "Troubles" (a British propaganda euphemism), the living conditions for Gaelic Irish during that offensive period and its impact today (with barriers in Belfast to separate communities, marches and flags, continued paramilitary groups, etc.

How was such a tyrannical governance allowed to function for about 80 years (and currently)in western civilized Europe? The international conscience should be ashamed. Also, given that scandalous record, partition of the island of Ireland should not, on moral grounds, be allowed to continue.

One key requirement to at least aspire to is a constructive and peaceful unified society in the island of Ireland and for the British government authority, in its oldest colony, to be rescinded immediately. Britain's specious argument about "constitutionalism," a pliable, unwritten constitution, is outlandish.

They had their chance, showed their true colors, and failed.